You are at:Home»Current in Carmel»Carmel Community»Grand Park will amp up tourism

The impending completion of Westfield’s Grand Park sports facility will have a huge impact on local, regional and state economies, as well as adding just one more reason why Hamilton County is one of the top places in the U.S. to live and raise a family.

The Westfield Mayor’s office estimates that, during a five-year period, the park will generate more than 17,000 jobs at an average annual salary of $43,000. They are also forecasting 400,000 visitors per year in the first year alone and estimate those visitors will stay in Hamilton County for two to four days per trip. This will add up to about 1.5 million daily visits per year, and will add an estimated $1.04 billion to the local economy. 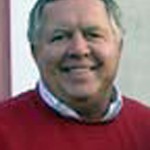 Carmel Chamber members learned more details of the Westfield Grand Park Sports Development at a lunch on Aug. 14. Steve Henke and his son, Brad, of Henke Development Group, LLC, along with William Knox of the Hamilton County Sports Authority (a department of the Hamilton County Convention and Visitor’s Bureau) presented to a full house at the Bridgewater Clubhouse in Westfield.

According to Henke, Grand Park will spread across 400 acres in Westfield, bordered on the north by 191st Street, the south by 186th Street and the west by Springmill Road with the eastern edge nearly bordering U.S. 31. Henke pointed out that when U.S. 31 work is complete and it becomes a freeway, there will be easy access to the park via two-laned roundabout interchanges.

Scheduled to open in April 2014, the park will feature 26 baseball diamonds, 31 multi-purpose fields for soccer, lacrosse, football, rugby and field hockey and two multi-purpose indoor facilities. An elaborate drainage system along with a total of eight synthetic fields will greatly reduce the risk of weather-related tournament delays.

The Monon Trail will eventually run through the park, which also will have nine lakes.

“This will not just be a sports complex,” Steve Henke said. “It will be a destination park for all of Hamilton County. There will be opportunities for kayaking, paddle boating, miniature golf, and also a large, outdoor projection screen for movie nights.” 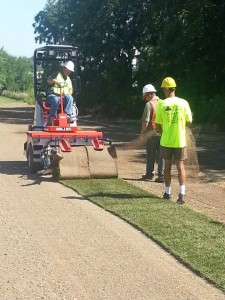 Another unique feature of the park is the 220-acre, mixed-use facility called Grand Park Village, which will be a destination on its own. The village will surround the largest of the lakes, and will boast an Atlantic City-style boardwalk and a marina. Restaurants and retail stores will line the boardwalk.

In a phone interview, Brad Henke said, “We currently have five full-service restaurants committed, including a large Indianapolis chain. We also have an ice cream shop and a national pizza chain. We are in the final stages of negotiation with a national hotel group that wants to build two properties; one just outside the park, near U.S. 31 and Ind. 32, and one inside the park, each with approximately 120 rooms.

“Most everything in the park will have a Cape Cod feel,” he said, “including the two-story concession stands which will house offices above.”