You are at:Home»Current in Fishers»Former mayor announces intent to run for council

A former Hoosier mayor plans to run for Fishers’ first city council, that is, if a mayoral candidate with the right vision steps up.

Brad DeReamer, 66, served as mayor of Greenfield from 2007 to 2011. He lost his reelection bid to Dick Pasco in May 2011 and moved to Fishers in 2012 to be closer to some of grandkids and take a stab at retirement. 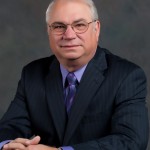 He said his want to implement some of the things going on in Fishers was used against him in his failed bid for reelection.

“I believed in it, and that’s why I moved up here,” he said.

He announced his candidacy in a statement Aug. 22.

When asked why he is not running for mayor, he said he does not like to do things twice in life, as the first time trying something is a challenge and goal.

However, DeReamer said that if a mayoral candidate with a good vision does not step up to the plate, he might drop his council bid and go for mayor at filing time.

Official filing does not take place until early 2014, and while DeReamer stated in a news release that he’s running for the District 6 seat, the new district maps have not been officially announced.

An inquiry to the Town of Fishers on when the new district maps would go before Fishers Town Council was not answered as of publication time.

What vision does DeReamer hope to accomplish if elected?

He is running on three issues: economic development, the town’s thoroughfares and communicating with citizens and getting them involved.

In terms of economic development, he said he wanted to calculate the assessed value of the percentages of industrial, commercial and residential taxpaying entities to find balance and use remaining land in Fishers correctly while keeping a low tax base, among other points.

He said he thinks Fishers has done great with roads but shouldn’t “get cocky.”

DeReamer said he is excited about living in Fishers and wants to be a part of the city as it continues to succeed.

“I think it’s a situation where maybe it’s time for some different faces leading the city, some people with maybe some different ideas instead of people that have been there for 10 or 20 years,” he said.

A former entrepreneur and mayor, DeReamer asked, “With all that experience, why waste it?”

DeReamer and his wife, Sharon, 61, have five children and 14 grandchildren.