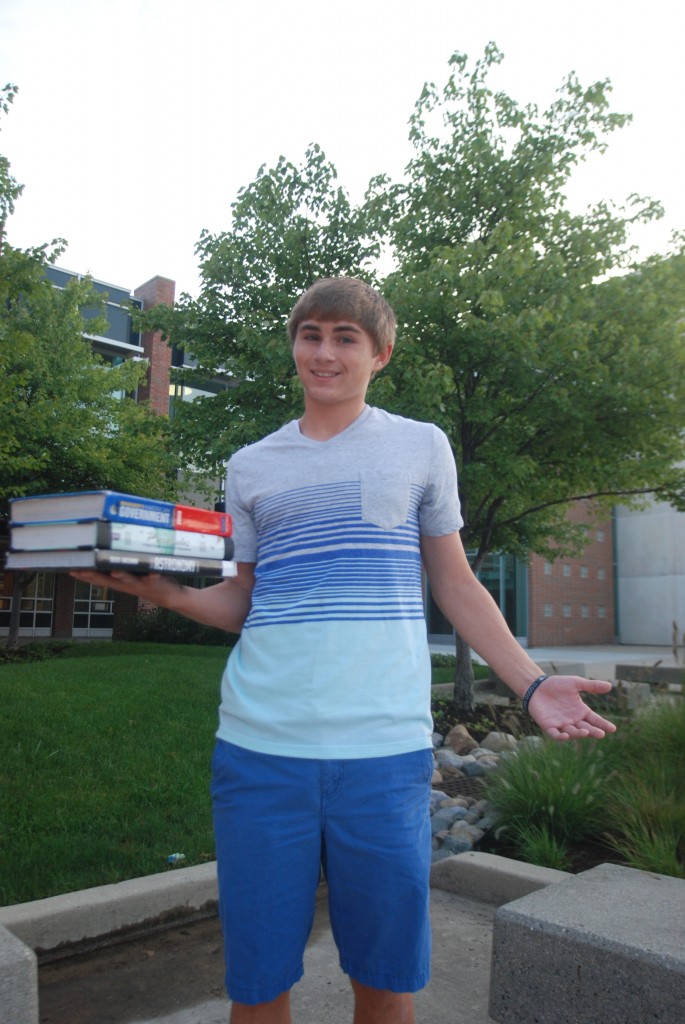 Carmel High School’s record number of
students such as senior Michael Cheesman,
who have taken advanced placement
courses has the the school national recognition.

Carmel High School has reached a plateau that very few high schools do.

“Carmel High School is one of a very small number of schools that met this threshold all five years,” Interim Supt. Dr. Steve Tegarden said.

“The National Advanced Placement staff noted the exemplary status that Indiana as a state has in the program,” Tegarden said. “Per capita, Indiana is the number one state in the nation in terms of accessibility on advanced placement exams.”

Daniel Altman, press secretary of the Indiana Dept. of Education, confirmed Indiana’s percentage of graduates who have taken at least one advanced placement exam leads the nation.

“Indiana also ranks fourth nationally in the percentage of graduates earning scores of three or higher on an AP exam,” he said.

Based on each state’s total number of students taking the exams, Indiana ranks 26th in exam performance.

David Liang attended as Carmel’s student representative. His extensive advanced placement coursework contributed to his recent appointment to the U.S. Chemistry Olympiad team where he earned a gold medal.

All Indiana accredited universities recognize these credits, so students gain a head start on university studies with considerable savings.

An additional program may soon be an option for Carmel students. Tegarden expressed interest in a new Cambridge Capstone Program being tested in 17 high schools. Pilot programs are underway at schools in California, Florida, Kentucky, Maryland, Massachusetts, New York, Tennessee, Texas and Washington.

“I am pleased to know of Carmel’s continued interest in this program,” said Amy Marsh, Indiana’s coordinator for advanced placement. “I believe the district will be a perfect fit for this program, with a student population well prepared for this rigorous path.”

The Cambridge program includes advanced placement courses with the addition of a research project and seminar.

“Ideally, a student would self-select this rigorous course of study,” Marsh said. “The program would challenge students and be a fantastic preparation for college academic work.”

In 2011, the U.S. Dept. of Education released an official list of graduation rates based on consistent national standards.