You are at:Home»Current in Westfield»Rotary Club installs new officers 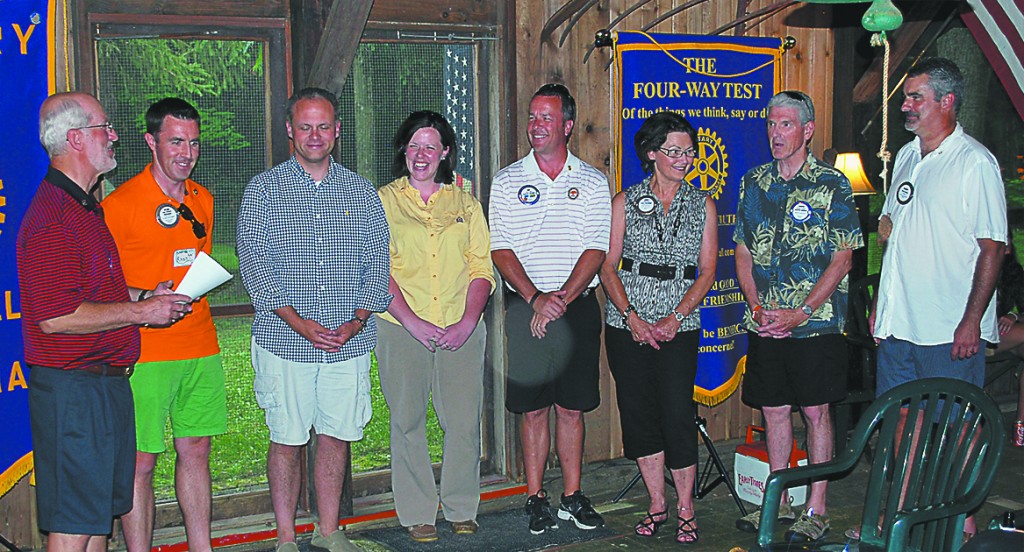 Ryan Rothacker, vice president asset management for Duke Realty, was sworn into the president’s position by Watson, along with the new board of directors. Their term runs from July 1 to June 30, 2014. Rothacker has been a member of the Rotary Club of Westfield since 2011. Before being elected president, Rothacker was the club’s vice president and president-elect. He and his wife, Christen, and their children moved to Westfield from the Atlanta, Ga., area, where Rothacker also had served as the president of his Rotary Club.

During the meeting, Westfield Mayor Andy Cook also was sworn in as an honorary member.

“Andy has been a strong supporter of the Rotary Club of Westfield since its founding in 2008,” Watson said.

The Acorn Farm has been in Jill Mead’s family since it was founded by her father in 1937. Watson said it was the first day camp for inner city children in the country and operated continuously until 1977.  All the camp buildings have been well maintained, and the meeting and dinner were held in the old mess hall.