You are at:Home»Current in Zionsville»Development set for vacant lot 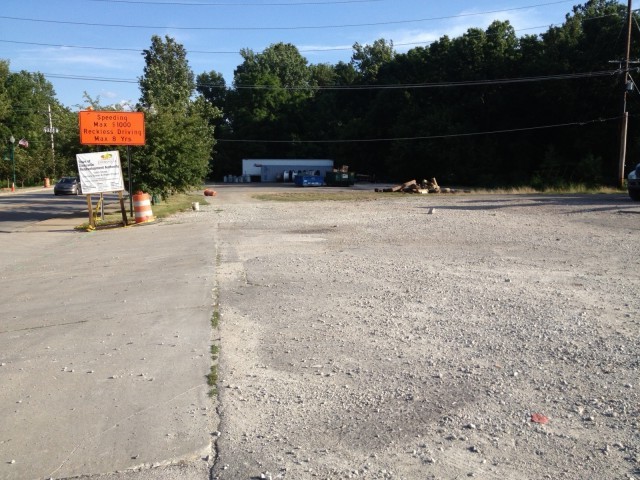 The former Citgo lot could soon see some development. (Photo by Jannelle Morrison)

After years of sitting vacant, a property in downtown Zionsville finally is starting to see some activity. Within the past week, a deal was made that could eventually bring new development to the land at 240 S. Main St. – the site of the former Citgo station which sits at the southwest corner of Main and Sycamore streets.

Since 2007, the site has been owned by EBO LLC, an ownership entity, created by Jenny Buccicone who lives in Rochester, Minn.

According to Sean Clapp, a Fishers-based real estate attorney who represents EBO LLC, a buyer did enter into an agreement to purchase the property as soon as a deed restriction ends in 2015.

“At this time, I cannot disclose the name of the buyer,” Clapp said.

Bo Leffel, a broker with Cassidy Turley in Indianapolis, who represents the buyer, was just as tight lipped about the new owner of the land.

“At this time, all I can tell you is that the buyer is a well-known, highly respected local developer,” Leffel said.

While the potential buyer of the property remains unknown, Leffel did disclose the development project would include a mixture of residential and commercial properties. This project also has room to expand outside its 2.4 acres because Leffel said the buyer has control over some adjacent parcels.

Although nothing has been filed with Town Hall just yet, Clapp and Leffell both said they would anticipate some movement on the project within the next six to 12 months.