You are at:Home»Current in Westfield»The ‘good-to-great’ plan 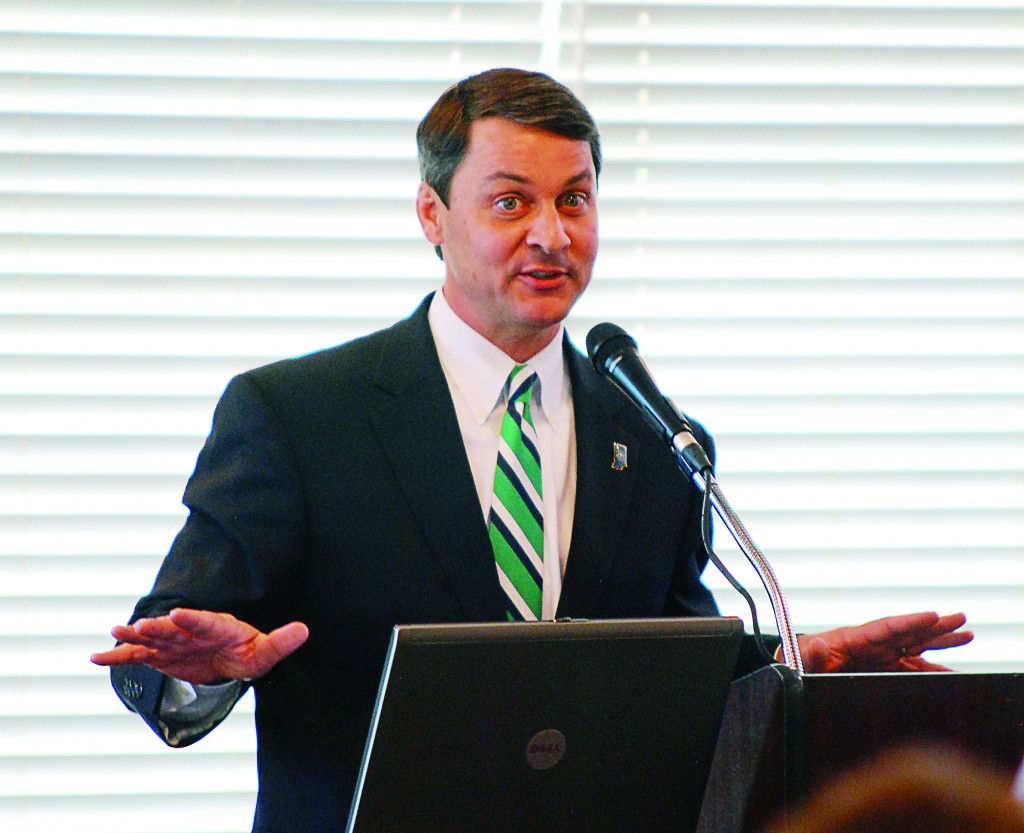 Indiana Secretary of Commerce Victor Smith explains the importance of retaining companies within Indiana and helping them expand at the Noblesville Chamber of Commerce luncheon on July 24. (Photos by Robert Herrington)

In January, Victor Smith was appointed as Indiana Secretary of Commerce following a 17-year career of operations, sales and executive positions, including chief executive officer of a precision manufacturing company with locations in the United States, United Kingdom and Asia. 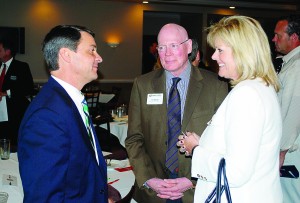 On July 24, Smith addressed the Noblesville Chamber of Commerce to discuss what he was doing at the state level to ensure the business climate remains well for the state and Hamilton County.

“Gov. (Mike) Pence made my goal clear – to get more Hoosiers working than any other time in the history of our state,” Smith said. “The watermark is 2,609,000.”

In his role, Smith is a member of Gov. Pence’s cabinet and leads the state’s domestic and international economic development agenda. In his first six months on the job, Smith said he’s been doing a lot of traveling, listening and thought processing. The strategy is going from good to great.

“We had a good foundation. Gov. (Mitch) Daniels did a fabulous job with a responsible fiscal philosophy,” he said. “I’m really excited about what’s going to be happening in the next two years. It’s the largest tax reduction in the history of Indiana.”

Smith said Indiana is growing traction and notoriety within the country.

“We were ranked No. 1 in the Midwest for doing business and No. 2 in one poll and No. 5 overall in another,” he said, adding the state is joined by Texas, Florida, North Carolina and Tennessee as the best business climates in the nation.

“It starts out with the product we sell. The product we sell is Indiana. We’re keeping business costs to a minimum, have low operating costs, and businesses are confident taxes won’t creep up… It’s because of our fiscal discipline, we’re a right to work state and low taxes-pro business stance.”