You are at:Home»Current in Fishers»Paw traffic 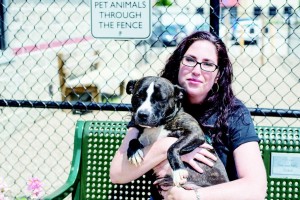 A long-standing Hamilton County event is coming to Fishers this August, and it is bringing foot – and paw – traffic with it.

“The day is a celebration of all things canine, understanding the proceeds, that a lot of money we raise will help, of course, the cats and dogs,” Rebecca Stevens, Humane Society of Hamilton County executive director and Fishers resident, said.

In addition to the people and pooches, she said some pet-owners bring their cats out for the event in strollers.

“A lot of people would actually come out with their cats, which is a hoot, because you see them pushing a stroller with this cat that’s harnessed in,” she said.

An event that features live music, kids’ activities, food and vendors, it will be held in Fishers for the first time this year after being held in various locations in Carmel and what was called at the time the Verizon Wireless Music Center, now Klipsch Music Center, in Noblesville.

Why move to Fishers?

“We wanted to celebrate in all of the different areas if possible,” she said. “This is a brand-new venue, essentially. I’m biased, I live in Fishers. I thought, Let’s check out this venue and let’s do it here. Let’s give everybody an opportunity.”

She said that there is sometimes a perception that the organization is a Noblesville shelter, when in actuality it serves the entire county.

Tony Elliot, Town of Fishers director of parks and recreation, said the Humane Society’s event will add diversity to programming with many summer events at the amphitheater being geared specifically toward music.

“It might very well be our largest event of the whole summer,” he said.

But hosting large events at the Nickel Plate District Amphitheater won’t be a new challenge for the town to handle.

“It’s (Humane Society for Hamilton County) a group that we have a tremendous amount of respect for,” he said.

Whatever size crowd comes out, everyone will have plenty to do.

The Kid’s Corner will include Silly Safaris, which features different kinds of animals, including reptiles. Of course, live music takes the stage all day, and food and vendors will be on the scene. Activities for pooches, including paw-painting, will be available as well.

“There’s something for everybody, literally as cheesy as that sounds,” Stevens said, “and for a very inexpensive cost to spend a Saturday helping out animals who are less fortunate.”

One of the day’s events, the Starbucks Parade of Paws, is a “solidarity walk” that raises money for the organization’s Survivor Program, which provides animals with lifesaving care, whether they were hit by a car or need treatment for heart worms, according to Stevens.

People can raise money online by donating or creating their own page at www.crowdrise.com/pop2013.

To learn more about the event, including Parade of Paws, visit www.ddawoofstock.com.

How long she’s been with the organization: eight years