You are at:Home»Current in Westfield»Construction boom 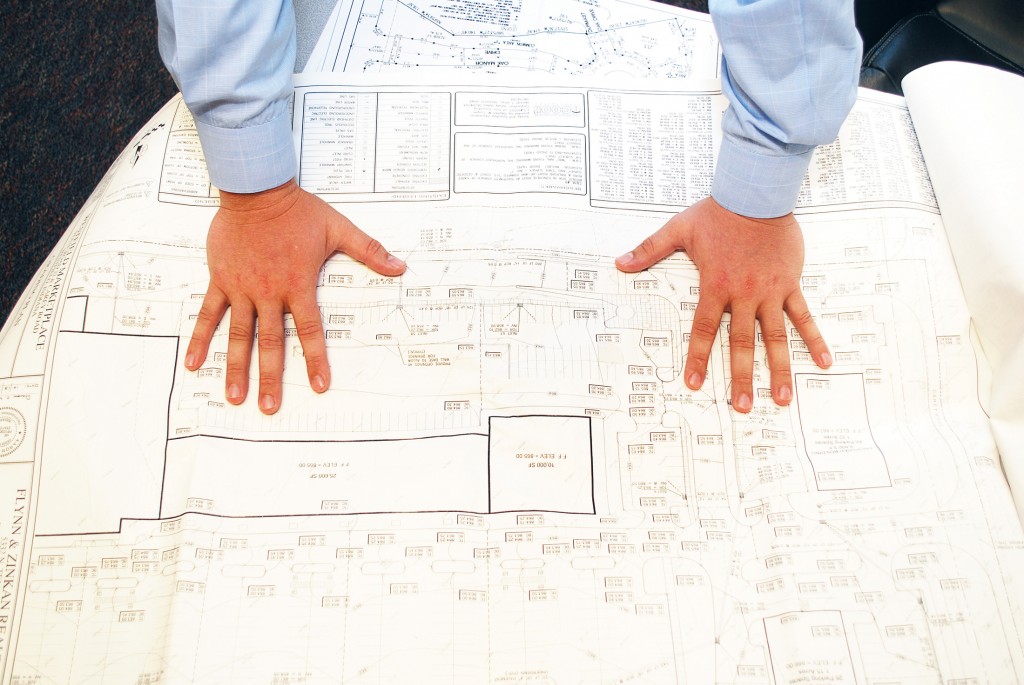 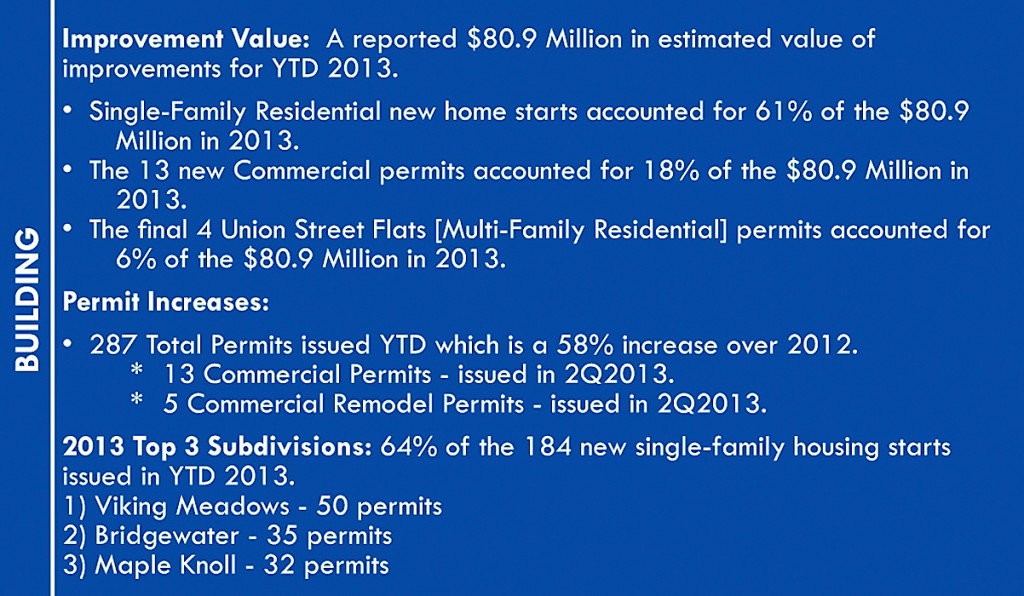 If the first two quarters of 2013 are any indicator, Westfield is poised to see a spurt of economic growth in the coming years as the community development department has approved the most building permits in the city’s history.

Economic and Community Development Director Matthew Skelton said 287 permits have been issued from Jan. 1 through July 1 with 184 of those being issued for single-family homes.

“It’s almost two-thirds of the permits with others being commercial, retail, build outs and pools. Since 2009 we’ve doubled (year-to-date new home starts),” he said, adding at this time last year only 135 new home permits were issued. “It’s a faster rate than anybody expected them. Every major Indianapolis single-family builder is doing business up here.” 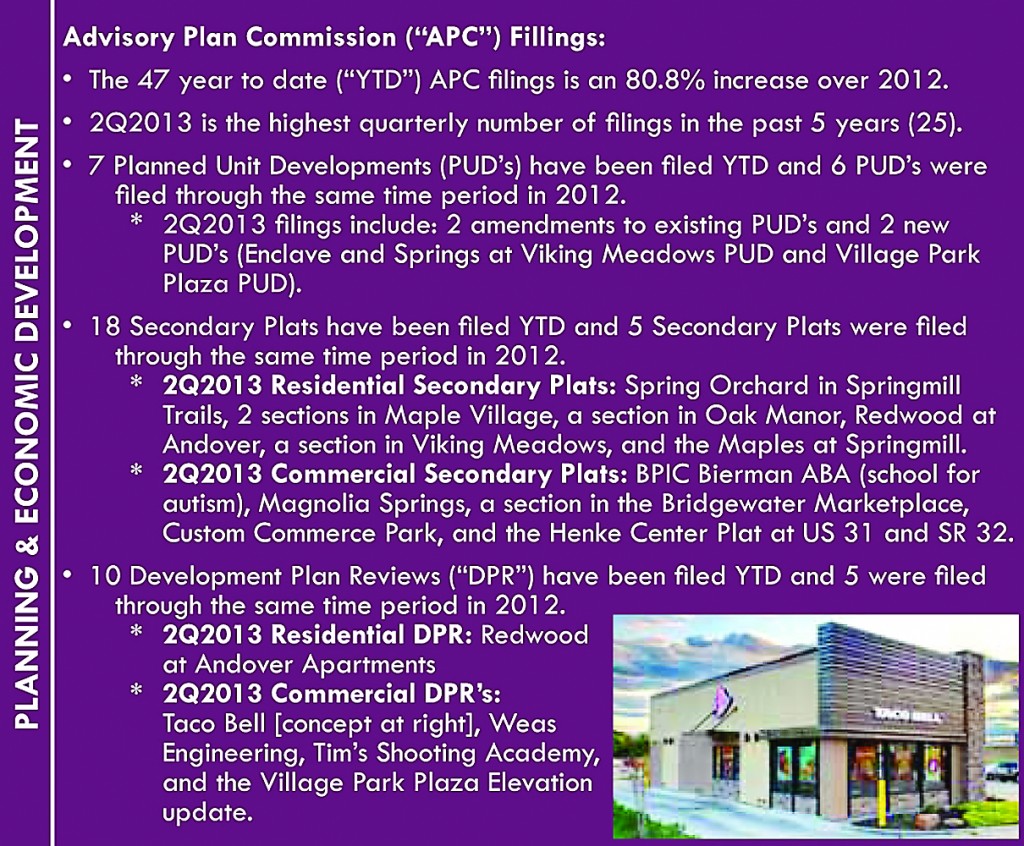 Even more impressive is the total value of improvements from all permits. Skelton said almost $81 million of self reported improvement have been made this year. Compared to July 1, 2012, it is an increase of more than $42 million.

“Things are happening quickly which is good news,” he said. “It’s a guesstimate of how we are doing. The reported value we have processed is one way we gauge the health of our local economy. It’s twice as much, and that’s remarkable.”

Skelton said the average length of time for major projects being issued a permit to starting construction is a year and a half as planning, review, approval and financing take place. 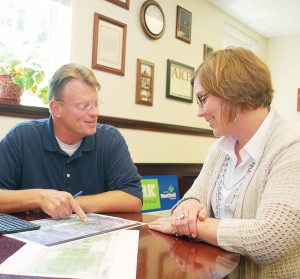 “2014 will be a plan review marathon and 2015 a construction marathon,” he said. “There’s a lot of construction here anyway, but I’m talking about private development… 2015 will be a big construction year. Our inspectors will earn their money.”

While most permits issued this year will likely be under construction next year, Skelton said there are major projects underway in Westfield.

“Village Park Plaza is getting a major facelift,” he said. “They are enhancing that and modernizing that by revamping and retooling stores. It’ll be tidied up by the holidays.”

Grand Park will be an economic catalyst once it opens in April. Skelton said grass is growing on the playing fields and the Wheeler Road extension was recently completed. Plans are underway for Grand Park Village and other commercial growth. 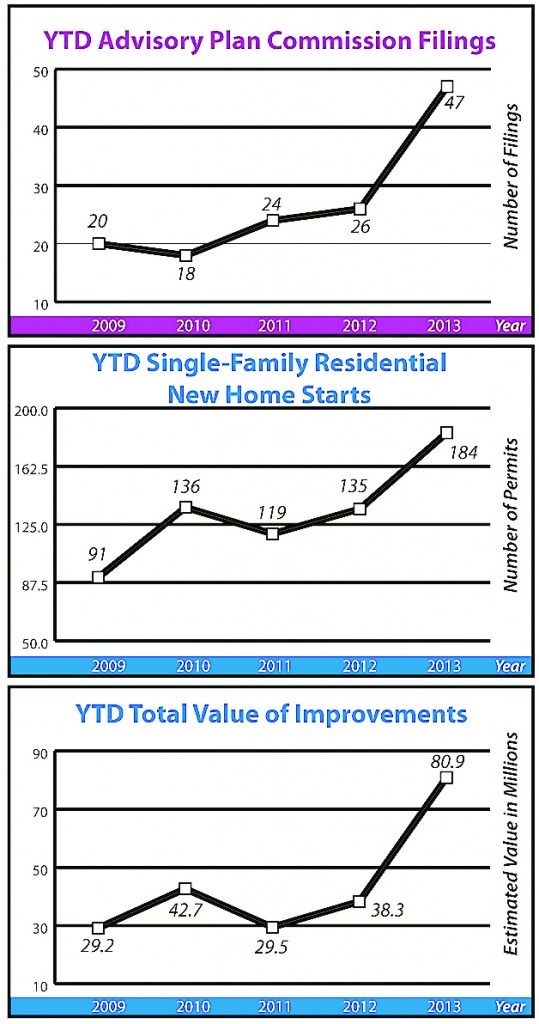 “A lot of things have to be done before things come out of the ground,” Skelton said. “It’ll pick up significantly, especially with the Grand Park area.”

Another area of concentrated growth is the Ind. 32 corridor. Skelton said this area stretches across Westfield from Springmill Road to Carey Road.

“There’s a lot of tire kicking,” he said. “If inquiries are any indication of interest, which I think they are, the Ind. 32 corridor is really heating up. We’re happy about that. We’ve been planning for the development of that corridor for many, many years.”

“I’d be surprised if any of the four corners begin development until the intersection is completed,” he said. “It’s keeping them from starting the process. The time to start planning those corners is now.”

Economic growth is not contained to major highways in the city. Skelton said 146th Street is also showing growth on Gray Road at Bridgewater Marketplace and on Carey Road at Magnolia Springs.

“We’re doing well and better (with commercial development), but not close to where I want,” Skelton said.

What do construction and permits mean to the average citizen? In addition to improving the quality of life with additional amenities, Skelton said the goal of economic growth is lowering “how much you pay in taxes.”

“The strategy is to lower tax bills, but it doesn’t happen in one year,” he said. “The lessening of tax impact on individuals is not immediate. It’s a trickle-down effect and takes time to be realized. It’s not that direct.”