You are at:Home»Current in Carmel»Carmel Business Local»GEICO building community in Carmel 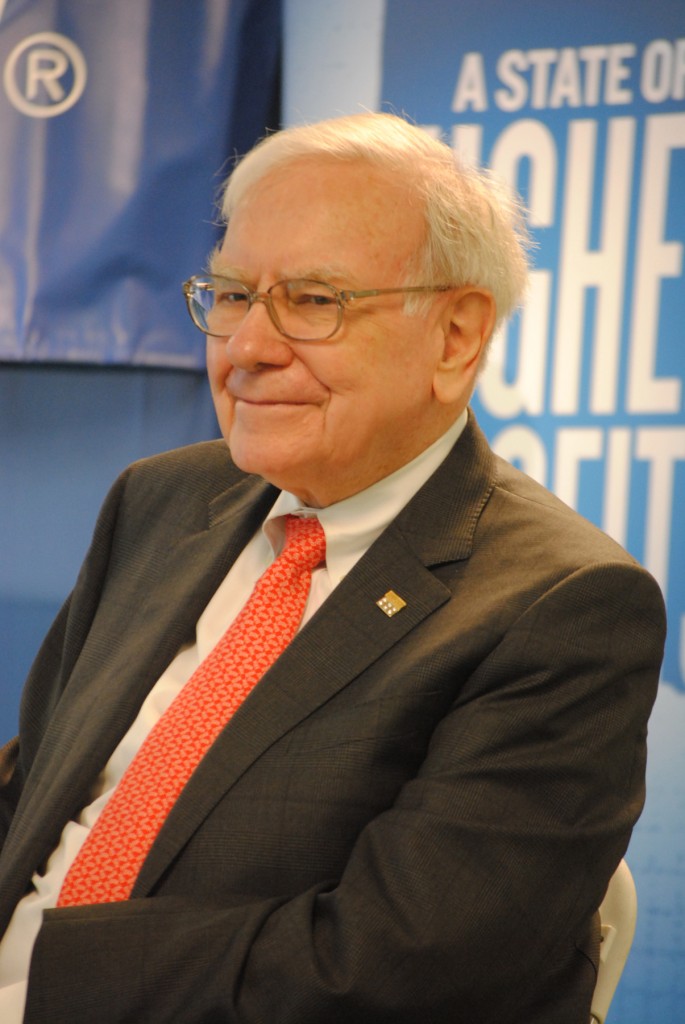 Billionaire investor Warren Buffett was in Carmel Monday to officially open the new GEICO facility. GEICO is a subsidiary of his company, Berkshire Hathaway, (Photo by Katy Frantz)

GEICO is thankful to the Carmel community for the “warm welcome and hospitality” shown to the thriving auto insurance company since it has moved into the neighborhood.

The Washington D.C.-based auto insurer, established in 1936, began its relationship with Buffett in 1951. At the time Buffett, a student at Columbia, took an interest in GEICO, then known as Government Employees Insurance Co.

In 1996, GEICO became a wholly owned subsidiary of Berkshire Hathaway. Now GEICO is recognized as one of the “fastest growing” major auto insurers in the United States and is starting an office in Carmel that will house up to approximately 1,200 employees by 2016.

Tony Nicely, GEICO’s chairman and CEO, and his management group considered three other states before settling on Indiana as the location for its new customer service center.

“We like Indiana,” Buffett said. “Tony had my vote from the start, but it was Tony’s decision.”

The 109,000-square-foot facility, which opened in late April, has hired more than 250 professional insurance agents, training and supervisory teams, additional management and support staff. The goal is to reach 400 new employees by the end of this year.

“We’re going to have enough space to hire a lot of people,” Nicely said. “We’re planning on a long siege here in Indiana.”

GEICO also has begun seeking ways to serve the community. Even now, research is being done by GEICO employees on how to “give back to the community.”

“If you check the communities that we are already in, you’ll see GEICO is probably, if not the top, one of the top supporters in all the local activities,” Nicely said.

“GEICO participates in the community every place they are,” Buffett said. “People who go to work with GEICO, stay with GEICO. We develop a strong community interest even within the company.”

Carmel has worked with the private sector to ensure there are housing options and other amenities for those new employees moving into the area. Brainard sees the coming of GEICO as a step forward for Carmel.

“If we didn’t have the workforce for GEICO, they wouldn’t be here,” he said. “We are now competing with some of the best places in the United States for the best and brightest employees. With that workforce we can say, ‘If you locate here, you’ll be able to hire the employees you need here.’”