You are at:Home»Current in Carmel»Carmel Community»SOR musicians hit the road

Just like Jack Black got his band to battle in the movie “School of Rock,” Carmel’s own School of Rock battled it out June 29 and 30 at Summerfest, “the world’s largest music festival” in Milwaukee, Wisc. 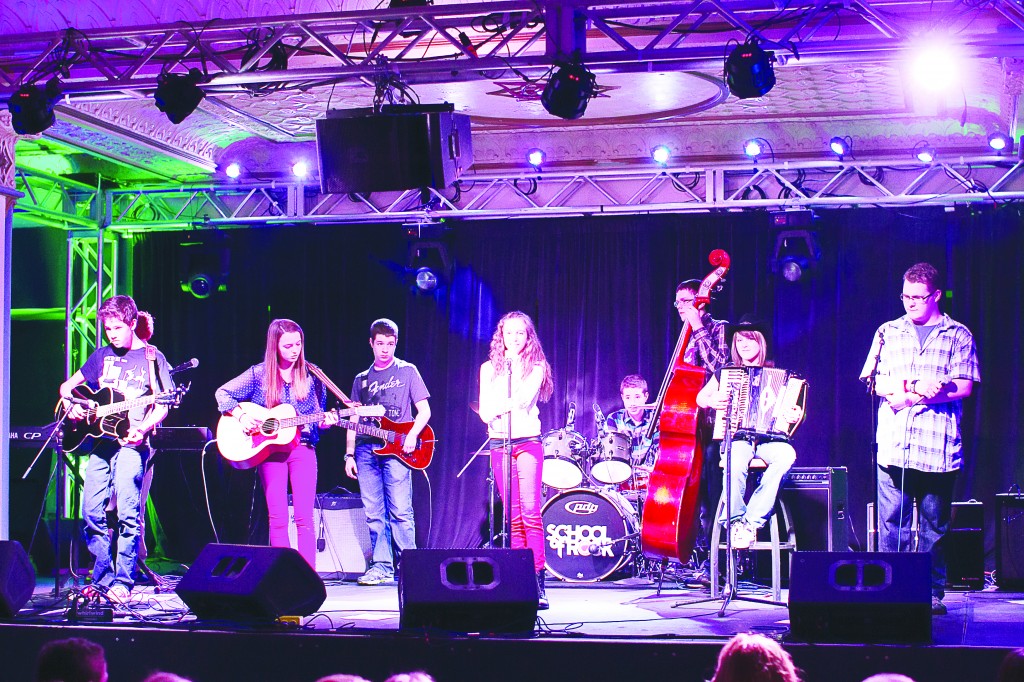 SOR bands played stages at Summerfest among artists like Pitbull, The Silversun Pickups, Alice Cooper and others. This year’s Battle of the Bands competition was called Gemba (which is Japanese for the “real place.”) There were 30 bands representing 21 Schools of Rock from across the country competing. The winner of the entire SOR competition hailed from Seattle, Washington.

While SOR Carmel may not have made it into the six final bands to compete, the school of just more than a year old rocked out and played perfectly.

“We were proud of our kids,” said the owner of SOR Carmel Steve McFarland. “In the end, the kids got an experience most musicians would kill for…  playing on big stages at the largest music festival in the world, they met new friends, and saw just how good they can become when they stick with it.”

SOR Carmel played six songs from a variety of artists.

“Our covers of Led Zepplin, Soundgarden and the Doobie Brothers were flawless,” McFarland said.

Bands were judged by members of the Cold War Kids, the guitarist from Bowie, the drummer from Stray Cats and others.

SOR Carmel consisted of 13 band members, ages ranging from 11 to 17 years old. Members played with different members depending on each song.

“We don’t actually put kids in bands, we cast a show,” McFarland said.

Since SOR Carmel has been open, bands have played venues such as Old National Centre, The Hard Rock café Indianapolis and the Van’s Warped Tour.

The drummer for SOR Carmel, Cameron McLenaghen, said he was excited for Summerfest because it’s a good opportunity.

“I’ve played a lot of shows before so I’m not nervous,” he said.

SOR is a place for kids to find themselves through music. The SOR franchise, which was started in 1998 with a single school in Philadelphia, has now grown to more than 100 locations in the U.S., Brazil, Canada, Chile, the Philippines and Mexico, according to its website.

The school offers individual music lessons of three hours per week like any other music store, except the kids get real-life experience to play onstage. Unlike traditional music lessons, SOR first teaches the students a song, and after they have learned it, they teach them what chords or notes they’ve been playing.

SOR Carmel, which has about 100 students, all mostly joined at beginners experience levels.

“It’s kind of self-motivating, because when the kids show up to rehearse, their peers are depending on them,” he said.

Many of the parents admit that the first thing their children do when they wake up in the mornings is pick up their instruments and practice.

“All of the parents say I would have loved to have had School of Rock when I was growing up,” he said.