You are at:Home»Current in Westfield»Burglary suspect arrested 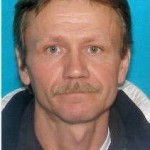 A Westfield man has been arrested for allegedly robbing Firehouse Pizza, 208 E. Main St., after midnight on June 13. Cpt. Charles E. Hollowell said an employee from an adjoining business reported loud noises and also observed a bicycle parked in the walkway on the west side of the building. As one police officer walked up to the building, Mark Duwayne Smith, 47, was seen crawling out of a window. Smith was ordered to stop but attempted to flee on a bicycle before being quickly apprehended by several officers without injury. Smith was arrested on preliminary charges of two counts of burglary, one count of theft and one count of criminal mischief.