You are at:Home»Current in Zionsville»Community Updates

Coach Larry McWhorter leaving ZCHS – Recently, head football Coach Larry McWhorter announced he would be retiring from Zionsville Community High School after the 2013-2014 school year to become head football coach at Covenant Christian High School. Currently, Covenant does not have a football program so McWhorter will be starting it from the ground up with hopes to have a junior varsity team by the 2014 fall season and varsity team by 2015. “I really want to thank the school for the opportunity – 17 years going,” McWhorter said. “I came  without head coaching experience, and I so appreciate that you gave me a chance. They (school) could have gone with someone with more experience or a bigger name but they took a chance and it made all the difference to me.” 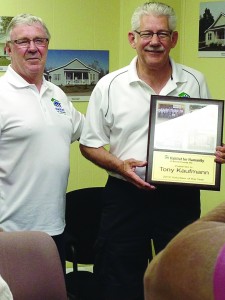