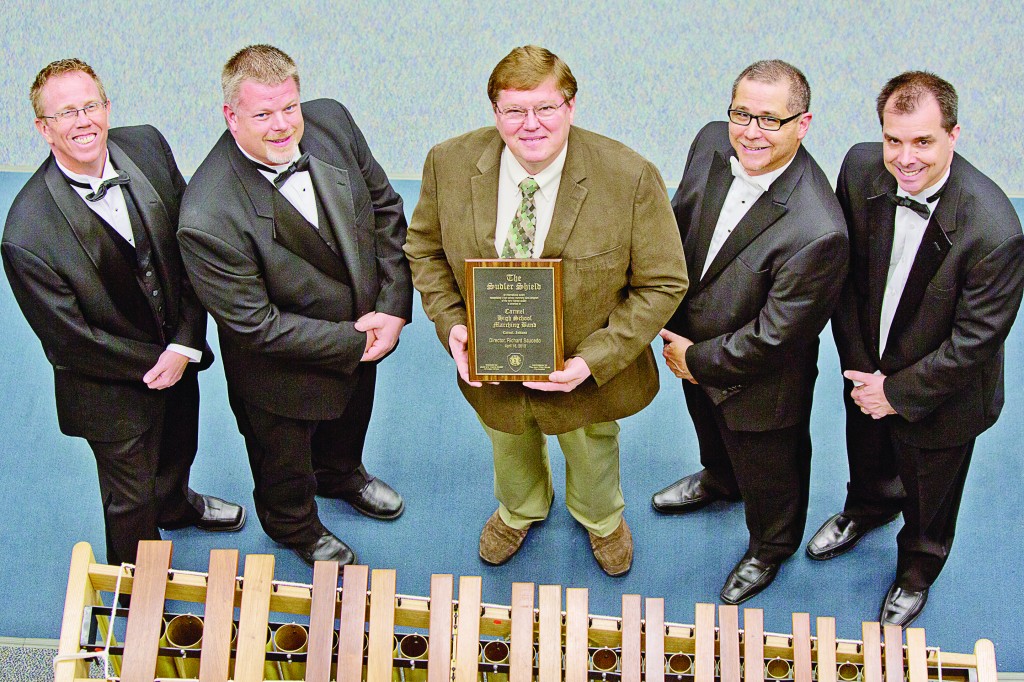 The Carmel High School Marching Band has been awarded the prestigious Sudler Shield award for outstanding high school, youth and international marching bands. Administered by the John Philip Sousa Foundation, the award is one of the highest forms of recognition for marching band programs.

“We are absolutely thrilled to be honored with this award,” said Chris Kreke, Director of Bands at CHS. “In the marching band world, this is similar to the Kennedy Center Honors or a Grammy Lifetime Achievement award. The type of sustained excellence necessary to be awarded this honor is a direct result of the amazing talent of our students, as well as the outstanding administrative and parental support our program receives here at Carmel High School.”

Sudler Shield award recipients are selected by a panel of 17 university and secondary directors of national and international reputation in the marching band field. The award is endowed by Louis and Virginia Sudler, and was created in 1987 by the Sousa Foundation to recognize and support international standards of excellence in musical performance, marching execution, choreography and show design for high school, youth and international marching ensembles. CHS is the 68th recipient of the award, joining other recipients from 18 states and 11 international ensembles from eight different countries. This is the 25th anniversary year for the Sudler Shield.