You are at:Home»Current in Fishers»Relay Girl 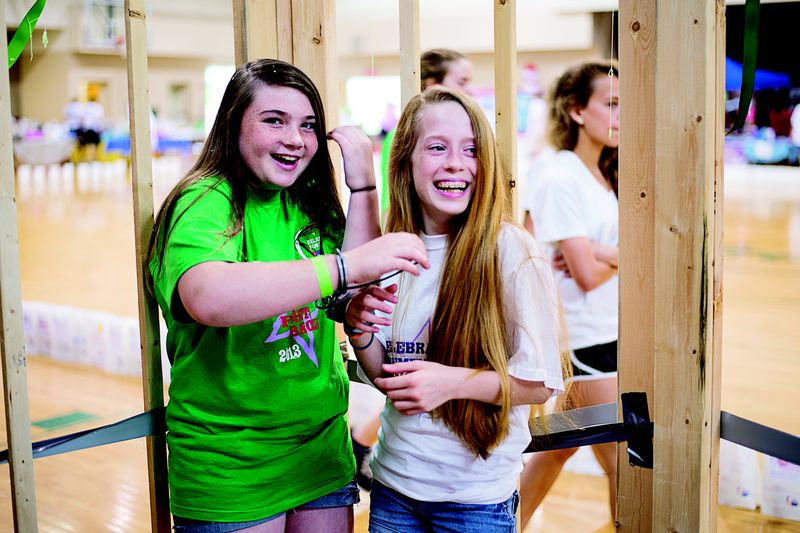 Lauren Coté, 12, has been raising cancer funds since she was a toddler

Lauren Coté, 12, was a toddler when she went to her first Relay for Life.

It was tradition for her and her dad, Rick, to participate every year. They would camp out at the event that raises cancer awareness and money for the American Cancer Society’s initiatives.

Coté’s mom, Denise, would take Lauren’s younger brother home, but she and Rick would stay.

Rick was diagnosed with brain cancer in 2009 and succumbed to it in October 2010. Lauren took up the captain’s mantle for their relay team.

How long does she plan to keep it up?

Denise said the family has raised about $20,000 for the cause and the community in the past three years.

This year’s Relay for Life of Fishers raised $67,969.11 as of June 5, with Coté’s team, the Cancer Kickers, being the top group for fundraising and Coté being the biggest individual fundraiser. The event took place on June 1.

Mark Cannon, an ACT! Lead with the ACS Cancer Action Network and teammate, started participating in Relay after he met the Coté family at a kick-off event in 2010.

“She just turned 12-years-old,” Cannon said, “and she’s a leading fundraiser and head of the highest fundraising team and served as team captain. How many people do that, let alone 12-year-old(s)?”

Denise said Rick’s positivity has something to do with her success.

“I think that’s why Lauren’s been so successful in raising money because he was very loved by our neighbors and our family and friends. He was very generous, and he knew how important events like this are,” she said.

In his fight with brain cancer, Denise said Rick signed on to as many studies as he possibly could, not to help himself, but maybe his children or grandchildren in the future.

With his generosity and smile in mind, Denise describes Lauren as a “Mini-Me” of Rick, and her plans going forward are reflective of those attributes, as well as the experiences Rick went through.

One of the reasons Lauren wanted to raise $10,000 through Relay for Life is to win an iPod and a pair of Bose noise-cancelling headphones.

While some teens might work toward that goal with uploading as many songs as the gizmo can hold, Lauren has other plans for the prize.

During chemotherapy, Rick consistently used an iPod and headphones to block out the outside noise.

Lauren wanted to raise the money to earn the prizes, and then donate them to a child that is going through what her father experienced.

That act is rooted in today’s reality, but down the road she wants other children to not go through what she did, frequently picking out articles to read to her mom about possible cures on the horizon.

“She’s really hoping that other kids don’t have to endure what she has,” Denise said.

A quick glance at the crowd participating in the Fishers Relay for Life and it is evident that kids are wanting to make a difference.

Denise said that at one point, the Fishers Relay for Life was part of a larger, overarching Hamilton County Relay event, but the big event broke off into smaller pieces in various communities, transforming the Fishers event into a grassroots-like movement.

The overall goal for the Relay this year was $42,000, and fundraising can continue through August.

Cannon and his mother, Carolyn Helm, are both cancer survivors. Helm is a first-year survivor, and it was her first relay.

He said Relay for Life is more than a fundraiser – it’s a way for cancer survivors to connect.

“That’s our goal, to get more people involved,” he said, and “as the event continues to grow I think it’ll be an important part of the Fishers community for years to come.”

To learn more about Relay for Life, visit www.relayforlife.org.

Age during her first Relay for Life event: 2