You are at:Home»Current in Carmel»Carmel Cover Stories»‘Time to let go’

Even though Nancy Irsay’s property is for sale, she’ll always consider Carmel home 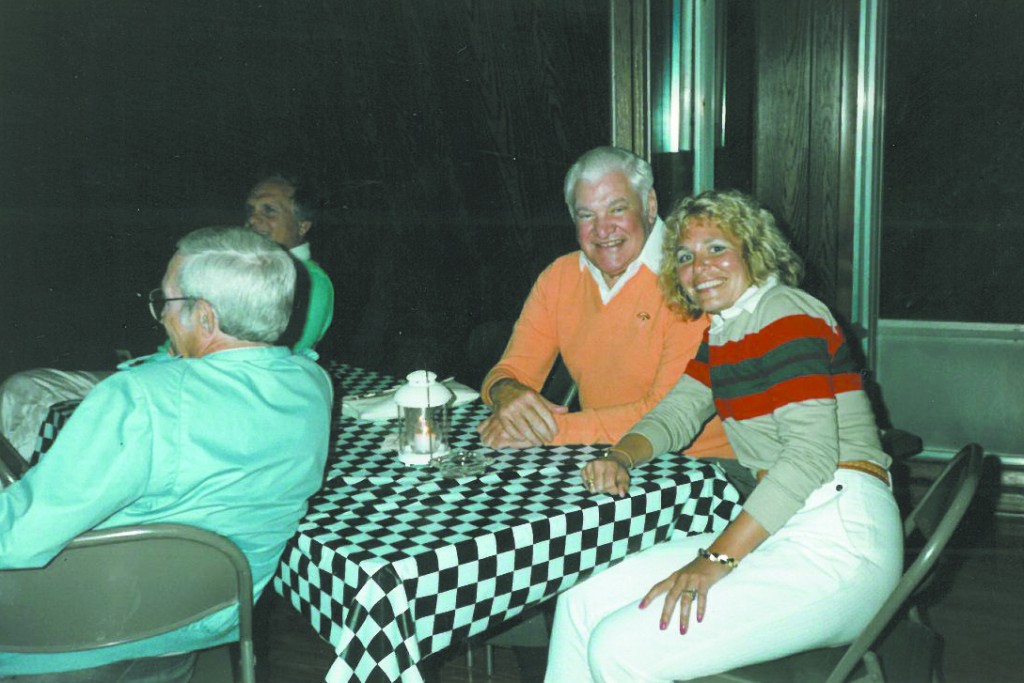 The pavilion is empty. The cavernous ceiling yawns above and the tables and chairs are tucked away in a back room. The grand stage is unoccupied. Floor-to-ceiling windows look out on impeccably manicured grounds and the daylilies are just starting to bloom. If only those windows could reflect back the glorious past of this building – what tantalizing tales they could tell.

The Robert Irsay Pavilion, along with a 15-room home and 40 acres, is for sale for $3.7 million, but the remarkable history of this property and tales of generosity, friendship and good times had there will live on.

Nancy Irsay enters the pavilion looking cool and composed, despite the humidity, in taupe linen pants and a shimmery cotton sweater.

“Well, this is it! Welcome to the Party Barn!” she says. And so the trip down memory lane begins.

The Robert Irsay Pavilion, affectionately dubbed the “Party Barn,” opened its doors in 1986, just in time to celebrate the Indianapolis Colts Christmas Party. Bob Irsay, Nancy’s late husband and the former owner of the Colts who died in January of 1997 originally conceived of the idea of building a pavilion on the grounds of their 116th Street estate to host team events and create a space for local charities to hold fundraisers. In its early days, it truly was a barn, complete with animal stalls.

“Back then someone actually gave us goats for our barn!” Nancy laughs. “I do love goat cheese, but those animals are less than fragrant; we didn’t keep them long.” 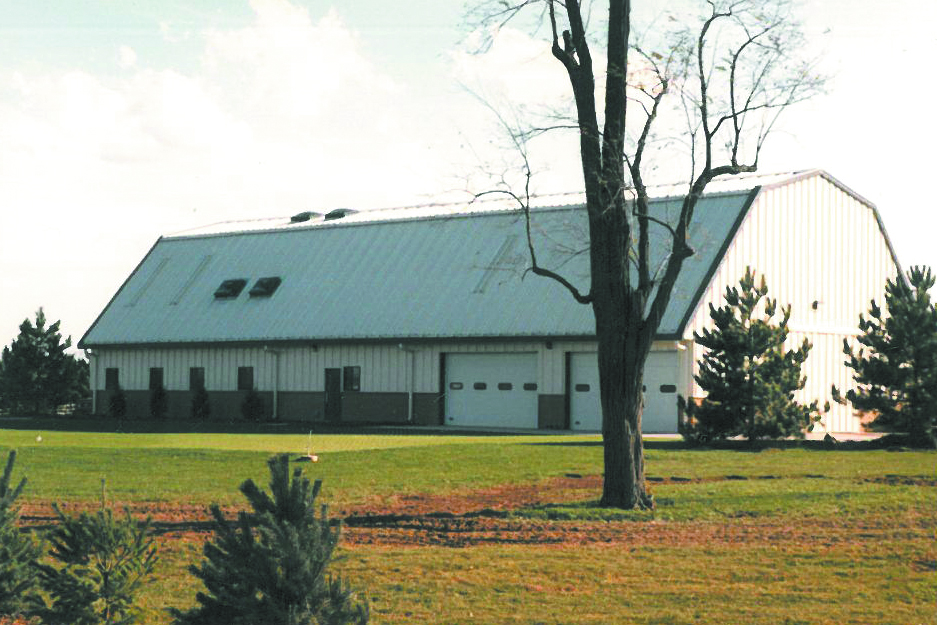 The first charity event was held in the pavilion in 1987 for Christamore House and Little Sisters of the Poor.

“It was fabulous,” Irsay recalls. “Jug’s (Catering) did steak and lobster. Everyone had a great time.”

When asked whether she remembered any relationships or marriages resulting from events in the barn, she laughed again and quipped, “No, but with some of the parties we had, I wouldn’t be surprised if there were some divorces!”

Bob Irsay and Nancy Clifford met in the mid-1980s through mutual friends while she was working as a designer for Paul Harris. Nancy is a gifted artist and she made her living as a graphic designer in Fort Lauderdale, Chicago and Indianapolis after earning a fine arts degree at the Central School of Art and Design in London. She was born in Evanston, Ill., and also studied marketing at Northwestern University. Nancy recalls friends telling her about a man they thought she should meet who had just “moved his business to town.” She laughs as she recalls that they said, “He can be, shall we say, difficult, but he’s nice to his friends.” Despite that, she claims they hit it off right away.

After their wedding in 1989, Bob and Nancy continued to host even more events in the Party Barn, focusing on smaller charities that might not be able to meet the requirements and financial constraints of other venues. Nancy continued to find inspiration for events in her own life, such as the time she was in London and she met a woman who designed dog clothes for Harrod’s Department Store. She thought to herself, “When I get home we’re going to do a fashion show with dogs and their owners to benefit the Humane Society.”

One of the most memorable nights in the Party Barn occurred when John Mellencamp was slated to perform for the guests as a favor to Evan Bayh. As the performance time neared, it came to light that Mellencamp was contractually prohibited from performing in a public forum unless concert tickets had been sold. In a quandary, Nancy finally solved the problem by moving all 150 guests to their house.

“Oh, it was storming outside like crazy, and we all trudged through that storm and crammed into our living room,” she recalls. “And he sang for all of us with no amplification; just him and his guitar. And it was great.”

During the past 17 years, almost 100,000 people have attended 400 events at the Party Barn, raising just less than $9 million for 97 charities, most of them small and local, and often including organizations which benefit animals and the arts, all dear to Nancy’s heart. Charging just $500 to $1,000 per event, Nancy has underwritten the cost of facility’s maintenance and utilities for these events as an in-kind donation. In addition to Mellencamp, many luminaries have attended pavilion events, including authors John Grisham, Kurt Vonnegut and Anna Quindlen, television stars Kelsey Grammer, Lainie Kazan and Morley Safer, politicians from all levels of government and, of course, football stars.

The decision to place the estate on the market has been brewing for her for some time now.

“It’s time to let go of a few things,” she said. “I’m hoping someone else will come along who wants to continue the tradition here, but there are so many possibilities for the pavilion.”

She is willing to sell the pavilion separately from the house and wouldn’t mind if events continued to happen while she was still living there. However, the pavilion is built in such a way that it could also be disassembled and moved to a new location.

Bif Ward of F.C. Tucker, Indianapolis, is the listing agent.

“It’s an amazing location and a fantastic piece of property,” Ward said. “Over the years, I’m sure many have wondered what’s hidden behind those gates. I’m hoping that a family will buy it who can love it as much as the Irsays did over the years. There’s an incredible amount of potential there.”

Of the house and beautifully landscaped grounds, Nancy says, “It’s a veritable nature preserve.” Red tail hawks, owls, cranes, foxes, snapping turtles and tortoises have all appeared outside her door, causing quite a stir amongst her five dogs.

Although many have assumed that no more events will occur in the pavilion since the listing of the property, Nancy says that unless a buyer appears right away, she would still consider hosting events through the end of the year and would also host smaller dinner events in her home, as she can seat up to 32 people in her dining room.

As her hectic schedule starts to settle down, Nancy plans to spend more time in Laguna Beach, Calif., with a dear friend of hers who lives there now, and may still periodically return to London, where she still has family. But a piece of her heart will always remain in Carmel.

“I can’t imagine not being here,” she said with smile, looking around the pavilion as if expecting to see old friends coming through the door. “I’ll always have a home in Carmel.”