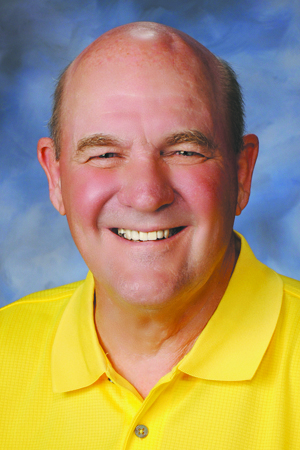 “Dr. Tegarden has a proven history of success leading our district and serving as an interim superintendent,” said Layla Spanenberg, CCS School Board of Trustees president. “We are delighted that Dr. Tegarden is returning to Carmel Clay Schools to lead the district during this time of transition.”

In addition to leading the school district, Tegarden – who will be paid $650 a day – will work with the school board on its search for the next CCS superintendent. The board initiated the search in January but terminated it at the end of April even though three finalists had been named.

“I was happy to be able to accept the school board’s invitation to assist during this brief transition period. I look forward to becoming reacquainted with many outstanding educators and staff with whom I worked several years ago. And, I look forward to meeting those who have joined the ranks since my departure in June of 2000,” Tegarden said. “My objective is to work with the board and their consultants to attract an exceptional leader to serve as the district’s next superintendent. And, to do whatever I can to help create an environment which will enable the new leader to be immediately productive.”

No end date has been given for Tegarden’s interim position. Current Supt. Jeff Swensson announced in December he would resign more than a year before his five-year contract was scheduled to end. His last day is June 9.