Carmel native to star in new Tyler Perry series on OWN 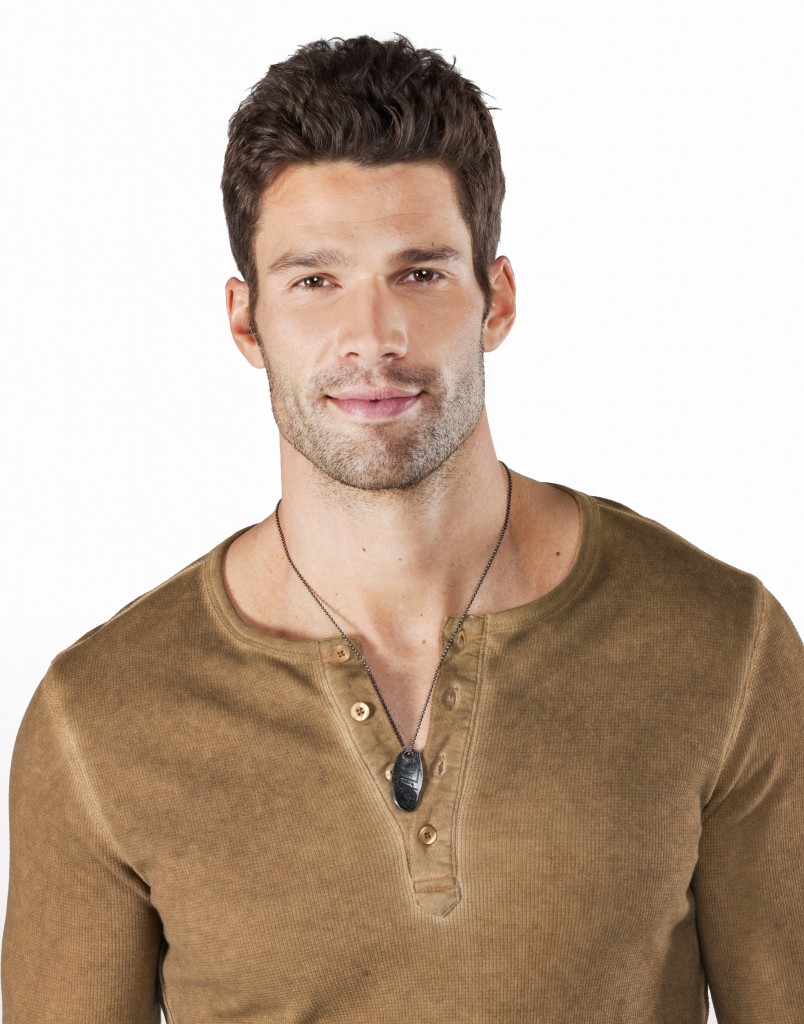 Case in point: A handsome young man who grew up in Carmel, worked hard in school and followed his dreams has been hand-picked by a major Hollywood writer, director and producer to star in a new television show.

Aaron O’Connell’s modeling career was going quite well. He had been featured in major publications like GQ and Vanity Fair. He had represented major brands like Abercrombie & Fitch and Jockey. He had traveled to Europe and was working on a regular basis between New York and L.A.  And then his phone rang with a call he could never have imagined in his wildest dreams.

“I actually thought I was being pranked,” O’Connell said. “I was just getting off a flight from New York, and I had a message from an agency in Indianapolis that I hadn’t heard from in years, telling me that Tyler Perry Productions had requested that I audition for a new television show they were creating. They wanted to know if I was interested in being contacted about it. I was dubious, but I said OK. Literally 10 minutes later my phone rang, and it was Tyler Perry! He asked me if I would be comfortable doing a Skype audition. I’d never done anything like that before, but of course I said yes.”

“And so I sat in front of five cameras in a sound stage, reading lines for people I couldn’t see,” O’Connell said. “They asked me to do things a few different ways – I did the best I could, but I’d never done anything like that before. And then they just thanked me and that was it. I spent the whole hour’s drive home second-guessing what I did, and thinking of things I wished I’d done. But by the time I pulled into my driveway, my phone rang. It was Tyler Perry again, telling me he was coming to LA to talk to me about the part.”

So, now the new chapter in O’Connell’s career begins as his new show, “The Haves and Have Nots,” premieres on May 28 on the OWN network. The drama is written, directed and produced by Tyler Perry, and tells the story of the rich and powerful Cryer family and the hired help who work for them in their opulent mansion in Savannah, Ga. He plays Wyatt Cryer, the troubled son of patriarch Jim Cryer (played by television veteran John Schneider of “Dukes of Hazzard” and “Smallville” fame).

When asked about the similarities and differences between himself and his character, O’Connell laughed.

“Wyatt and I could not be any more different! While we are both athletes, Wyatt has drug and alcohol problems and a terrible relationship with his family. He’s had a broken childhood and is a disappointment to his family,” he said. “I, on the other hand, am incredibly close to my family and I’ve never done drugs. I had to watch episodes of ‘Intervention’ to learn what people on drugs say and do. That was my homework.”

The show, which began filming in Atlanta in February, was shot at a remarkable pace – three one-hour episodes per week, for a total of 16 episodes in six weeks.

“It was acting boot camp!” O’Connell said. “Once, when a scene ran short, Tyler (Perry) whipped out a laptop and wrote dialogue right there on the set. We went out in the hallway and memorized the lines while they set up the cameras and then shot the scene in two takes.”

Pretty intense stuff for someone’s first acting job, but none of the success he’s enjoying has changed O’Connell a bit.

“There’s nowhere I’d rather be than right here in Carmel, with my friends and family,” he said. “I’ve lived in the L.A. area for two and a half years now, and every minute I spend there makes me appreciate my hometown more. There is such a sense of community here and people are happier. They genuinely want to know what they can do for you. In L.A., everyone just wants to know what you can do for them.”

In fact, O’Connell arranged for a long weekend visit during Mother’s Day so that he could celebrate it with his mom, Kathy, along with his dad, Mark, and sisters Amy, Abby and Anna. He arranges his travel schedule so that he can visit at least every three to four months, and maintains close friendships with grade school, high school and college classmates and teammates. Although he is now a musician who sings and plays guitar and keyboards, he was never involved in music or theatre at Cathedral High School or Purdue University. And while no one else in his family plans to follow him into the film and television industry, Ball State football fans can enjoy listening to his dad doing color commentary during the games.

O’Connell hopes to one day make the Midwest his home base and only maintain a small place on the west coast. When asked how he would describe himself, he modestly replies, “I’m just a regular guy from the Midwest. I like to appreciate the small things, and I believe in giving back. I think you have to live each day like it’s your last.”