You are at:Home»Current in Westfield»Cancer haters 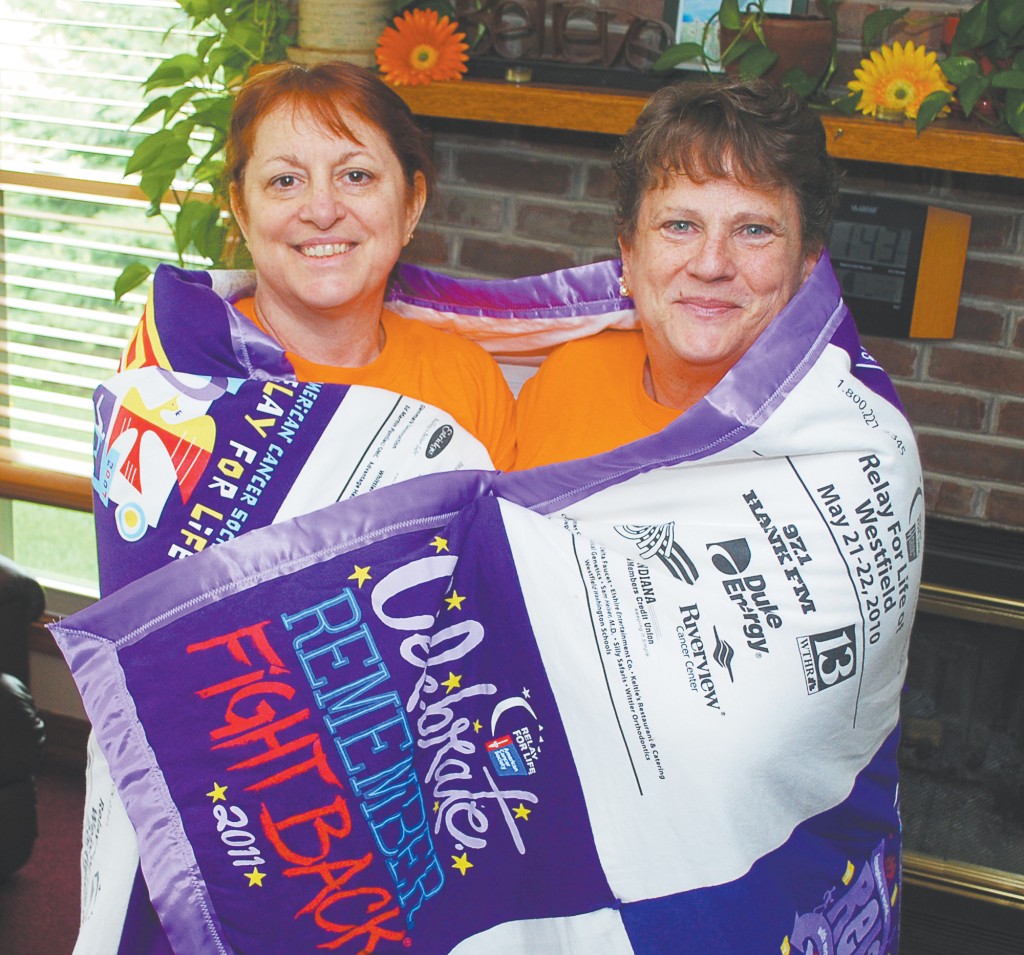 Shannon Hamerin, left, and Janet Lome curl up in a blanket that Hamerin made of Relay for Life T-shirts for Lome when she was battling cancer for the third time. (Photo by Robert Herrington) 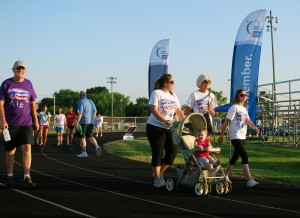 For Westfield Relay for Life co-chairs Shannon Hamerin and Janet Lome, this weekend’s event is more than just walking around the high school track surface or wearing purple ribbons. Combined, the two have battled five cancer diagnoses and are true survivors and advocates.

The week before Christmas in 1996, Lome said she felt a lump and learned she had stage two breast cancer.

“It’s the ‘garden variety’ cancer,” Lome said, adding her mother was diagnosed in 1976.

According to a Journal of the National Cancer Institute study, women who survive five years after a breast cancer diagnosis have a good chance of remaining cancer-free. Both women almost went a decade before they had recurrences.

The pain Lome felt in 2005 turned out to be four tumors in her liver – one being 3×5 centimeter – and a 5×7 centimeter mass in her back. Lome’s doctors decided on an aggressive treatment plan – a 24-hour drip for five straight days at St.Vincent Hospital. Unfortunately the plan did not help the tumors in her liver so she had weeks of additional treatments.

“That’s how I started my 50th year – chemo and radiation at the same time,” Lome said. “I went there to heal when others went to die.”

“She is not a good patient because she doesn’t have any patience,” Hamerin said of her friend.

Because she was a two-time survivor, Lome is screened every three months. On Dec.

15, 2008, she was informed that she had stage four metastatic breast cancer. Metastatic breast cancer cells frequently differ from the preceding primary breast cancer and have often developed resistance to several lines of previous treatment and have acquired special properties that cause them to metastasize to distant sites, making them especially dangerous. The prognosis is often poor as distant metastases are the cause of about 90 percent of deaths due to breast cancer.

Lome is described as a “one percenter” because only one percent of people have survived cancer three times.

“I only know of one other woman,” Lome said. “I just want to celebrate and live everyday to the fullest.”

Hamerin was diagnosed with breast cancer in 1996 at the age of 32. The following year, she met Lome at a support group.

“We had the same treatment, same type of cancer, so how could you not be friends,” Hamerin said.

Hamerin had a cancer reoccurrence in 2004 and participated in the inaugural Westfield Relay the same year.

“I went out there are as a survivor. In 2005, I got on a committee. I was calling Janet to help me with this or that. At the time we had a very small committee, six or seven people, and we all had a lot of hats,” she said.

“We couldn’t stand it,” Lome said of being away. “We just needed a break. It’s a year-long process.” 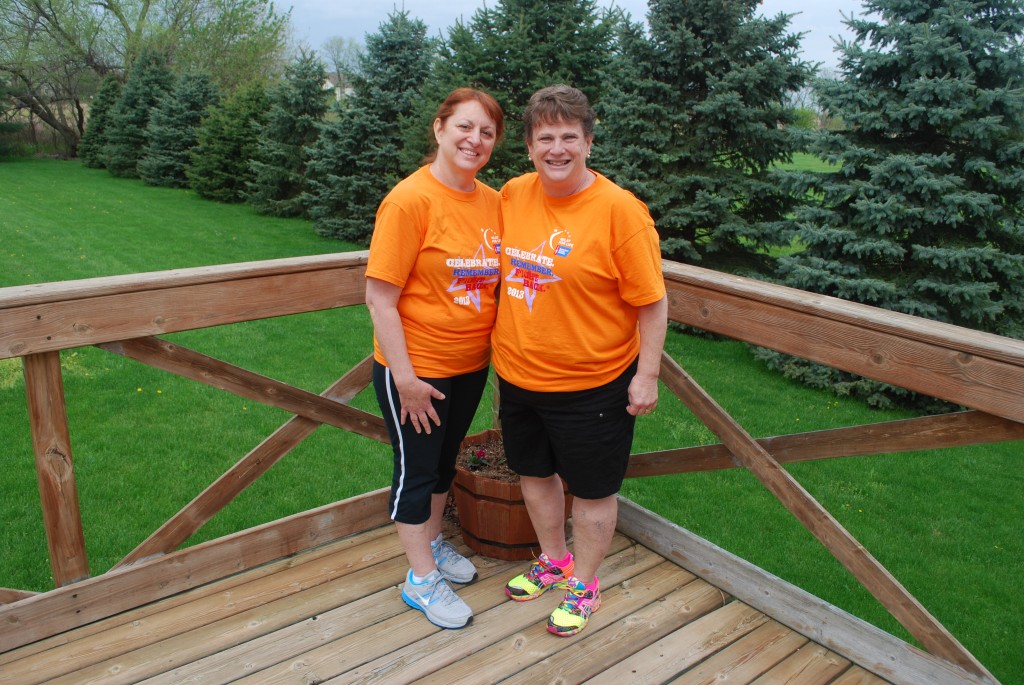 Personal motto/quote: “Faith is huge. You’ve got to believe you can overcome everything.”

What Relay for Life means to her: “I get to work with my best friend to bring the community and my family together.”

Personal motto/quote: “Hope is the strongest word I know.”

What Relay for Life means to her: “Relay for me is about hope. It’s kinda like a do over.”

Lome jokes that she handles the business side of the relay.

“I’m the one who basically throws a party,” Hamerin said.

The annual Westfield event has topped $900,000 in cumulative funds raised, and the two are already planning for 2014’s “million dollar relay.”

“It’s so neat to see how the event has grown,” Hamerin said. “To see the community come together to raise money is amazing. The community just loves getting involved.”

“It’s our cancer as well as everyone else’s,” Lome said. “The cool thing about Relay is everyone can participate.”

In 2008, Lome’s father was diagnosed with stage four esophageal cancer and the two underwent treatment together.

Unfortunately, cancer has also touched both ladies’ loved ones, including Hamerin’s brother and mother and both of Lome’s parents.

“One of the reasons why we are so passionate is because it was hard for me to see my brother go through it. We’re so used to being the patient and doing it,” Hamerin said. “I want to help as much as I can because I don’t want any more of my family members to hear ‘You have cancer’ ever again.”