You are at:Home»Current in Zionsville»Behind the checkered flag 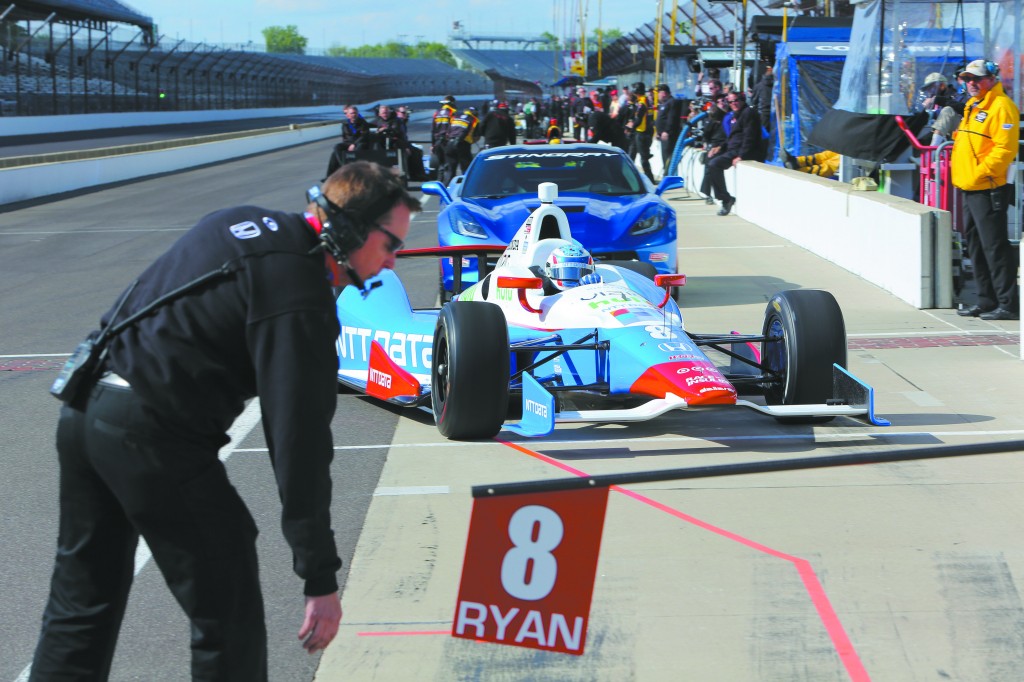 When the green flag drops for the start of the 97th running of the Indianapolis 500, all eyes will be on the field of 33. But getting, and keeping the cars on the track, and ready for speeds of more than 220 miles per hour, falls to a highly-skilled group usually never seen by race fans.

They are the pit crew, the engineers, the mechanics and so many more – people like Zionsville residents Bill Van de Sandt, Matt Swan and Chris Fortney. 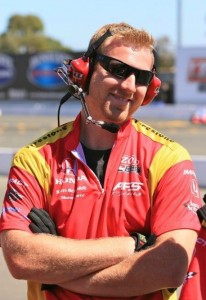 Fortney, 31, works for Schmidt Peterson Motorsports as part of the pit crew for the number 55 car driven by Tristan Vautier. During the Indy 500, Fortney will act as left rear tire changer during pit stops.

“You have to be in great shape to be in the pits because you want to be the best pit crew in the series,” Fortney said. “So, we do a lot of training at St. Vincent Sports Medicine, and it has really stepped up our game so we can be fast and gain positions in the pit.”

That’s in addition to working long hours – something Matt Swan, 46, a mechanic with Target Chip Ganassi Racing, knows all too well.

“For me, having kids, it’s trying to keep some kind of balance and be a good dad and husband,” Swan, who works on the number eight car driven by Ryan Briscoe, said. “I have great support from my wife, Liz, who likes to joke with the kids when the Indy 500 rolls around, ‘It’s May, you don’t have a daddy.’”

In his role, Swan has traveled the world. But, it’s not as glamorous as it might seem.

“Japan and Brazil are really the same as when we go to Iowa and Texas. We see the track and the hotel,” he explained. “Yes, there are some exceptions but typically you fly in, ride a bus to the track, work, work, work, take the bus back to the hotel, shower and sleep, wake up and do it again.”

“No one in pit lane would say they don’t have a great job, but no one sees the time away from family. My kids have sports events and my wife, Andrea, has a new business she’s working hard to make a success,” he said. “We make decent money, and we get to travel, but we spend a lot of time away from home, and your family sacrifices a lot.” 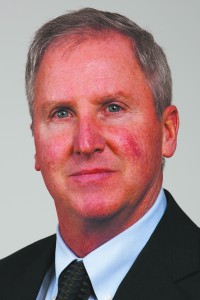 Bill Van de Sandt, 53, IndyCar director of operations, said race fans might be surprised to learn all that goes into putting on a race.

“For example, before drivers hit the track at Indy for practice, they’d been in Brazil, and the cars had to be completely transformed from a road course to an oval course in a matter of days,” he said.

By the time race day rolls around, crews have put in hours upon hours in the garages getting cars painted, tires sorted, the proper race engines installed, etc.

“There are just so many little details involved from say, dry cleaning uniforms to fire suits to pit crew helmets, to making sure you have enough equipment in pit lane to manage stops properly,” Van de Sandt said. “The general public really doesn’t see that.”

What they do see, the drivers – one of whom will ultimately take the checkered flag – and the glory that goes with the win. And, that’s just fine with the guys who helped get them there.

“It is a team effort, and we are all working toward the same goal and that is getting a win,” Fortney said.

“You know that you built (the car) and had a hand in its success and that’s a pretty big thrill,” Swan said. “We like to tease the drivers about their fame, especially the younger ones. I think by and large, everyone is pretty happy in their role.”

A role race fans may never see up close, but one those who have a huge responsibility in keeping the cars going strong wouldn’t trade for the world. 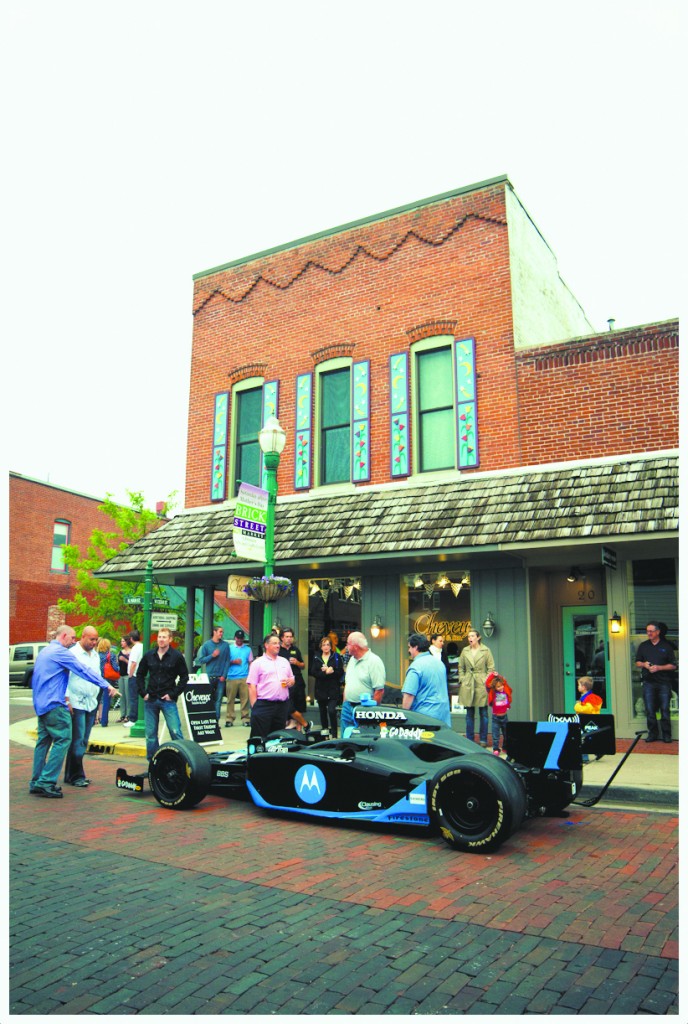 On May 10, Cheveux Salon & Spa, 10 N. Main Street, held A Night of Motorsports Art: A Tribute to the Indianapolis 500 featuring Danica Patrick’s winning Indy car from Japan. The car was courtesy of Andretti Sports Marketing Group. (photo by Cassandra Salimeno)