You are at:Home»Current in Carmel»Carmel Community»Work begins on $6M retail complex 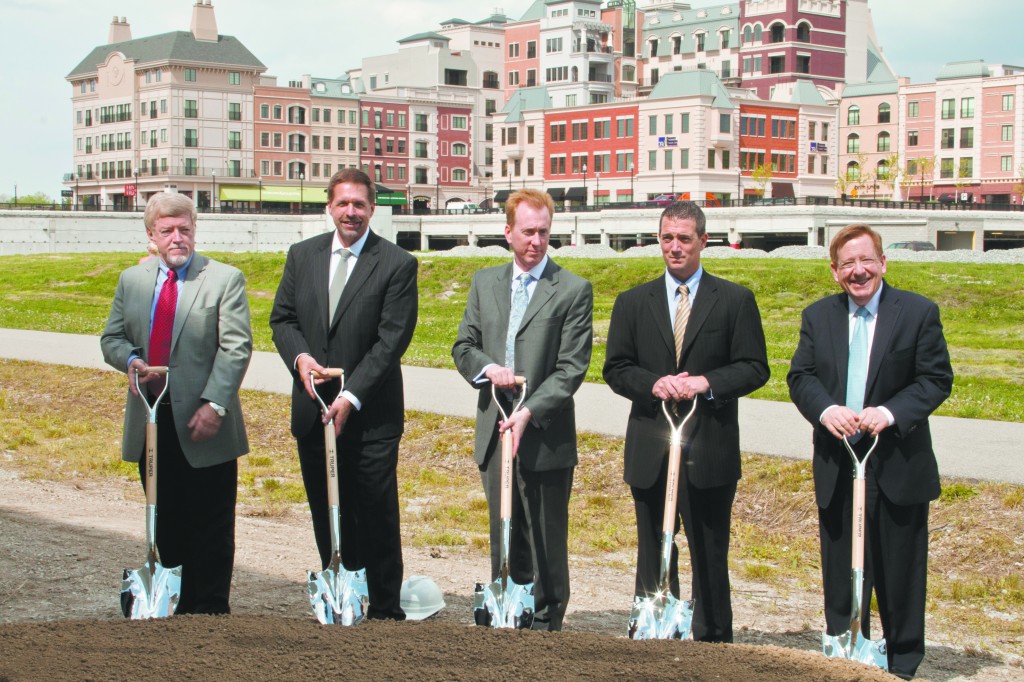 The next phase of Carmel’s City Center came a step closer to reality last Wednesday.

Officials from the city and Anderson Birkla broke ground on a $6-million retail and office complex nicknamed The Mezz. The new facility, housing 44 luxury apartments and Anderson Birkla’s corporate headquarters, will be on both the east and west end of the Tarkington Theater building.

Mayor Jim Brainard said work will begin within the next week, with completion tentatively scheduled for 12 to 15 months. This may be the start of a major building boom in the area; Brainard anticipates four other nearby multi-story buildings – a mix of residential, office and retail – will start construction this year.

“We’re working on a lot of big things right now,” Brainard said. “With the success of City Center, there’s been a lot of interest from businesses. They realize they only have one opportunity to get in (at the early stages).”

In addition to the apartments, the 25,000-square-foot, five-story Mezz east building, overlooking the Monon Trail, will include a fitness studio, secure bike storage and an internet café, according to a press release from city spokeswoman Nancy Heck. Anderson Birkla’s headquarters will be in the 40,000-square-foot west building, along with additional apartments.

City Center has long been Brainard’s vision of Carmel’s future, one that he talked up during his first mayoral campaign in 1996. The city spent $13 million to purchase the 88 acres, relying on a sometimes complex series of public-private partnerships to raise the projects from the ground. The grand, $200-million mixed-use facility built by Pedcor has been successful since it opened three years ago, with a nearly 100-percent occupancy rate in the apartments, and BikeLine, Matt the Miller’s Tavern, and Hubbard & Cravens occupying prime retail real estate.

In her press release, Heck said Anderson Birkla will pay $700,000 for the land in installments within the next six years, along with more than $112,000 annually in property taxes. Rents for the apartment will be comparable to the Pedcor building, starting around $1.30 per square foot a month.