You are at:Home»Current in Carmel»Carmel Community»Memorial service recognizes fallen officers 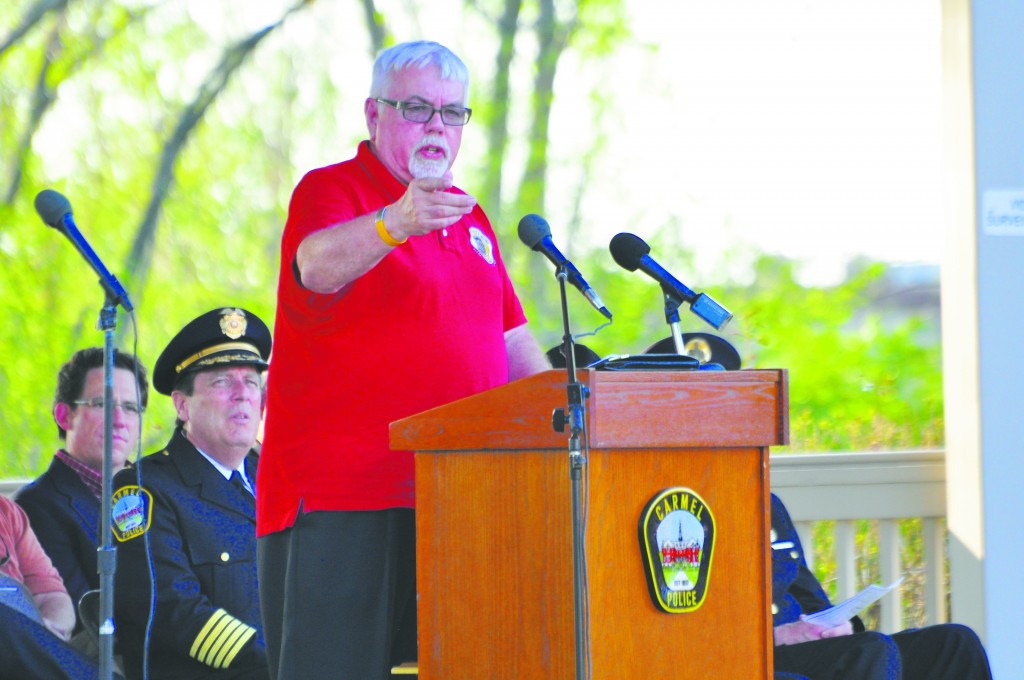 Fallen police officers from Hamilton and Boone counties were honored during the 32nd Annual Hamilton County Law Enforcement Memorial Service at Carmel Civic Square on May 2.

“It’s grown over the years. It was just the Carmel Police Dept., and then county, and then we had federal representatives here from the specialized police forces. It’s almost become a regional ceremony,” Carmel Mayor Jim Brainard said.

The event, which was open to the public, included a speech from keynote speaker Spencer Moore. Moore’s son, David Moore, died in the line of duty in January 2011.

“We can’t forget our survivors, and we can’t forget our heroes. They come together, because one is the loved one of the other. We owe them. We honor them,” Moore said. “Truthfully, the best honor is like Sen. (Dan) Coats said, and like I underscored, is the remembering of them. As long as we remember them, they’ll never be forgotten, and their death will never been in vain.”