You are at:Home»Current in Carmel»Carmel Community»Lord of the jungle appearing on CHS stage 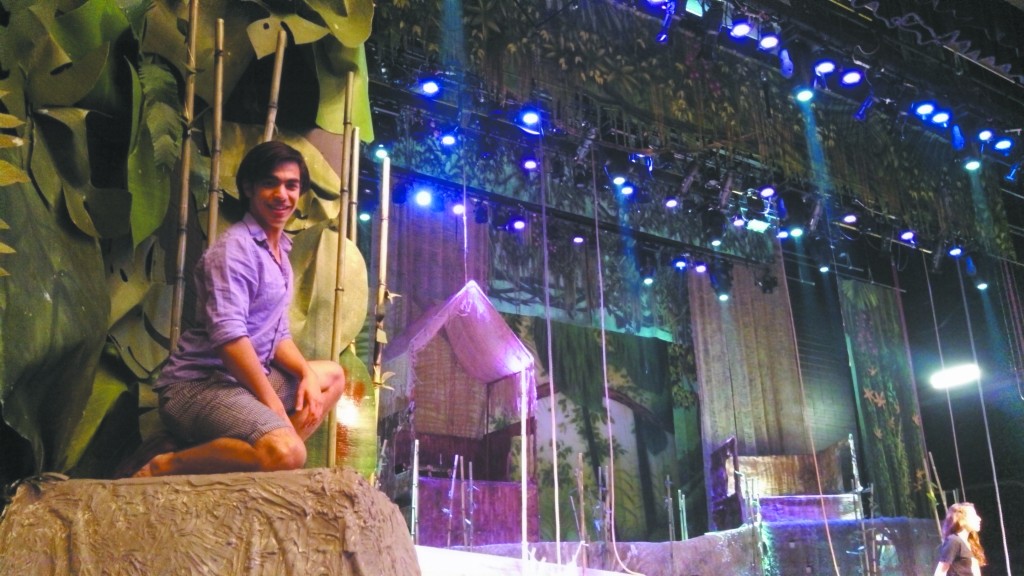 A taste of Broadway is coming to Carmel.

For five performances, May 15 through 19, the Carmel High School auditorium will be transformed into a lush and wondrous jungle complete with swinging vines, dancing flowers and exotic costumes, all set to the music and lyrics of Phil Collins, in “Disney’s Tarzan: the Musical.”

“This is an incredible group of kids with amazing voices,” director Lamonte Kuskye said. “And we are the first high school in the state of Indiana to secure the rights to perform this musical.”

“Disney’s Tarzan: The Musical” premiered on Broadway in 2006.

Kuskye, along with a dedicated staff from both the music and theatre departments, has guided the 62-member cast, comprised of mostly juniors and seniors through a rigorous 10-week rehearsal schedule. More than 170 students auditioned for the show and more than 250 students are involved in the production, between costumes, make-up, technical and backstage crew, props and orchestra.

The lead character of Tarzan is played by junior Ian Bossung. It is his first leading role, but he is no stranger to the stage, having performed in “Hello Dolly” and “Les Miserables” at Carmel High School and in “A Chorus Line” at Carmel Civic Theatre. Upon graduation, he plans to pursue a degree in musical theatre and Broadway is his ultimate goal. Bossung feels that he has truly become the character, but grimaces when asked if he has had any costume fittings yet.

“No, I have not yet seen the loin cloth. I’m kind of dreading that,” Bossung said.

“The music is amazing, the choreography is genius and the set is mind-blowing, but what really makes this show special is the message,” Bossung said. “The show is all about finding out where you belong, and that sometimes where you belong isn’t where you thought.”

But beyond all Disney-esque magic, the message of the show prevails: Regardless of the world we are born into, we are all part of the same family, and we all have the same beating heart.

“Disney’s Tarzan: The Musical” will run May 15 through May 19. Tickets are $8 to $18 and can be purchased online at www.totalgatesolutions.com, or at the Carmel High School bookstore. They also may be purchased at the door, availability permitting.