You are at:Home»Current in Zionsville»Schools’ debt retirement: 2029 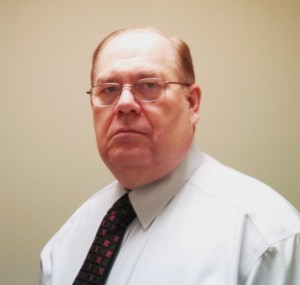 In 1996, Zionsville Community Schools was significantly overcrowded. Total enrollment was 114 percent of the corporation’s capacity and forced the use of portable classroom trailers around the district. The school district’s enrollment had increased by nearly 1,000 students since the last time a new building had opened. The Board of School Trustees was forced to play “catch-up” with the enrollment situation and embarked on a multi-phase, multi-year program to increase the capacity of the school district by additions to several existing school buildings and by building several new schools.

To finance these construction projects, the school district originated eight bond issues through 2005, totaling $261,905,682.40. These bonds paid for the construction of six new schools (two middle schools and four elementary schools) as well as the Transportation Center and ESC, an addition to Eagle Elementary School, four separate additions to ZCHS that increased the high school’s size by more than 200 percent and other related facilities.

So far, the school district has paid off $58,275,199.70 of the bonds issued during the 1996 to 2005 period, leaving a current remaining balance of $203,630,482.70. This is scheduled to be retired by the end of 2029. The school district has been aggressive in seeking opportunities to refinance its bond issues to reduce interest costs and has done so with various portions of the outstanding bonds six different times in the past eight years. 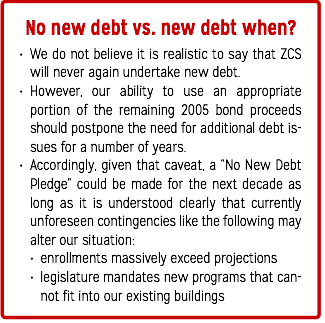 The largest single group of bonds, those issued in 2005, will become callable and will be refinanced in early 2015. Early projections indicate the school corporation will realize a net present value savings of $6.5 to $6.6 million during the remaining life of these bonds by reducing the interest rate from the current 5 percent to a lower rate in the 3-percent range.

At this point, new enrollment projections by Indiana University’s Indiana Business Research Center indicate that Zionsville Community Schools has sufficient classroom space for expected elementary and middle school students through 2023. Some additional capacity for high school students will be needed in 2018, but the school district is investigating ways this can be accommodated without the need to incur any additional debt.

More information on this topic is available at the Zionsville Community Schools’ web site at http://www.zcs.k12.in.us.

Mike Shafer is a guest columnist and is the Chief Financial Officer of Zionsville Community Schools. He can be reached at mshafer@zcs.k12.in.us.