You are at:Home»Current in Zionsville»Travel trend: Rail travel 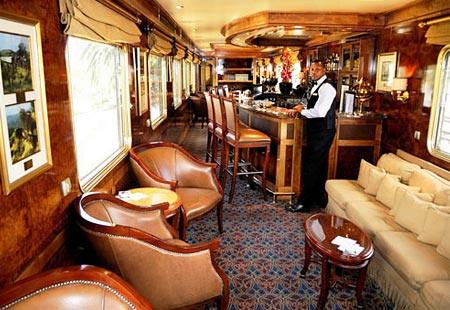 In the last few decades, the allure of train travel waned as the relative ease and safety of air travel replaced yesteryear’s glory of traveling by train. Trains became just too slow as Americans’ patience shortened and transportation became a means to an end, not an experience that enhanced our vacation.

Recent years have seen a shift, though, as rail travel itself has become the vacation. It now stands alone as a slower paced way to see beautiful scenery in a mode that provides luxury and comfort that airplane travel has long since lost and motor coach travel cannot compete with. At the same time that people are becoming frustrated with the airline industry, the allure of train travel is enjoying a resurgence.

A gleaming example of this is the Chicago-based Pullman Car Co. Founded by George Pullman, sleeping cars were introduced to the public in the mid-19th century and renowned for luxury, incorporating art deco design, plush accommodations and superb service. Sadly, Amtrak and commercial airline travel sealed Pullman’s fate and they ceased its luxury sleeping car itineraries in the 1980s. That is, until today. 2013 has witnessed the reemergence of Pullman Rail Journeys with its first itinerary operating between Chicago and New Orleans. These historically accurate Pullman cars have been enhanced with wireless internet, power outlets and modern showers. The desire is that each iconic journey takes the guest back to a civilized, sophisticated era when getting to your destination was as much fun as arriving at it.

Other notable luxury train experiences include the Blue Train in South Africa which operates a 27-hour circuit between Pretoria and Cape Town and includes private butler service, marble bathrooms and gourmet cuisine. Less posh, but nonetheless magnificent, Rocky Mountaineer has glass domed cars that allow guests to fully take in the majesty of the Canadian Rockies as they dine on fabulous food. Golden Chariot explores Southern India with two expansive itineraries and includes such features as a spa and gym.

As train travel becomes more and more popular, you should expect to find amazing routes and exemplary service in all corners of the globe. Consider making train travel your next vacation or, at the very least, adding it to enhance your experience in almost any destination.