You are at:Home»Current in Zionsville»Zionsville marathoners beat the blasts

Five Zionsville residents participated in last week’s Boston Marathon and all were able to complete the race before the bombs exploded near the finish line. Most were safely back in their hotel rooms, resting after finishing the race and watched the newscasts that were happening just below. 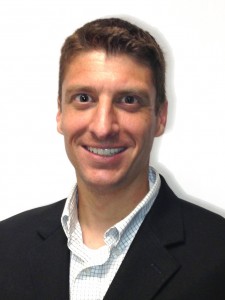 John Wolff, a first-time Boston marathon runner, was staying at Hotel 140 located .2 miles from Copley Square, where the finish line was located. He finished the race under 3:20 and was back in his room when the explosions occurred.

“My wife and I stayed in the hotel until 6 p.m., and then we ventured out to get something to eat,” Wolff said. “Runners and families were still milling around on the sidewalks next to heavily armed officers. Nearly everyone within eyesight had a mobile phone next to their ear. There was a lot of confusion and misinformation.”

But not enough to discourage him from running again.

“I would absolutely run the Boston Marathon again. It’s the running version of the Super Bowl, and I was thrilled to be there. I spoke with other participants and the consensus was that we would not let the cowardly actions of a few ruin such a tremendous event,” Wolff said.  “I wouldn’t be surprised if next year’s event is filled in record time.” 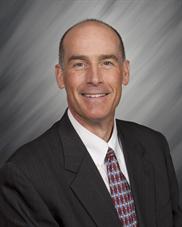 Todd Ponder was also back in his room after completing the race when tragedy struck.

“We were in our room so we just wound up watching the TV coverage like everybody else,” Ponder said. “I, of course, ran right by the bomb sites maybe 45 or 60 minutes earlier.”

Clayton Kelly was closer to the situation, finishing 25 minutes before the blasts and witnessing the chaos firsthand as he was recovering in the medical tent about a block away when a loud explosion was heard.

“There was a lot of activity in the tent, and then it just got silent,” Kelly said. “Someone said, ‘Whatever that was, we’ll hear about it soon.’”

And they did a few minutes later as the news arrived and injured people were brought into the tent. 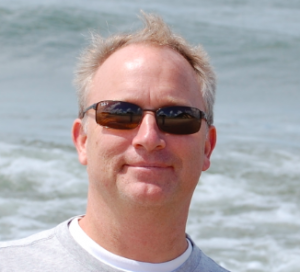 “When they started bringing in people in street clothes, we left to make room for the people who needed it,” Kelly said. “Then, we decided to go back to the hotel. We felt like it was a risk, but we didn’t have anywhere to go. I just felt so lucky that my wife and I were together when it happened.”

The scene the next day was otherworldly.

“On Tuesday, the FBI and soldiers with automatic weapons were in the hotel lobby,” Kelly said. “It felt like we were in a different country. It was very surreal. You can’t get your head around it when you’re in the moment. It was very sad.”

Timing was everything on marathon day and meant life or death for participants and family members. Abdel Bouaichi, an avid Zionsville runner who has completed more than 35 marathons, also beat the bombs.

“The day started vibrant and exciting. Everyone was in the marathon spirit, and the spectators were awesome. It was one of the best marathons I’ve had,” he said. “But, leaving was completely different. We left on Monday night at 8 p.m. and the airport was deserted. People were afraid to fly.”

Even though he ran at a slower pace than his usual 3-hour time because of an injury, he still reached the finish line in 3:15, and his pace may have saved his family.

Bouaichi said that shortly after he showered and came back downstairs after the race, he realized how close his family was to the tragedy. 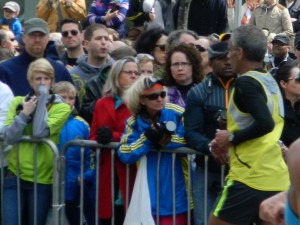 Photo of Abdel Bouaichi sprinting to the finish. Photo taken by his daughter in the exact spot the bomb ignited only one hour later. (submitted photo)

“Later, I started to connect the dots. It could have been us. Where my daughters were standing, that’s exactly where the bomb was – in front of Forum restaurant. They were leaning on that mailbox taking my picture. If I came in an hour later, that would have been us.” 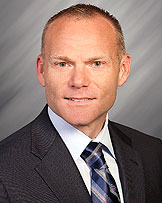 Amy Biggs, the only female runner from Zionsville, also finished the race about an hour before the blasts but was unable to be reached for comment before press time.

Charlie Edwards, a former Boston Marathon runner who also qualified this year but withdrew because of an injury, said he didn’t feel fortunate to have missed it.

“I don’t feel fortunate. The whole event is unfortunate,” he said. “I felt for everyone who was there. It’s a great event.”