Last month, GEICO announced that it would bring more than 1,000 jobs to Carmel when it opened a new Indianapolis office at 101 W. 103rdSt. in Carmel. Since then, Gary McKenzie, Indianapolis office director for GEICO, has been heading up operations in the new space. 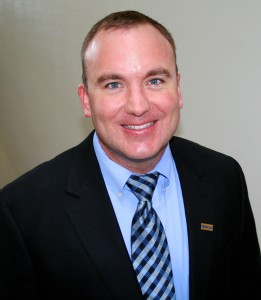 “I’ve got a small team of GEICO associates here currently, and we are doing on-site appointments here now,” McKenzie said. “We have about 50 appointments scheduled each day and more scheduled throughout the rest of the month.”

With more than 50 scheduled interviews a day across the team, McKenzie and GEICO have seen a massive influx of local workers hoping to secure a position in insurance sales.

“The response to GEICO has just been incredible. I’ve been very, very humbled by the applicants in Indiana that are looking to join the team,” McKenzie said. “Our applications are coming in strong, and they have been coming in strong since our press conference. One of the reasons we came here is because we didn’t want to be limited by the number of qualified candidates, and we saw that central Indiana was a place that would allow us to grow without limitation.”

McKenzie started working for GEICO in San Diego 10 years ago and has been with the company in a number of positions across the country including West Virginia, Washington, D.C., and New York. During the past month, he has developed an extremely good view of the central Indiana workforce.

“I’ve been impressed. They all demonstrate a great work ethic and a desire to work their way up within a company. They also have a great educational background and that, to me, is a bonus because we do prefer people who are always trying to learn more and put themselves in a position to which they can be competitive. I think Indiana has done a great job preparing people for the workforce,” McKenzie said.

GEICO’s first class of 58 new hires will begin training later this month with additional training sessions in May and June already being filled.

“I had started with the idea that the first class would be 36 people, but with the number of qualified applicants we’ve received, I didn’t want to turn anyone away,” McKenzie said.

GEICO will continue to expand and grow its new office throughout the next several years. All told, GEICO plans to bring more than 1,200 new jobs to Carmel by 2016.

The company’s massive growth in just a few short weeks has kept McKenzie busy, but excited.

“It’s going to be fun to watch it grow. It really is,” said McKenzie.

GEICO is already scheduling interviews for the next few months but doesn’t plan to be fully staffed until 2016. The Indianapolis office is actively seeking applicants over the next several months.