You are at:Home»Current in Carmel»Carmel Community»Cyclists and drivers must get along 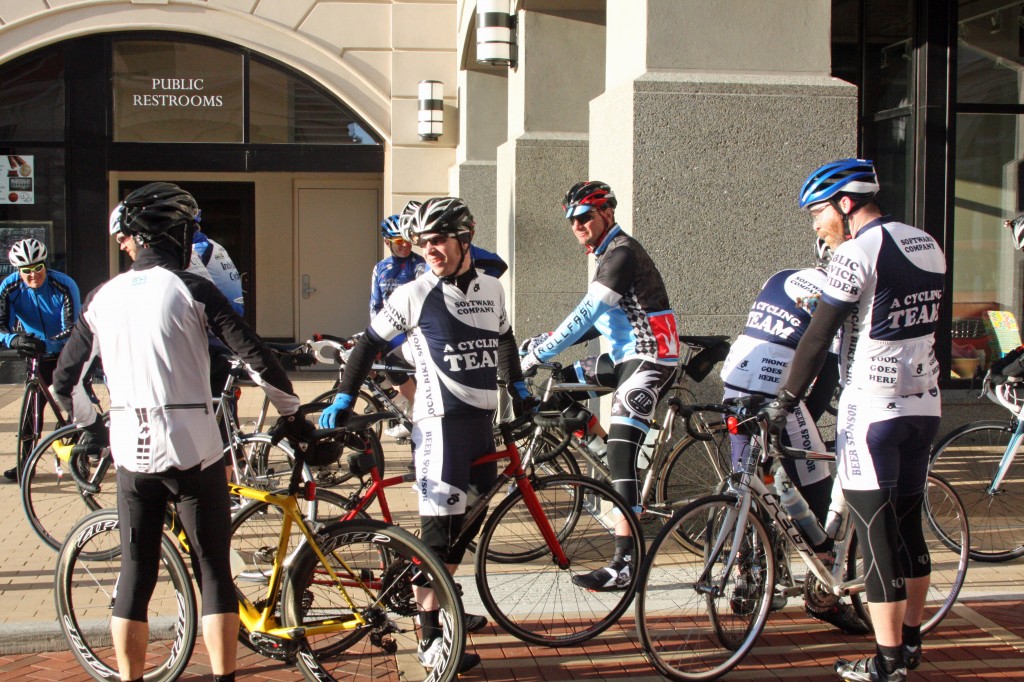 With spring finally here, so are the legions of cyclists – me among them – on Hamilton and Boone County roads. Unfortunately, like most years, tensions with local drivers will likely rise with the temperature.

Nebo Ridge Bicycles at 106th Street and Michigan Road has one of the largest shop rides in the country. On a Tuesday or Thursday evening in the summer, it’s not unusual to see up to 200 riders departing from the rear of the store.

With that many cyclists on the streets, there’s bound to be some pushback from drivers who have enjoyed sole dominance on the roads for years. Exasperating the issue are a small number of bike riders who disregard traffic rules and safety by flying through stop signs, riding into the opposing lane of traffic and more.

I’ve ridden in many of these large group rides – I was a member of the Nebo Ridge racing team for the last two years – so I know what happens firsthand. Before each ride at Nebo Ridge Bicycles, shop owner Tim Cassidy warns riders to obey the rules of the road and be considerate of drivers. But not every cyclist follows that advice. After Cassidy’s typical pre-ride speech last year, I remember one rider scoffed, “When drivers stop running signs, I will too.”

Full disclosure: I’ve rolled through stop signs before, and will, in all honesty, do so again, but only after looking both ways to ensure no cars are barreling down upon me. Most times, drivers at a four-way stop will wave me through anyway.

Cyclists ride in large packs so they can draft off one another and lessen the affects of a headwind. When the wind is coming from the side, riders will often form an echelon – a few riders serve as windbreak on the end, protecting the other riders who fan out to the left or right, depending on the wind direction. It’s tough work for the riders fighting the wind, which is why too few riders want to do it.

Instead of forming a second or third line and potentially losing the main group, weaker riders prefer to continue the echelon into the opposite lane, creating a safety hazard. When cars appear from the opposite direction, most riders will get over with plenty of time to spare, but I’ve seen firsthand too many close calls. I’ve yelled at other riders before and dropped out of the back of the pack when guys are riding like idiots. I’d rather ride into the wind alone than witness some guy riding left of the yellow line and getting splattered by a Ford F150.

My good friend and Nebo rider Jason Pope believes he has a responsibility to help teach the offending riders.

“I don’t believe that the size of the group necessarily has to contribute to the problem; I’ve seen huge groups ride in an orderly fashion,” Pope said. “Any ride needs a set of ground rules that everyone agrees to follow. We all need to follow them and politely call each other out when we make bad decisions.”

That’s not to say cyclists are always at fault. In fact, far from it. I’ve witnessed impatient drivers pass in a blind corner, nearly hitting another car head on, and others drivers pass cyclists riding in a perfectly legal double paceline, swerve in front of the group and hit their brakes, possibly to cause a pile-up and potentially injure a biker.

How can a roadway détente be reached? Understanding and patience go a long way. Cyclists should obey the rules of the road and be considerate of drivers who are trying to safely pass them. Drivers should be cautious when passing a group of riders; getting home 30 seconds later isn’t going to be the end of the world.