You are at:Home»Current in Carmel»Diane Elise Whittaker Wiley, 82 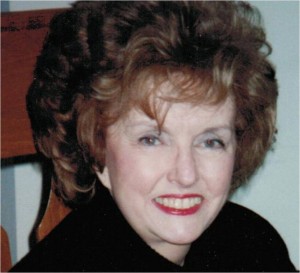 Diane Elise Whittaker Wiley,82, Carmel, died March 16.  She was born in Ann Arbor, Mich., to Clyde Frank and Conciola Bertha Whittaker on April 13, 1930.  She was raised in Anderson and was a longtime resident of Indianapolis. She was a graduate of Anderson High School in 1948 and received a bachelor’s degree in business from Indiana University in 1952. Diane dedicated her entire career to developing and effectively managing Anderson Memorial Park. Until her death, she served as the president and CEO of Park Development Corp., parent corporation of AMP.

A memorial service will be tomorrow in the Chapel at Aaron-Ruben-Nelson Mortuary, 11411 N. Michigan Rd., at 6:30 p.m. Visitation will begin at 4 p.m. until the time of the service.  A private burial service will be held at a later date at Anderson Memorial Park.

In lieu of flowers, the family requests that donations be made to the American Heart Association, or to a local Humane Society.