You are at:Home»Current in Carmel»Carmel Community»Klein appointed as dean of IU Robert H. McKinney School of Law 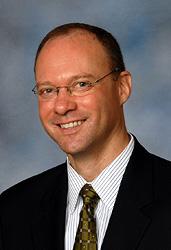 Klein will begin his new position July 1, pending approval of the IU Board of Trustees. Klein, 50, has served in the Chancellor’s Cabinet as chief of staff since 2010 and took on additional responsibilities as associate vice chancellor for academic affairs in 2012. As chief of staff, Klein handles a range of campus-related responsibilities, including oversight of the IUPUI intercollegiate athletics program.

Klein, who will be the 12th dean of the McKinney School since it became part of IU in 1944, has been a member of the school’s faculty since 2000.

“I am honored for this this opportunity,” Klein said. “The McKinney School of Law is one of Indiana’s most important assets — a training ground for so many of our state’s leaders and for outstanding lawyers around the world. I plan to do everything in my power to earn the trust that Indiana University has placed in me. And I am excited about working hand in hand with a tremendous faculty, excellent students and many loyal alumni who share my enthusiasm for our school.”

Klein is a member of the American Law Institute, a Distinguished Fellow of the Indianapolis Bar Foundation and a member of the Illinois Bar. Additionally, he serves as reporter for the Civil Jury Instructions Committee of the U.S. Court of Appeals for the 7th Circuit and is on the executive committee of the Association of American Law Schools Section on Torts and Compensation Systems.

Locally, Klein is a board member of the Madame Walker Theatre, the National Art Museum of Sport and Play Ball Indiana. He served on the Carmel Clay School Board of Education from 2008 to 2013, holding the office of president from 2009 to 2010.