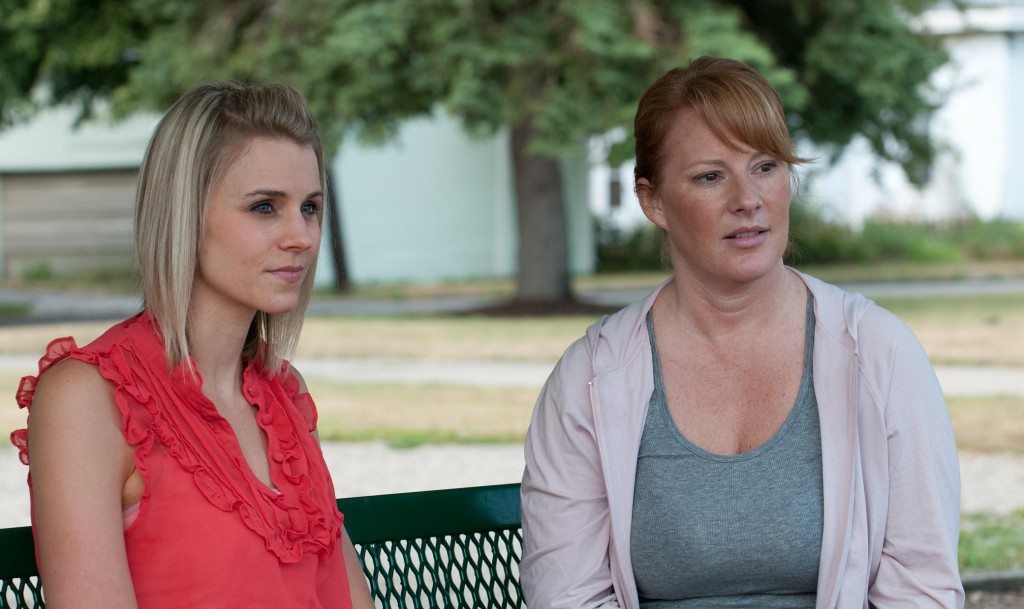 “Ingénue,” a locally-filmed movie, is set to premiere this weekend at the Indiana State Museum’s IMAX theater. Created by Indiana-owned Karmic Courage Productions, the film was shot on location at several venues throughout Hamilton County including Noblesville City Hall, the Noblesville Farmer’s Market, Greek’s Pizza and Carmel’s West Park.

“Ingénue” follows a married couple who discovers a human analog in their basement. While she appears to be around 20 years of age, the woman they find is a clone with the intelligence of a toddler. The couple is tasked with raising the clone and attempt to teach her what it means to be human. The film is family-friendly and has been compared to popular science fiction films such as “E.T.: The Extra Terrestrial” and “Twilight Zone.” 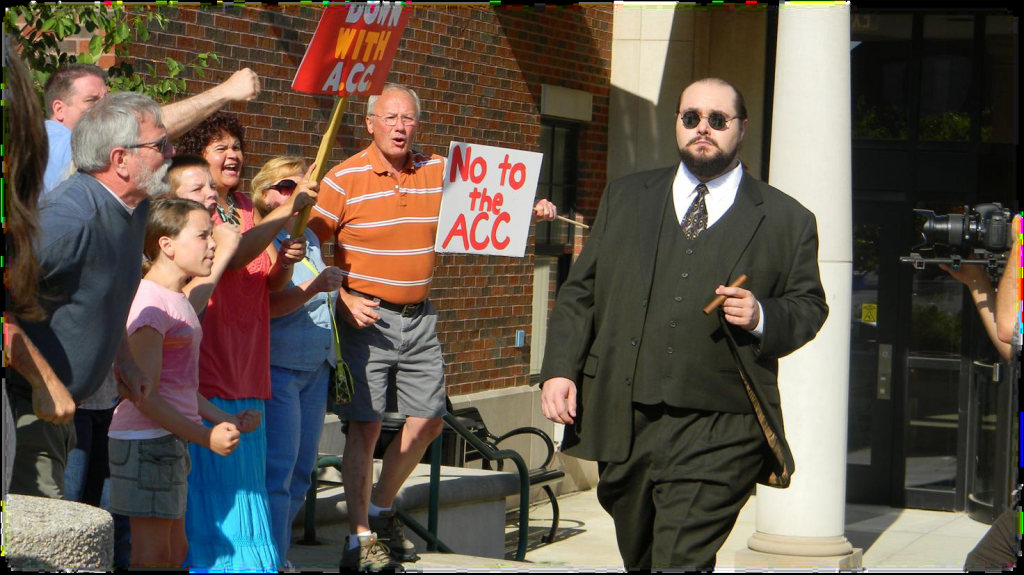 A protest scene was shot outside Noblesville City Hall in 105-degree heat and featured local business owners and residents of Fishers, Noblesville and Carmel as extras.

“I wanted to make a film that mothers could take their daughters to that didn’t have a wicked step-mother to overcome. I wanted to make a film that sci-fi fans could take the whole family to. I wanted to bring back the simple sci-fi story like ‘Twilight Zone’ used to tell,” said Kate Chaplin, writer and director of “Ingénue.” “(The film) encapsulates what I wanted Karmic Courage Productions to be, a professional production company that tells solid stories that showcase strong, flawed and wise female characters.”

The original idea for the film came from a photograph taken by one of Chaplin’s friends.

“I went to my friend Brian McGuffog’s Flicker account,” Chaplin said. “On his page, I saw an image of a young woman laying in cardboard box. I started writing notes: How did she get in the box? Where was the box? Why was she in the box?”

Chaplin wrote her original notes in March of 2011, but the story sat until January 2012 due to other directing projects. In the end, “Ingenue” was shot during 11 days last summer in record-high temperatures.

Chaplin’s work, which includes nine other films, has won a number of awards throughout the state, including the INDY Award for Audience Choice, the Gold Award for Defying Stereotypes and a nomination for a Hoosier Lens Award from the Indianapolis International Film Festival. Last month, Chaplin was a guest speaker at North Central High School for the Women Like Us Foundation’s “Girls are Worth It” event.