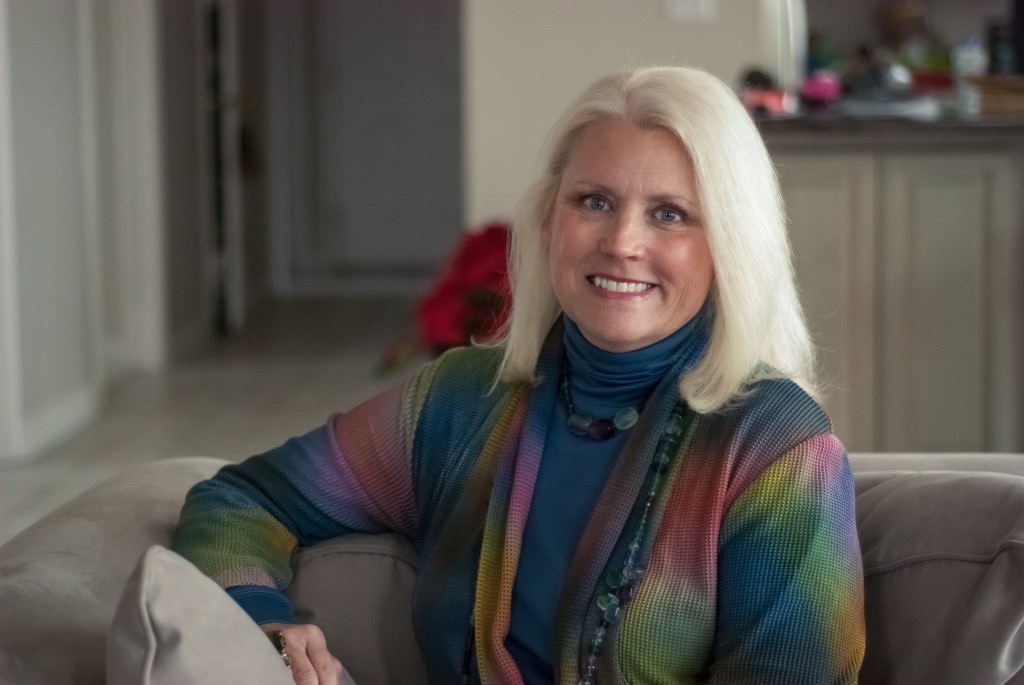 During the past 40 years, Carmel resident and Indianapolis native Deb Roccaforte, 63, has worked across the country in the entertainment and event planning industries. Her storied career has sent her to both sides of the country and many places in between. Now living in Carmel with her husband, Roccaforte recently sat down with Current to reflect on years gone by.

What led Roccaforte back home to Indiana at the helm of her own business, Forté? The answer lies in a career spanning the past 40 years and stretching from Indianapolis to New York to Philadelphia to Los Angeles, and now, to Carmel. 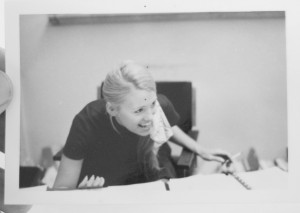 Roccaforte in her office at “The Tonight Show with Johnny Carson” in 1971, smoking a cigarette.

Roccaforte began as an intern for Indianapolis’ Channel 6 in 1968. As an intern, she was tasked with pushing out advertisements, manning the teleprompter and anything else that was needed of her.

A little more than a year later, Roccaforte made her way to Channel 8 where she wrote documentaries, first working on “The Roadbuilders,” a piece on the construction of I-465.

She has been following that advice closely ever since, having gained experience coordinating telethons, directing a dance company and producing television in three different markets across the country, including a two-year stint at “The Tonight Show” with Johnny Carson in 1970.

From Indianapolis to New York

Initially brought to New York City by her modeling career, Roccaforte was brought on “The Tonight Show” as an assistant talent coordinator, an experience that would come to aid her well throughout life.

Roccaforte researched guests, conducted pre-interviews and wrote guest notes that she hand delivered to Carson each day at 2 p.m.

“Johnny was an extremely quiet man,” Roccaforte said. “There was something very vulnerable about him. You wanted to do your best for him, and you kind of wanted to protect him even though there was nothing about his demeanor that would say, ‘protect me.’”

In 1971, Roccaforte left “The Tonight Show” for “The Mike Douglas Show” where she was quickly promoted to head talent coordinator. She was responsible for planning, booking and clearing all the guests on the show during her time in Philadelphia.

Roccaforte came face to face with a number of celebrities. One day, William Holden sat on the edge of her desk and bummed cigarettes all afternoon. Another, George Carlin, came into the office, tried out new material and just sat and talked.

Roccaforte’s prize booking was a weeklong co-hosting of the show by John Lennon and Yoko Ono. Ono had an album and a book to promote, but Roccaforte negotiated a meeting with Lennon as a part of the booking

“(Our producer and I) went over to the Warwick hotel, to one of the suites, and there, opening the door to us, is John Lennon in a full Yankees uniform. I mean the leggings, everything and skin so white I don’t think he’d ever been in the sunshine,” Roccaforte said. “Here I was, one of those high schoolers who went to see the Beatles, but I just thought ‘you know, he’s just a dude.’”

In the end, both Lennon and Ono were brought on board to co-host in what was one of the show’s most colorful weeks.

Lennon and Ono selected guests to be on the show during their hosting week. Their selections included Bobby Seale, co-founder of the Black Panther Party, several individuals wanted by the FBI at the time and Jerry Rubin, one of the Chicago Seven.

“I couldn’t get clearance from Westinghouse to book the people (Lennon) and Yoko wanted because we would have been busted,” said Roccaforte, laughing.

After moving to Los Angeles in late 1973, Roccaforte began a period of moving in and out of the production industry while simultaneously starting a family.

During this time, she was in charge of producing a telethon for Sugar Ray Robinson’s youth foundation. Roccaforte also started a stained glass business and a sweater design business, always being one to stay busy.

In 1992, Roccaforte began working for her now husband Michael at the Indianapolis-based corporate event planning and production business that she now owns. By 1995, the couple was married and has been working together ever since.

“We’re married, we work together, and we like each other,” Roccaforte said. “Michael is extremely artistic and creative and really, really technically savvy with everything that needs to go on with (Forté).”

The future is bright for both Roccaforte and Forté as she shows no sign of stopping anytime soon. Roccaforte is continuing to produce and plan events throughout the state, the country and the world at large.

“The best part about my life is that no two weeks are ever the same,” Roccaforte said. “Sometimes they are really hard weeks, but I wouldn’t trade it for anything.”