The award is given for high moral and ethical standards and dedication to important civic causes which improve the quality of life for the community. Other recipients of this award include Colonel Eli Lilly, founder of Eli Lilly and Co., Colts owner Jim Irsay, and Jim Morris, president of Pacers Sports and Entertainment and former executive director of the United Nations World Food Programme.

Dick’s commitment to the community and his life of service is evident to all who know him. In a recent letter received from Morris, he commended Dick, writing, “The award is very well deserved, as you have done more for this community than anyone I know.”

“Because he’s been involved in so many organizations, when we go out, we can’t have dinner in quiet,” she said. “My son said, ‘It’s like going to dinner with a rock star,’ because he’s touched so many lives.”

Dick doesn’t see it that way.

“The community has been good to me, and it’s important I share my time, talents, and treasures with others,” he said. 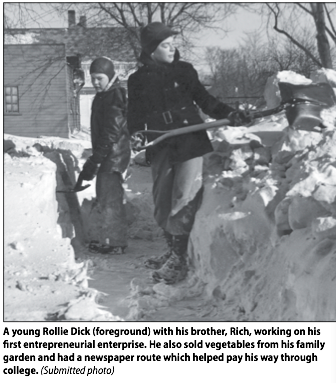 Growing up “dirt poor,” he had no treasures to share in his youth, but  he learned that giving his time could reap some benefits. In his early 20s with no extra change in his pocket, Dick searched for something affordable to do and found it at the local KRNT theatre in DesMoines, Iowa, where his passion for the arts and volunteering became ignited.

“I learned that if you showed up two hours before the show and volunteered to show people to their seats, you got two free tickets,” Dick said. After years of ushering he admits, “I became hooked on theatre.”

Through the years, he also became hooked on volunteering, learning the value of giving back and the rewards of relationships built along the way.

Despite his busy schedule working full time as a consultant at MH Equity Investors, Dick makes time to give back. His passion for not-for-profit work is mainly focussed around the arts and education, especially in impoverished areas.

“Getting education going in the inner city is tough work. I sit on several boards – inner city on one side and Butler on the other,” he said. “It’s quite a contrast.”

His volunteer work through the years has brought experience, lifelong relationships, and life lessons to share.

“You should become involved with organizations you have a passion for,” Dick explained, “There are very few organizations that I write a check to where I don’t have some involvement. It’s not just the joy in writing the check but seeing the good that’s done with it.” 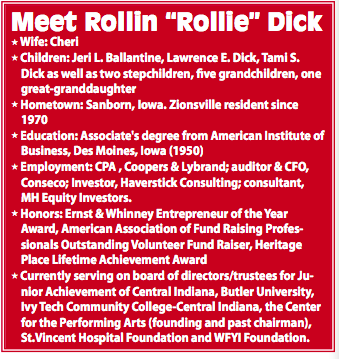 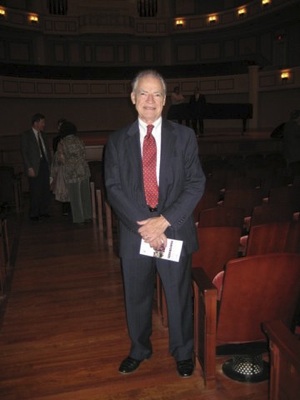