You are at:Home»Current in Westfield»Work progresses on Grand Junction 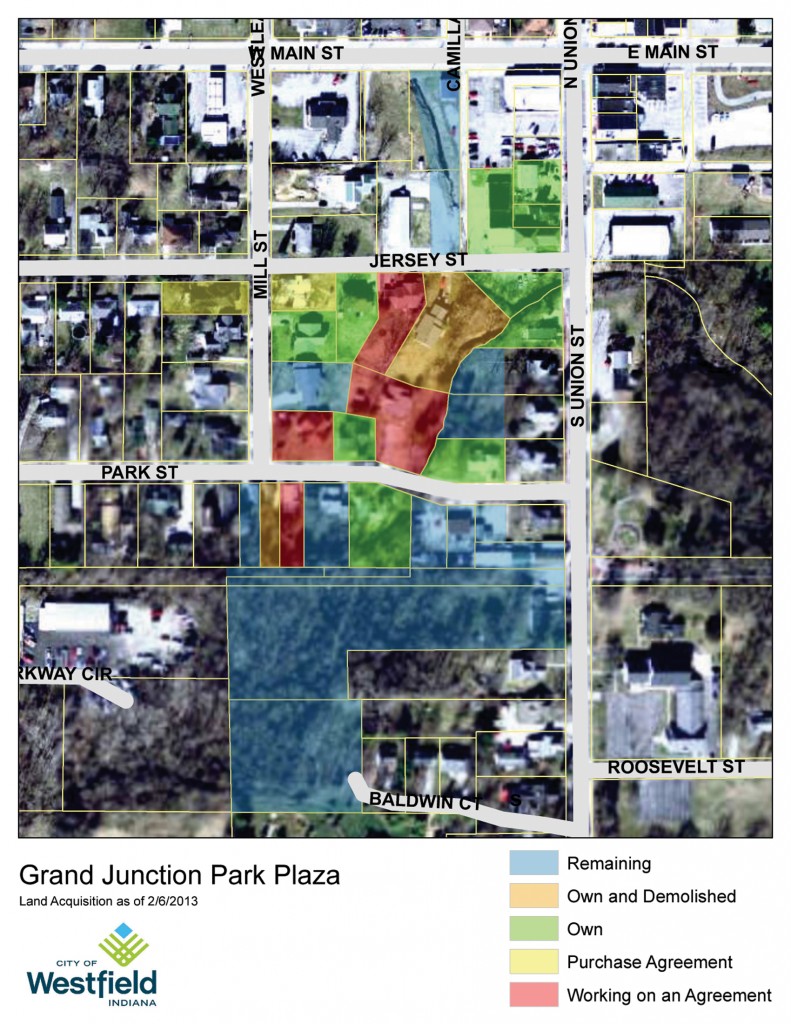 As Grand Park reaches its final stages and the U.S. 31 Major Moves construction nears it final two years, one other massive project in Westfield is beginning to take shape. During the Christmas holiday, the city demolished the first property it acquired for Grand Junction.Parks Director Melody Jones said that since the holiday, the city had purchased another five properties. Once the buildings have been tested for asbestos, the city plans on demolishing them this spring.

“We have 10 parcels to purchase and five partials,” she said. “The city has acquired almost a block and a half of the old downtown area.”

Before the Grand Junction project can begin, Westfield Mayor Andy Cook said the city must buy 27 individual parcels of land. Two parcels belong to the City of Noblesville along Midland Trace Trail and five properties only require a portion of the parcel.

This month, the plaza plan will be 50-percent developed, which means the city can begin to acquire all the necessary, and numerous, permits. The Grand Junction Task Force Group will begin the final design of the plaza with engineers and designers.

“They’ll battle over the final specifications and plans for the project,” Cook said. “Then we can move on to construction in the next couple of years.”

To date, Jones said the city had spent $962,401 to buy the land, test for asbestos and perform demolition.

“None of it came from taxpayers,” she said, adding funds were used from bond proceeds, TIF funding and park impact fees.

“If everything is under control and bought by 2014, construction can begin in 2015,” she said.

The 120-acre Grand Junction will be located south of Jersey Street between Mill and South Union streets. Grand Junction is envisioned to include trails, wetlands, a sled hill, plazas, an arts garden, a water play area, a nature play area, a great lawn, a performance venue, a play lawn and a vendor area. 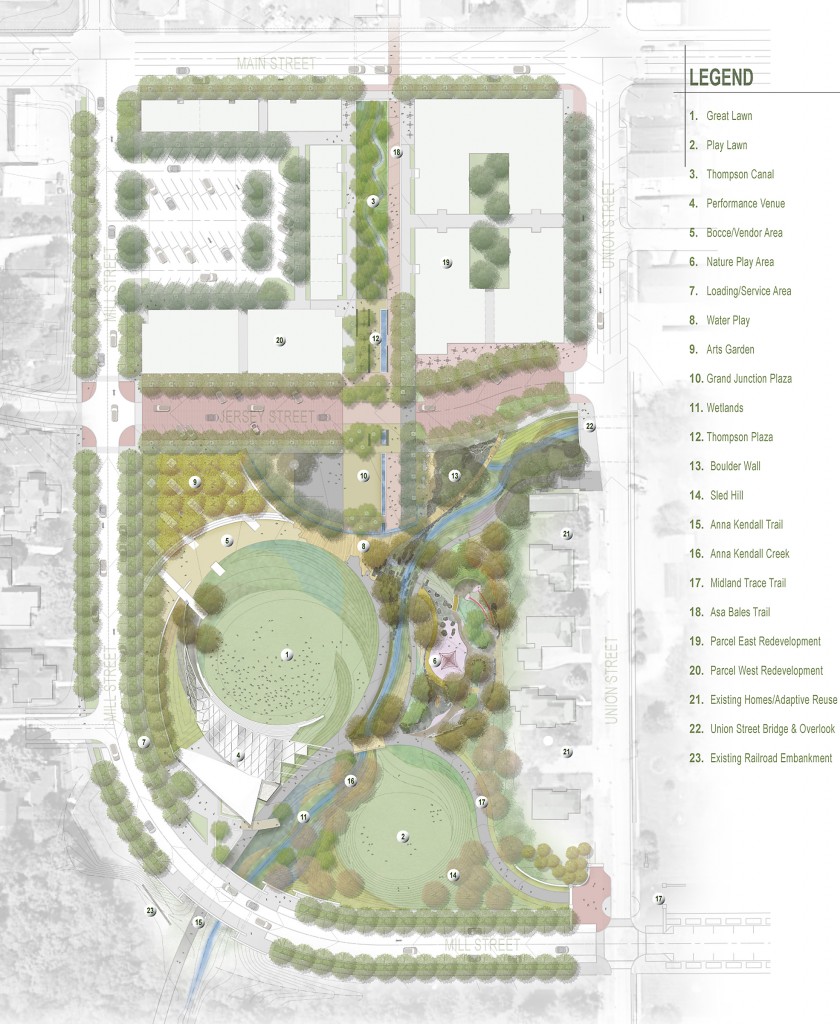