You are at:Home»Current in Westfield»For the Dogs 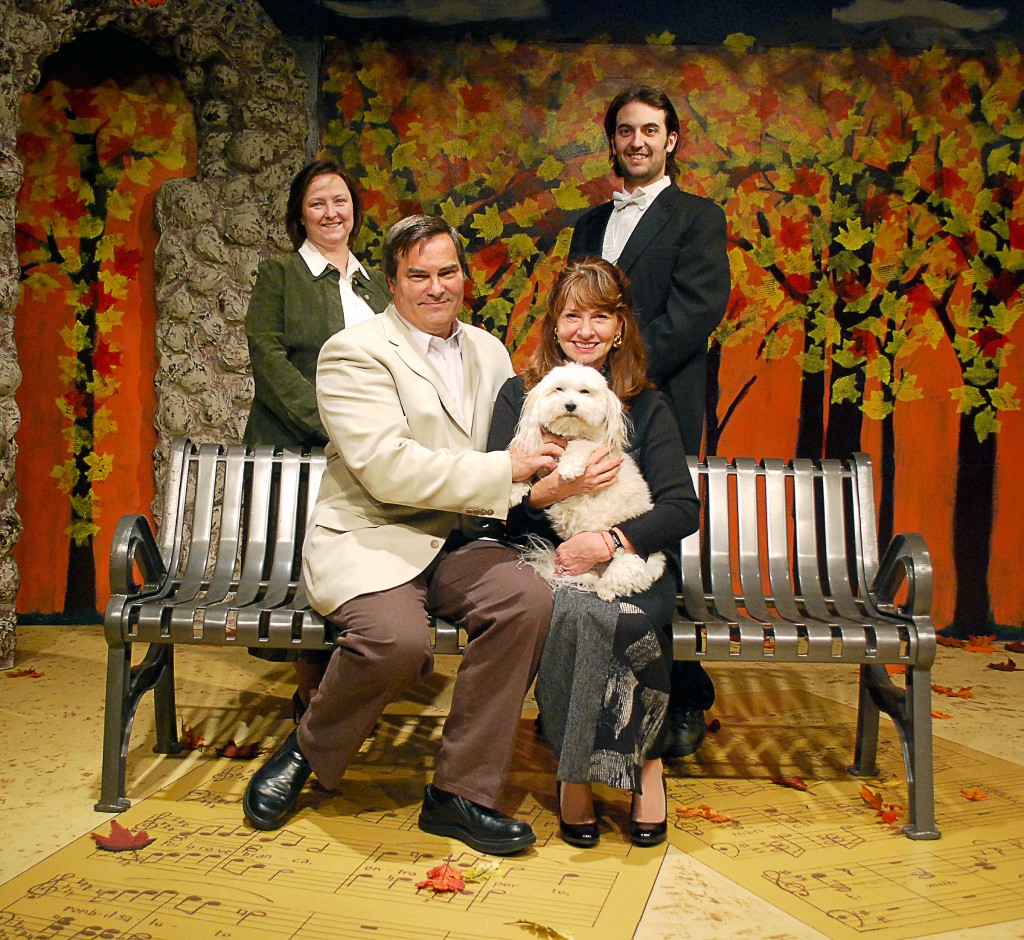 Love can land you in the doghouse, but ‘The Last Romance’ producers hope to help keep dogs out of them and in the park 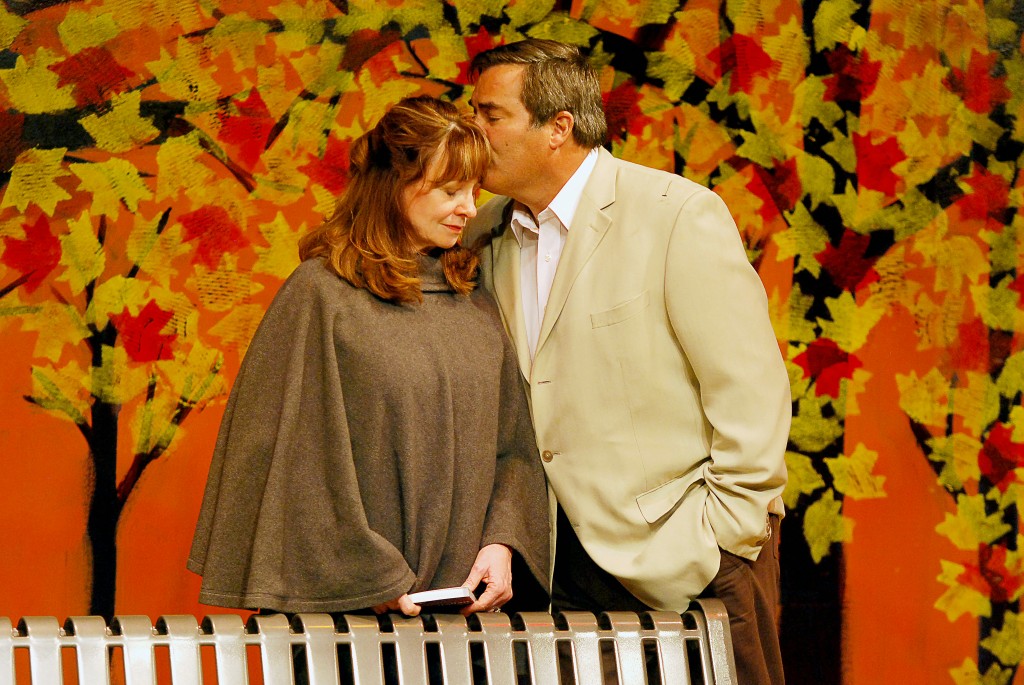 In “The Last Romance,” Ralph Bellini and Carol Reynolds fall in love during a chance meeting at a dog park. Their chemistry onstage may seem so genuine because in real life, Doug and Robin Peet have been in love for many years.“It’s fun to play we’re in love – it’s acting,” Doug joked.

The married couple has shared the stage as leads in many shows including “Same Time Next Year,” “Moon Over Buffalo,” Born Yesterday” and “I Love You Perfect Now Change.”

“It’s really special to be on stage together,” Robin said. “We practice lines together in the car or at lunchtime.”

Joining the Peets onstage is their dog, Sebastian, who is making his acting debut.

The two said they auditioned for the show because of how well it was written.

“There’s a lot of depth to it – emotion to it. It’s not slapstick, but there are a lot of comedic lines,” Doug said. “It’s a play most people can relate too. All that lovers want is to be in love, but it ain’t that simple – life gets in the way.”

The play shows how a crush can make anyone feel young again – even a widower named Ralph. On an ordinary day in a routine life, Ralph decides to take a different path on his daily walk – one that leads him to an unexpected second chance at love. Relying on a renewed boyish charm, Ralph attempts to woo the elegant, but distant Carol. Defying Carol’s reticence – and his lonely sister’s jealousy – Ralph embarks on the trip of a lifetime and regains a happiness that seemed all but lost. 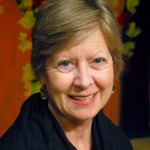 Director Jan Jamison said the play was originally written for 70- and 80-yea-old actors.“It’s hard to find actors that age,” she said. “The play shows you can fall in love at any age… It’s full of emotions.”

Jamison knew she wanted to direct this show when she read the script.

“It’s one of the best written plays I had read in a long time,” she said. “When I read it, I said, ‘Oh, Andy will be perfect’ and I’ll work around his schedule.”

Andy Morales met Jamison at a production of “The Pirates of Penzance” at Carmel Repertoire Theater.

“I’ve been in 15 shows since I moved here three years ago (from Cleveland),” he said. “They got their claws in me.” 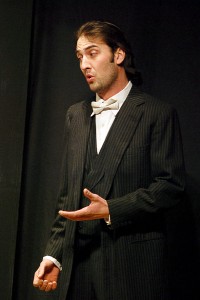 When Morales is not acting, he’s singing as a member of the Indianapolis Opera Chorus or serving as vocal director for a lot of local musicals. In “The Last Romance,” Morales portrays a young Ralph and sings Italian opera throughout the show.

“I’m a tenor and can sing the high baritone parts of songs. It’s not full songs but all the little fun parts,” he said. “I like the smaller theater. The first operas were done in a space like this. I like the intimate setting, no microphones and keeping it simple.”

What: “The Last Romance” by Joe DiPietro

Plot: “The Last Romance” is a heart-warming comedy about the transformative power of love. 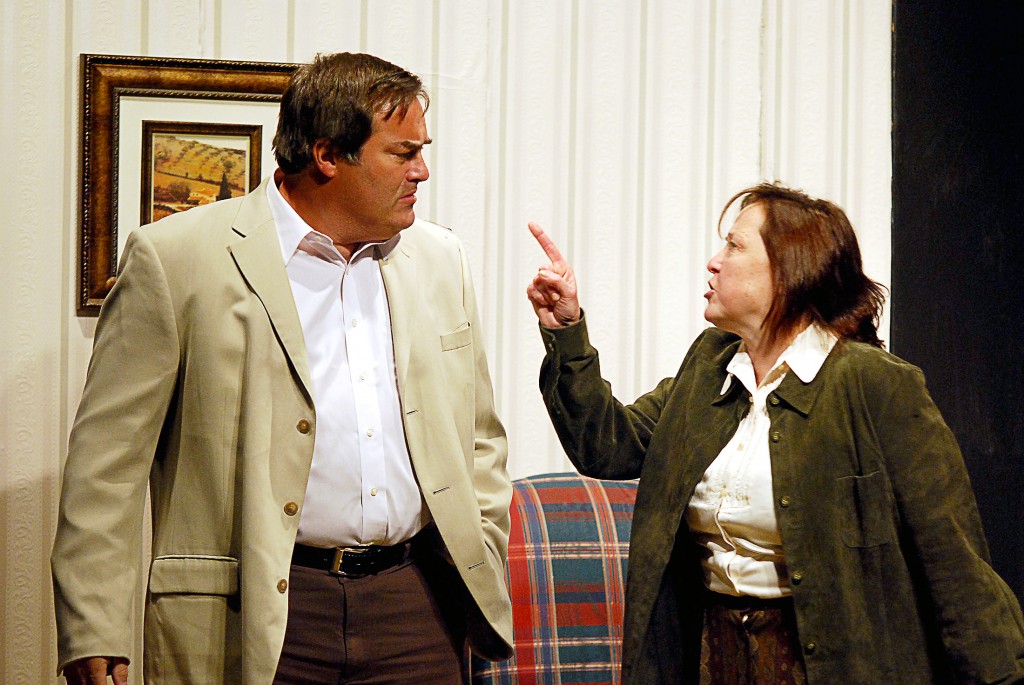 Fundraising for the ‘Friends’

“Our goal at this point in our organization’s ‘life’ was to continue to increase the community’s awareness that a committee of Westfield citizens, in partnership with Westfield Parks and Recreation, is actively pursuing the development of Osborne Park at 169th Street and Ditch Road,” he said.

“We’re just excited to be involved,” Jamison said. “The dogs coming are eventually going to be member of the Bark Park.”

The site plan would include four dog play areas of various sizes, in addition to a number of other non-dog-owner benefits including walking paths, playgrounds, picnic/shelter facilities, and fishing in the pre-existing pond.

“After working with the playhouse over the past few weeks, the two groups have seen the value that the other provides and have become real ambassadors for each other’s programs. During this production run, the Playhouse will be graciously donating $2 from every ticket sale to the Friends organization and we will be accepting donations at the playhouse during each show,” Braun said. “The Westfield Playhouse truly is one of the hidden gems of this community and we encourage everyone to come out and support both organizations over the next few weeks.”