You are at:Home»Current in Carmel»Carmel Cover Stories»District at a crossroads

Some believe rebounding economy will help, others unsure 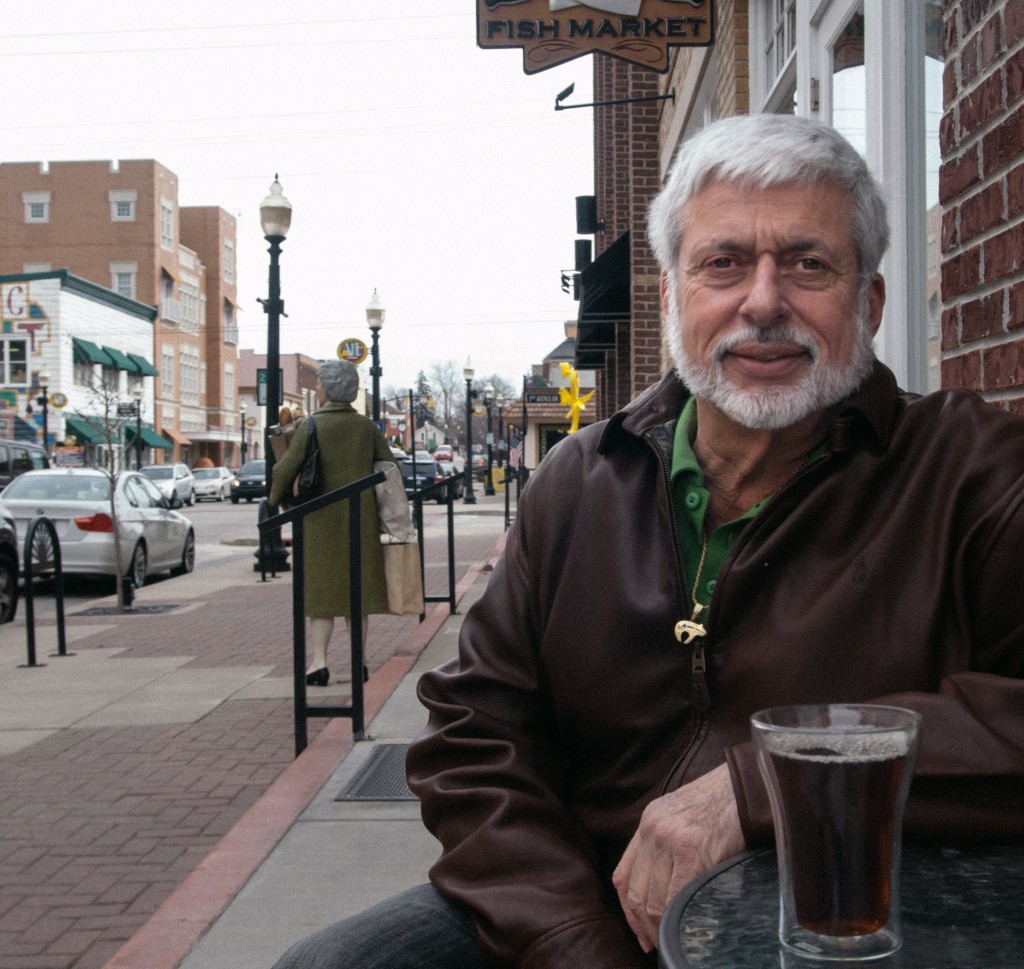 Skip Fioretti, co-owner of Tea Buds in the Arts & Design
District, is not sure if he will renew the shop’s lease due
to lackluster business during the cold winter months.

The corner of Main Street and Range Line Road is perhaps the most heavily trafficked corner of Carmel’s vaunted Arts & Design District, but all three of its main storefronts sit vacant.

Nearly a decade since the concept was first announced, the Arts & Design District appears at a crossroads. After the economy went south, fewer people had the discretionary income for high-priced art. Some galleries left, their spots filled with shops aimed at a more local demographic. City leaders envisioned the area as a cultural magnet, attracting citizens throughout Hamilton County and Indianapolis, but has it happened?

Terry Gentry, former president of the Carmel Arts & Design District Gallery Association, acknowledged the district may be going through challenging times, but that’s due to the national economy more than a local disregard for fine art. The empty storefronts “don’t help the perception of the district,” he said, but added there’s a lot of interest in those open spaces.

The abundance of available nearby options could be hurting efforts to fill the more visible spaces, said Sharon Thompson, executive director at Keller Williams’ Commercial Division.

“With City Center and the Indiana Design Center opening up, there are more options (for shop owners),” Thompson said. “(Some landlords) may have bought high, when the economy was better, and have certain numbers in mind. At some point, they’ll probably adjust.”

With the improving economy, Thompson sees many of the empty spaces being filled within the next year or so. The former Artichoke Designs space at the southwest corner of the aforementioned intersection is believed to have a new tenant signed, but no details are known at this time.

“This is a great time for small-business owners,” Thompson said. “Interest rates have never been lower. I’ve noticed a lot more interest from people about buying property or shifting to a new space once their lease is up. … The economy seems to be coming back.”

But not all district merchants are convinced.

Tea Buds co-owner Skip Fioretti says business has been just OK in the 14 months since the shop opened next to Joe’s Butcher Shop on the south side of Main Street. Although he has nothing but positive things to say about the other district merchants, he’s not sure if he’ll renew the shop’s lease when it’s up in another year and a half. The district is designed for walkability, which is great in the warmer months, but can dampen business in the winter. Fioretti believes it’s just not possible to make up for the slow business the rest of the year.

Nearby, business is booming for Carmel Tattoo Ink, but owner Michelle Yager-French doesn’t believe their success is a result of the district.

“It hasn’t really had a big impact on us,” said Yager-French. “We’ll see some walk-in traffic during one of the gallery walks, but only about 20 percent (become customers).”

Bill Niemeyer opened the Atlas Fantasy Art House in the 200 block of West Main Street in March last year, but he closed it less than a year later. He said sales were only so-so for the “imaginative realism” artwork, which retails between $600 and $55,000, but also blames a lack of support and respect from the Carmel Redevelopment Commission and other gallery owners.

“The artists I work with are very supportive of one another, do what they can to help each other. I don’t see that among the gallery owners in Carmel,” Niemeyer said. “I sensed hostility from some of the gallery owners. It seemed everyone was out for themselves.”

Gentry disagreed with Niemeyer, whom he considers a friend.

“When you work together, you’re going to have differing opinions,” Gentry said. “We’ve got a mix of new owners and the more experienced; it’s a great combination. The diversity of opinions only makes us stronger.”

What’s the long-term prognosis for the district? Both Thompson and Fioretti suggested continued diversification could help the overall strength of the area. Prices for some artwork should also be decreased, Thompson added. Last year, she and a friend walked through most of the galleries looking for a new art piece for around $200; they couldn’t find anything.

“The art doesn’t seem to be accessible for the average Hoosier,” Thompson said. “There definitely needs to be a greater range of prices. Many of these galleries could make more selling 10 items for $100 apiece than waiting all month to sell one $1,000 piece.”

Yager-French echoed Thompson’s thoughts, adding many of her customers are shocked by a lack of “arty” things to do when visiting.

“People come (to the district) once, but they’re don’t come back because things are too expensive and there aren’t enough things to see or do,” Yager-French said.

Gentry suggested that a lowered price of entry-level art may be too low to be economically feasible for most galleries.

“Our galleries have a variety of price points,” Gentry said. “But at the end of the day, each of the galleries wants to maintain a certain level of quality. $200 for a piece would definitely be an outlier.”

Designer’s reason for leaving not what you’d expect

Current reached out to Vicky Earley, Associate ASID for Artichoke Designs, a former tenant at the corner of Main Street and Range Line Road, about the business’ recent move to the Chateau Design Center, 301 E. Carmel Dr.

“Our reason for leaving the corner is a bit unexpected,” said Earley in an e-mail. “As a design business, foot traffic from visitors to the city became quite heavy at times. This was fine when our retail only location was there, but as the design side of our business grew, the tourists (foot traffic) became a distraction. That corner is ideal for a retail-type business that sells smaller impulse items, something that would appeal to visitors as well as residents. The opportunity arose to move both retail and design to the Chateau building on Carmel Drive at a point when our lease was up for renewal.”