You are at:Home»Current in Westfield»Former WHS wrestling coach inducted into Hall of Fame 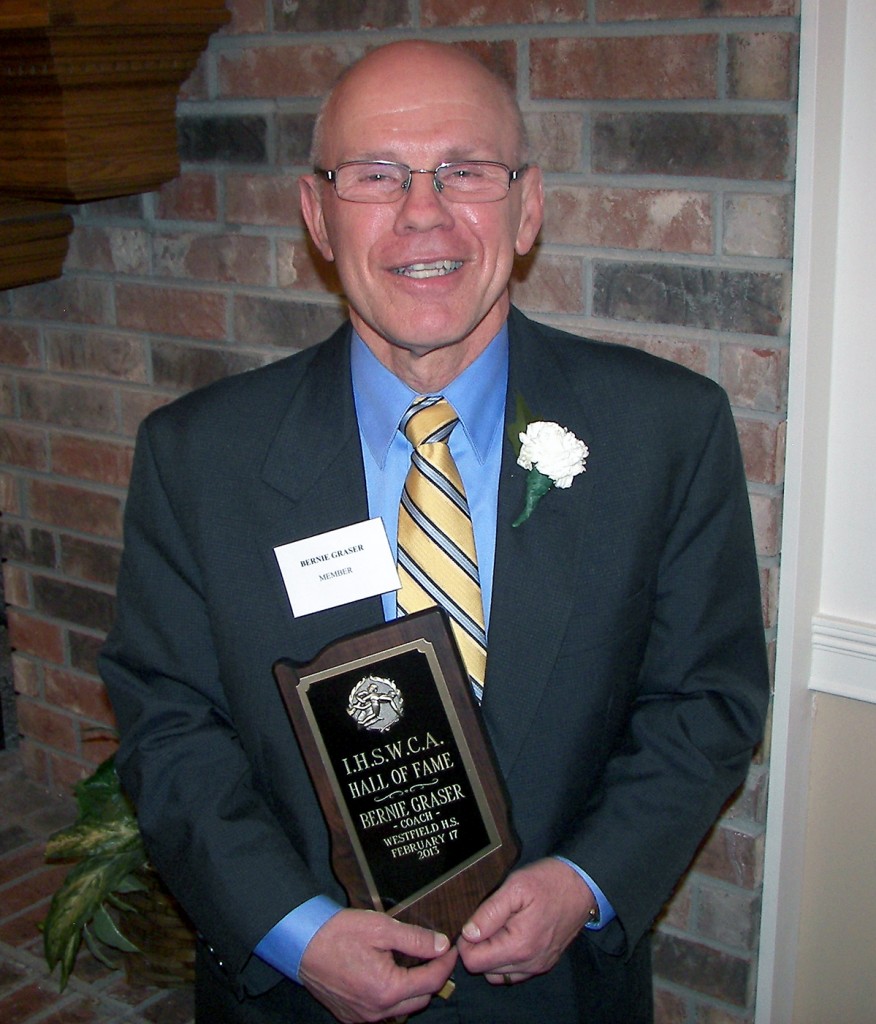 Graser was the head coach at Westfield High School from 1973 to 1987. During his tenure, he compiled a career coaching record in dual meets of 127-41-4, an impressive winning percentage of 73.8, and guided his teams to nine conference titles.

In 1987, Graser left WHS to begin his career as a school administrator. His first administrative job was as the athletic director at Harrison High School in West Lafayette. He finished his career as superintendent of the Frontier School Corp. where he was instrumental in adding wrestling as a varsity sport.