You are at:Home»Current in Westfield»Westfield City Council – Feb. 12 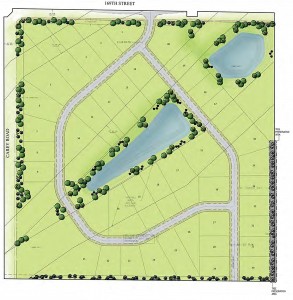 What it means: Beazer Homes, LLC, has proposed its plan to complete the development of Walnut Ridge Estates by introducing its new landscaping plan and home elevations. Walnut Ridge is 40 acres on the southeast corner of 169th Street and Carey Road that was developed in 2008 into 40 home sites. Since that time, no homes have been built in the development and Beazer is making no changes to the standards in the previous commitments.

What’s next: The commitments will be heard by the Westfield Advisory Plan Commission on March 4.

Action: Transfer right of way property to county and state

What it means: Hamilton County will accept a right of way transfer from the city in lieu of payment for Westfield’s $80,000 portion of the cost to build a bridge over Cool Creek on 161st Street. Mayor Andy Cook said the bridge would be widened to four lanes as requested by the city. The city of Westfield will receive $34,985 from the state for right of way and temporary right of way construction of. U.S. 31 at 156th Street.

What’s next: The resolution was approved 6-0 and will take effect. 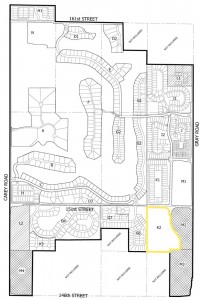 What it means: Multi-family apartments are permitted in the development plan of Bridgewater in 2004. Justus Apartments wants to build 240 luxury apartment homes in 23 acres on the south side of 151st Street, west of Gray Road. The area is currently vacant and zoned for mixed use.

What’s next: The ordinance will be heard by the APC on March 4.

What it means: The annexation plan is for one parcel of property on the southeast corner of Setter Road, approximately 3 acres in size. City officials said the property was supposed to be annexed in 2006 with the surrounding properties but was omitted in the legal form.

What’s next: The land will be annexed and it will have little to no impact on the city.

Action: Board of Public Works & Safety Grant of Additional Jurisdiction

What it means: Certain issues that are presented to the council are more appropriate for the expertise of the Board of Public Works. These matters include but are not limited to: requests for reductions of fees and fines imposed by the Westfield Code of Ordinances; and any fee, fine and/or charge for utilities that as imposed are unfair, unjust, miscalculated and/or impose an unintended hardship on a citizen.

What’s next: The ordinance was approved 5-1 and will now take effect.