You are at:Home»Current in Zionsville»Former Carter Toy Museum still for sale 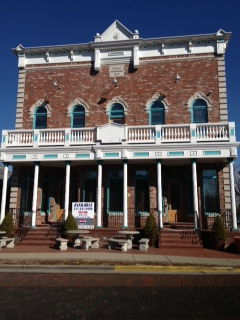 The 14,000 square-foot Carter Building that once housed the Carter Toy Museum and Ice Cream Parlor is back on the market after attempts to auction the property were unsuccessful.

Not long after the death of the owner, Robert Carter, in 2011, all the contents of the building, including the antique toys, carousel and bumper cars that were once Carter’s personal collection, were put up for auction in the Fall of 2012 through Morphy Auctions located in Denver, Penn. The physical property was also put up for auction through Morphy’s but no buyer was found.

The property, which includes an elevator, three garage spaces and 13 off-street parking spaces, is now listed for sale for $2 million.