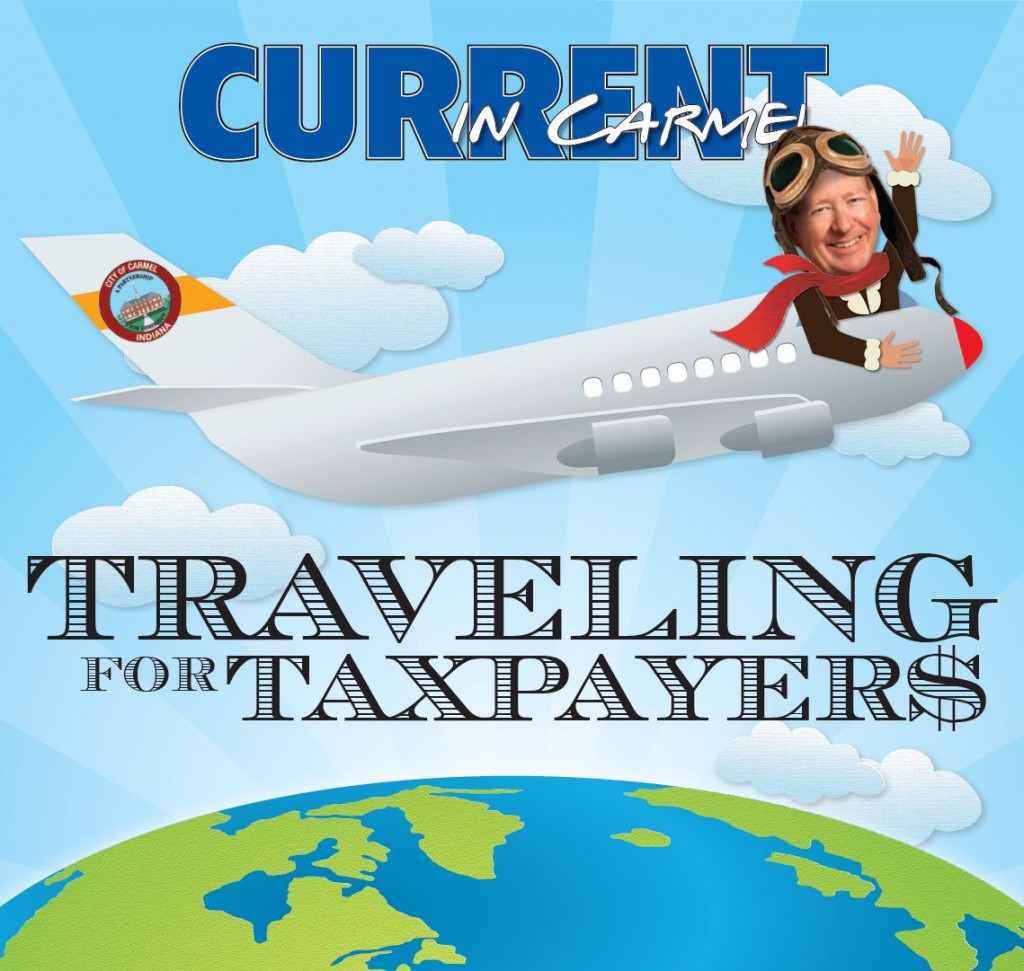 Mayor Jim Brainard has been racking up the frequent-flyer miles during the past five years.

As Carmel has transformed from an affluent bedroom community to a thriving suburban city in its own right, the architect of that change is in high demand. Brainard has flown to Texas and Florida to talk roundabouts, and to Illinois and beyond to talk about remaking the suburbs. In December, Brainard returned from his longest trip yet: Qatar. The Saudi government flew Brainard and other U.S. mayors to their country to talk city planning.

“We’re in a world economy now,” Brainard said. “We have to get out there in order to be successful. People in the Midwest and Indiana, they’re not seeing what they’re up against.”

A large percentage of his travel is paid for by the groups he’s speaking to, but Carmel taxpayers do shell out for many of Brainard’s trips – about $52,000 during the past five years, an average of eight trips per year. His most expensive taxpayer-funded trip was a $5,022 jaunt to London last year for economic development. He spent a week in England, personally meeting with representatives from 60 different companies, including Oxford Biosignals, which currently has an office along the U.S. 31 corridor and could be expanding in the future.

Most of the trips are for the U.S. Council of Mayors, which Brainard, a trustee of the group, claims is invaluable.

“We’re finding out what Congress is doing to hurt or help our cities,” Brainard said. “It’s (also) about getting out there and seeing what the other mayors are doing. They are our competition for jobs we want to bring to Carmel; it’s important to know what they’re doing.”

Not surprisingly, Brainard travels to Washington, D.C. the most. During a two-day stay in the capitol in July, Brainard met with officials from the Federal Highway Administration and the White House Office of Government Affairs, the International Economic Development Council, Senators Dan Coats and Richard Luger, U.S. Representative Dan Burton and reporters from the Associated Press and other media outlets. 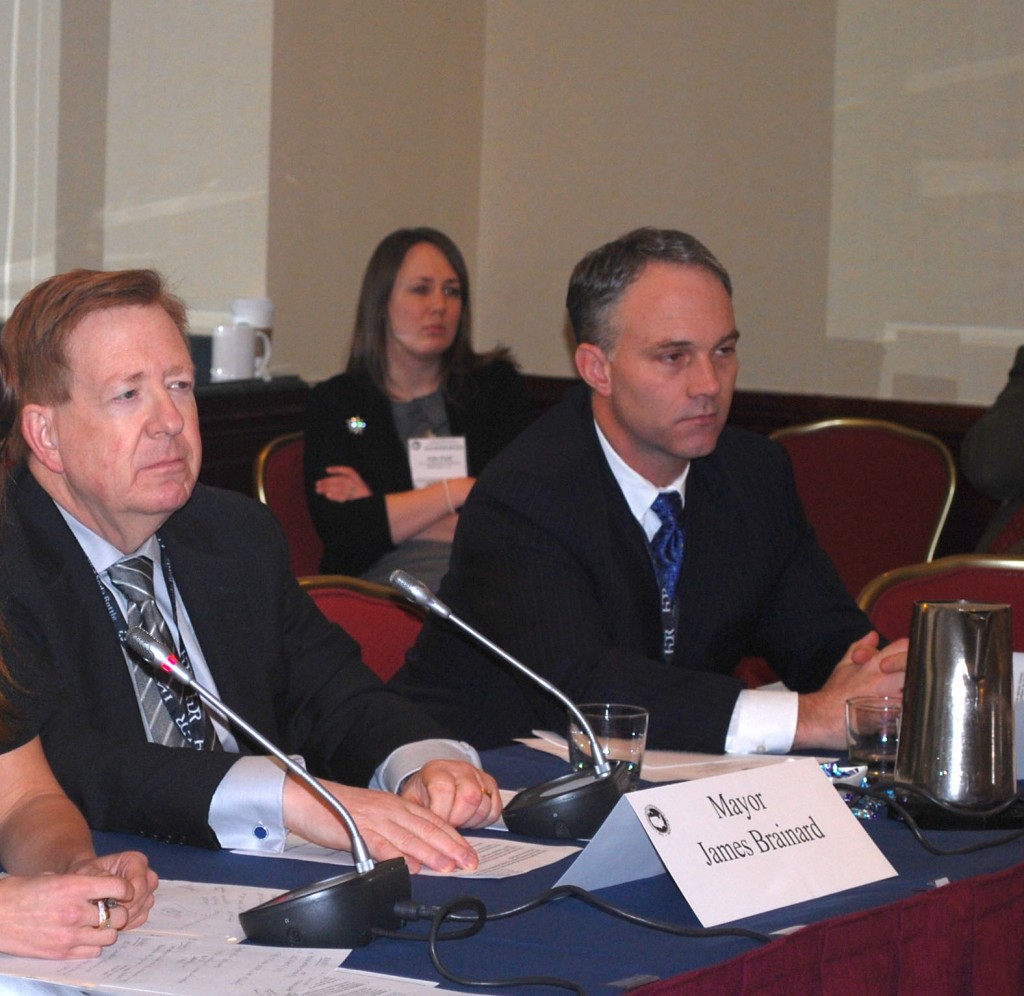 Brainard with New Bedford Mayor Jon Mitchell during the US Conference of Mayors Winter Meeting in Washington D.C. last month.

Brainard often uses these trips to get face time with officials who are deciding where to allocate federal dollars. Carmel has earned nearly $24 million in federal grants during the past five years, paying for new equipment for the fire and police departments, new high-efficiency LED streetlights for the city and helping to pay for new roads and trails. Would Carmel have gotten those grants if Brainard hadn’t made the trek? Perhaps, but the face-to-face meetings often bear unexpected fruit, Brainard said.

“I was having a casual conversation with a highway official, and he mentioned we could actually get 100 percent of the construction costs for our roundabouts (covered) because of the environmental benefits,” Brainard said. “Typically, we receive only 80 percent. We brought that information back with us; our local (Metropolitan Planning Organization) wasn’t using that (funding formula), but now they are. If I hadn’t had that conversation with that official, we would be missing out (on the extra funds).”

Some of Brainard’s trips bring in money to the local economy in other ways. Delegations from Michigan, Kentucky, Ohio and Tennessee have traveled to Carmel to experience firsthand what Brainard spoke about during his visits to their cities. After speaking at a traffic engineering conference, officials decided to hold its conference on roundabouts in Carmel, bringing in more than 400 people and nearly a half-million dollars into the local economy.

Brainard tries to multitask as much as possible on his trips, meeting with site consultants and journalists, to sell the “Carmel brand.”

“I’m out there to promote Carmel,” Brainard said, adding he hoped to bring in tourists as well as new corporate headquarters. “We’re not the other Carmel (by the Sea). We don’t have the oceans or the mountains, but we are the best place to live and work in the country.”