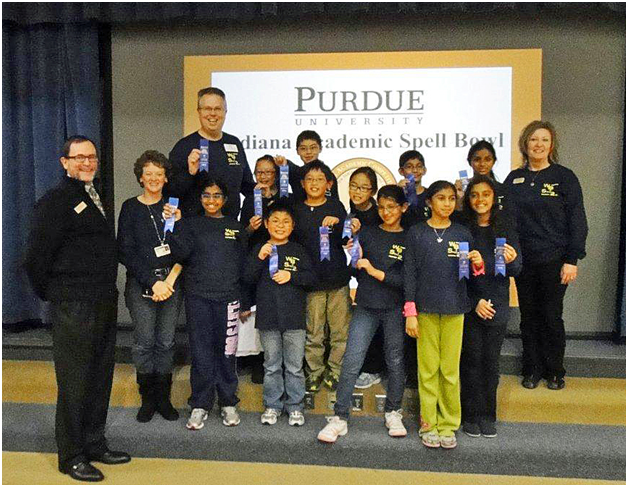 Jay Vahle, a Carmel Clay Teacher of the Year in 2009, has coached the Woodbrook Spell Bowl teams since 2004.

“I am so fortunate to be able to work with incredible kids,” he said. “They inspire others to give their best in all they do and are a reason to celebrate the love of learning!”