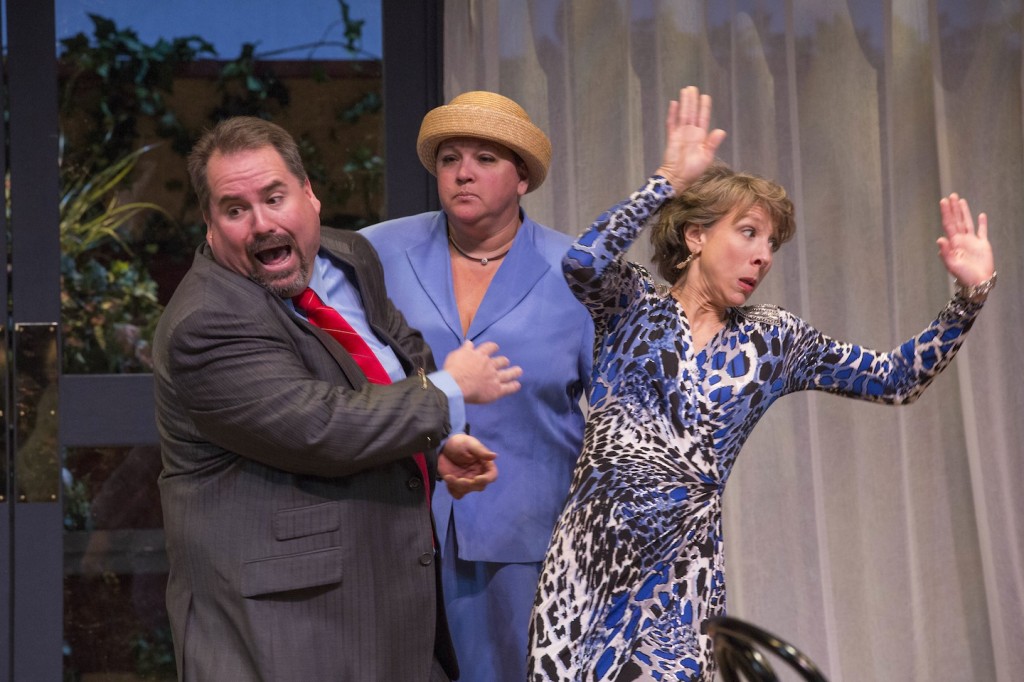 Michael Lasley, the show’s producing director is no rookie to the business. Lasley started his role as producing director in 2002 but has been working for Civic since 1990. Originally designing sound and building scenery, it only seemed natural to begin running more areas of the production.

“The main requirement is to be willing to ask anyone to do anything for little or no money and make sure they know how to do their job and get it accomplished on time,” Lasley said. “We can’t afford to miss deadlines in this business. Tickets have been sold, so the show must go on!”

Lasley explained that the most challenging part of this production, and for that matter any Ken Ludwig play, was that he tended to create difficult technical and scenic problems to solve.

“In this case, the entire show takes place inside the tap room in a country club until the final scene which takes you outside for the final putt of the tournament,” he said. 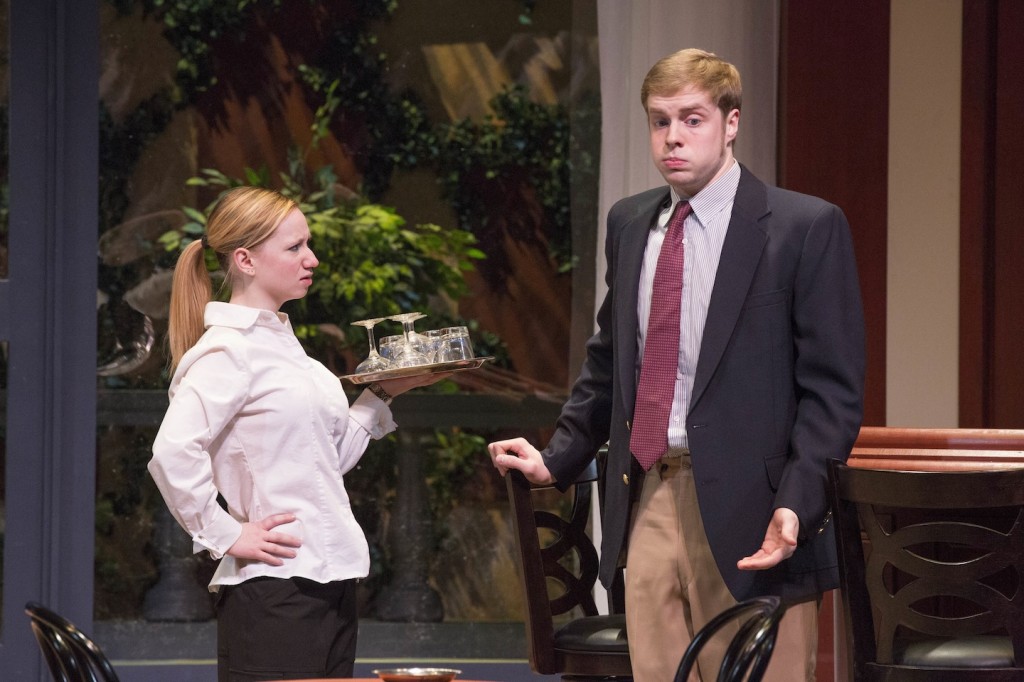 Justin (Geoffrey McKinney) explains to Louise (Melissa Mellinger) how he got his new job at Quail Valley Country Club.

Even with the challenges that come with being a producing director, Lasley enjoys being able to see the whole show being brought together.

“I enjoy most seeing the company as a whole succeed,” Lasley said.

“The Fox on the Fairway” follows two archival country club executives who go head-to-head with a personal wager during their annual golf tournament. This madcap adventure about love and golf takes its audience through mistaken identities, slamming doors and over-the-top romantic shenanigans.

“Nobody will appreciate the hysterical agony and ecstasy of the show more than those that share a love of the game of golf,” Lasley said. “It’s the kind of show that might just appeal to those that think theatre isn’t for them. It’s funny and accessible.”

The Civic Theatre strives to get a mixture of experienced actors.

“We are very pleased with the freshness and stability that this kind of casting brings to the Booth Tarkington Civic Theatre,” Lasley said.

Veterans Parrish Williams and Jean Childers Arnold (Henry and Pamela) have each done several shows with the Civic Theatre. Melissa Mellinger (Louise) is making another appearance for the Civic after her role in “A Chorus Line” earlier this year. Last week, rookies Paul Ellis (Dickie), Geoffrey McKinney (Justin) and Lynda Goeke (Muriel) all made their debut on the Civic’s stage at the show’s opening night.