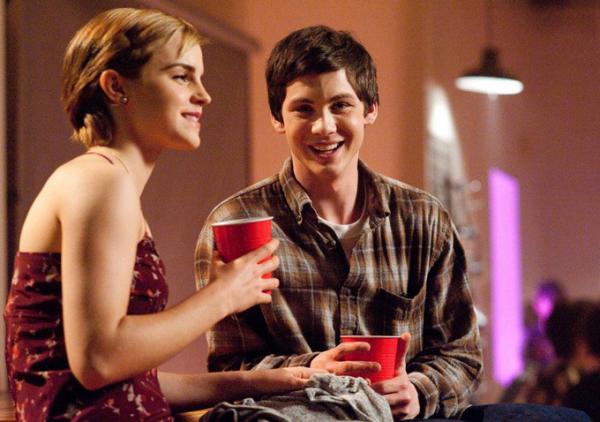 I’ve never attempted a double video review before, but the simultaneous release of “The Perks of Being a Wallflower” and “The Sessions” make for a perfect opportunity. Both are small, heartfelt, exquisitely acted dramas about people living on the margins of their community. And each film was virtually ignored in the Academy Award nominations.

In “The Sessions,” John Hawkes plays Mark, a man in his late 30s who is paralyzed and lives inside an iron lung. Frustrated with his virginity, he retains sex therapist Cheryl (Helen Hunt) to help bring him into adulthood, as he puts it.

“Perks” may just be the best high school movie of the last two decades. Writer/director Stephen Chbosky, who adapted the film from his own novel, perfectly captures the moods and fears of the teenage soul. Charlie (Logan Lerman) is a smart, outcast underclassman who gets taken under the wing of Patrick (Ezra Miller) and Sam (Emma Watson), a pair of popular but misfit seniors.

In a film year of highs and lows, these two stood head and shoulders above the crowd … despite Oscar’s snub.