You are at:Home»Current in Carmel»Carmel Community»Convention center study to be unbiased 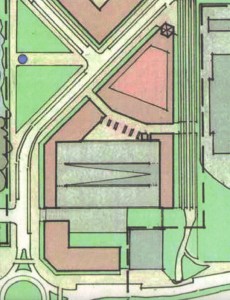 With the Arts & Design District off the ground, the Center for the Performing Arts completed and the next stages of City Center to break ground later this year, the City of Carmel and Mayor Jim Brainard have begun looking into the next potential project for Carmel: a convention center.

At the end of last month, the city hired William Greiner of Veridical, LLC to conduct a three-month feasibility study examining the possibility of a 50,000- to 60,000-square-foot convention facility in Carmel as part of the proposed Midtown redevelopment project, north of the Palladium.

Greiner has 39 years of experience across a number of fields including hotel, meeting and convention management. Additionally, he was the executive director of the Sharonville Convention Center for 20 years.

“Having worked in the demanding environment of private business, within the parameters of city government, both on the planner and supplier side of the convention business, I think I’ve gained an excellent understanding of the convention center business,” Greinier said in an e-mail.

While the idea of a convention center in Carmel may sound new to some, Mayor Brainard was quick to point out that it is something that has been discussed for some time, first being referred to as a “community center” in the city plans as early as 1997.

Greinier’s hopes to determine whether there is a demand for a facility of this type in Carmel. The preliminary evaluation of Carmel has led Greinier to believe that the potential users of such a facility will include local, regional, statewide and perhaps even out-of-state markets. From here, those involved in the study will reach out to as many as 1,000 potential users and gauge their interest.

Due to the preliminary nature of the project, Mayor Brainard did not wish to give any estimate on pricing, total venue size or a timeline for the project’s potential advancement given positive results from the study. Mayor Brainard also said that the city was open to all options at this point when it comes to investment in and payment of the potential facility whether it was entirely private, public or a combination of the two.

“The goal (of a convention center) would be to bring money into our community that supports our businesses, makes this a more successful area and keeps our taxes low,” Mayor Brainard said.

With facilities like Ritz Charles and the Fountains already established in Carmel, some are concerned that a convention center may take potential business, rather than create new business. Mayor Brainard does not believe that to be the case, although that is a component of the study.

“There’s a gap between what is available in existing facilities and what someone would get in the Indianapolis Convention Center. It’s a gap between being able to serve a banquet of over 750 and the large 20,000 to 30,000 person conventions (that would be held downtown),” Brainard said.

Suburban convention centers are not uncommon across the country. In addition to larger events, most centers take part in luncheon, banquet and wedding planning, the primary event type for Carmel’s established venues. The effect, if any, that a convention center of this size may have on other businesses in Carmel remains to be seen.

Charles Lazzara, president of Ritz Charles Inc., did not wish to comment at this time given the preliminary nature of the project.

In the past, Greiner has found cities to be both viable and not viable for facilities such as this, but stated that focusing on the facts is the most important aspect of a project like this.

“(Mayor Brainard) agrees that we conduct this study from a neutral position, without any influence, preconceived opinions or outside interests. We will conduct our research and collect facts,” Greinier said.