You are at:Home»Current in Westfield»WWS Food Services receives Award of Excellence 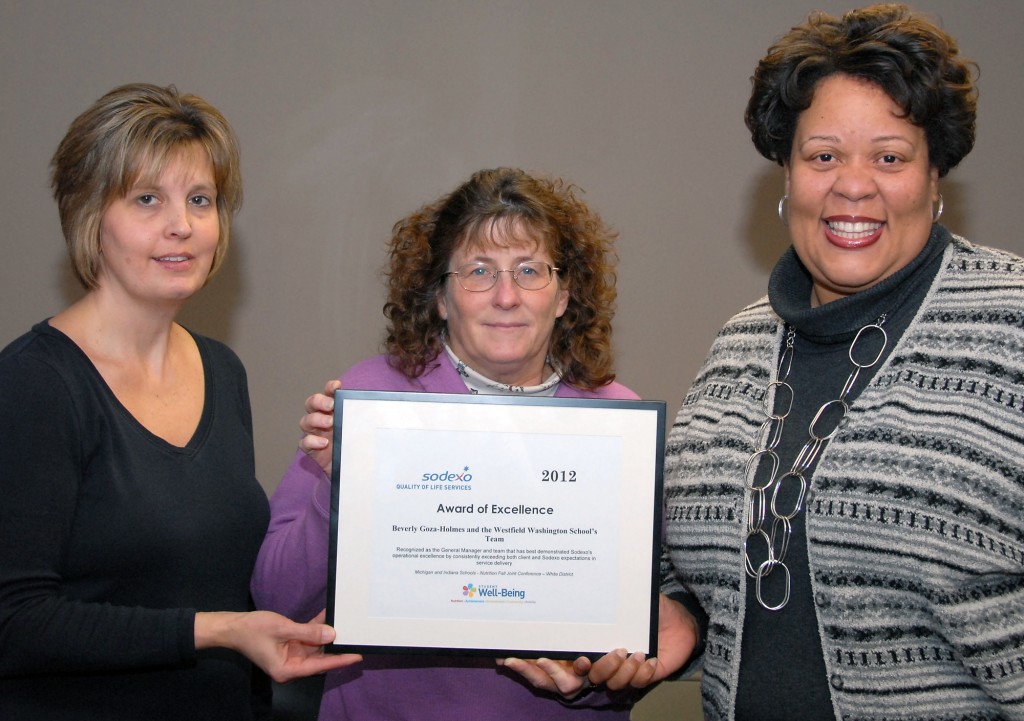 “This award is reflective of the partnership Sodexo has with Westfield Washington Schools,” Holmes said.  “I am extremely grateful to work with a district that puts its kids first.”

The Sodexo-WWS partnership is in its 15th year.

“We are proud of Beverly and her team and to partner with Sodexo in providing our students quality food services,” Nick Verhoff, WWS executive director of business and operations, said.