You are at:Home»Current in Westfield»Upcoming legislative session to impact schools 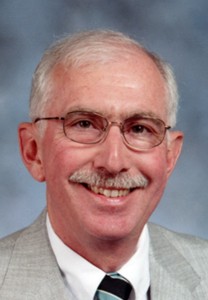 This legislative session will establish the school budgets for 2014 and 2015. The state controls the entire general fund, which is used to employ people and pay items such as insurance and utilities. You might find this hard to believe, but high performing schools like Westfield, Noblesville, Carmel and Hamilton Southeastern are at the bottom in the amount of money given to the schools on a per student basis. On the flip side, some of the poorest performing schools receive nearly twice as much money on a per student basis as we do. While I would agree that most of the low performing schools have students that come to school less prepared than we have, the difference seems too great, especially when those schools also receive large amounts of federal dollars to help.

Our citizens contribute more income and sales tax to the state than the state sends back in general fund dollars.

So the legislative items we will be pursuing with our elected officials are:

1. Shrink the difference between the top and bottom districts in the amount of money the state contributes on a per pupil basis through the general fund.

2. Reward districts for success. There are state dollars that flow to districts that have poor achievement; the same type of distribution should go to high achieving schools.

3. Give high performing schools waivers from state regulations. One size fits all control does not work well. Obviously, district with high student success do not need the restrictions and regulations of unsuccessful districts. Resources at the state are limited and should be focused on helping those districts with real problems.

There are other items, but these are the major ones. Item one could help us reduce the referendum tax rate. Items two and three could allow us to develop more innovative ways to use technology and to reduce reliance on textbooks (reducing those costs). Better instructional delivery and a reduced financial burden on our taxpayers creates a win-win situation.

While there is legislative support for these ideas, I may call upon you to contact legislators during the session if problems arise.