You are at:Home»Current in Westfield»Turning Pro 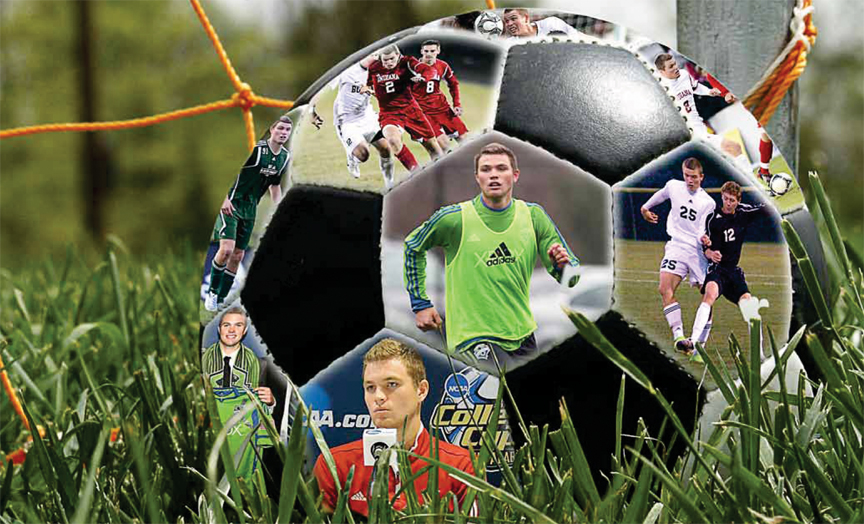 At age 20, Eriq Zavaleta is pursuing his dream of playing major league soccer for the Seattle Sounders FC

Eriq Zavaleta has been a soccer player his whole life.

“Ever since I can remember, there was a soccer ball at my feet. I dribbled it around the house until my mom told me to put it away,” Zavaleta said. “I loved the game so much and still love it today.”

As a Westfield High School freshman, Zavaleta made a life changing decision that dramatically altered his soccer career. He decided to leave high school and go to Bradenton, Fla., to train in the U.S. Soccer U-17 national team residency program.

“Locally, there’s great talent around town, but this was an experience unmatched by any,” he said. “It was a really tough decision to leave home, but I had to risk it and see what it was all about.”

His residency program team took Zavaleta to more than a dozen countries to play soccer and brought a position change – from forward to defender. Zavaleta said it was a tough transition to be away from his family, but the time spent training helped form the player he is today.

“Ultimately, my success began there,” he said. “Sacrifices really make your career.”

Zavaleta’s cycle with the national team ended before his senior season. After two years away from home, he returned to Westfield.

“I wanted to give my friends and family the opportunity to see me play,” Zavaleta said. “It was a really great experience to play for the school and represent Westfield.”

Following graduation, Zavaleta went to Indiana University, where he started every game his freshman and sophomore years and played a key part in the Hoosiers eighth national championship win in December.

“I went to Indiana to reinstall the tradition of soccer,” he said. “We had a good group of players. We had a really fun run in the NCAA tournament – very few people expected us to win.”

After winning the collegiate title, Zavaleta signed a Generation Adidas contract, which allows him to earn more than the MLS minimum and does not count against the roster limit. He could make as much as $100,000 per season.

On Jan. 17, Zavaleta was selected 10th by the Seattle Sounders FC in the Major League Soccer draft at the Indiana Convention Center. The Sounders traded its 16th pick in the first round as well as allocation money to Toronto FC in exchange for the 10th overall selection. 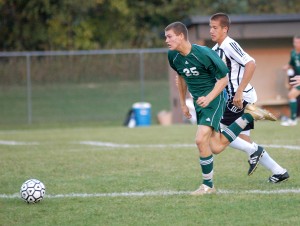 “I was nervous not knowing where you are going to go,” Zavaleta, who was projected to be picked in the top five, said. “Could it be 100 or 200 miles away to Columbus or Chicago? You don’t know what’s going to happen. I’m ecstatic to be a part of a good organization and coaching staff. I know I am put in a great situation.”

Zavaleta is headed toward a soccer hot spot, albeit 2,000 miles away from Westfield (Seattle finished third last season in the Western Conference). The Sounders’ average home-game attendance last season was 43,144 – nearly double that of the next-highest MLS team.

“I’m looking forward to playing for such an incredible team and such an awesome fan base,” he said. “The fan base in Seattle is unmatched by any MLS club, and to be able to be a part of that is going to be an honor.”

“I really couldn’t have envisioned it to go any better. This is the most ideal situation I could have,” he said. “I thought that this dream couldn’t get any better, and it has.” 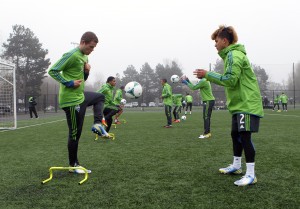 Where Zavaleta plays is not as important as getting on the field. He has played forward in high school and college and defender with the national team.

“I’ve been successful at any position,” he said. “Whatever position I’m put into, I’m learning from pros around me perfecting their craft.”

Before turning pro, Zavaleta had already compiled an impressive resume. In addition to the national team program, he’s played with the Real Salt Lake and Chivas USA academies. He also played in the U-17 World Cup and is in the player pool for the U.S. U-20 national team. Zavaleta hopes to one day represent his country in the World Cup.

“The U-17 World Cup was just a taste of the professional tournament. Since I made the jump to the pros, I have a greater chance to get there,” he said. “There are so many great players working hard to play for the national team. There’s a lot of hard work ahead of me, but anything is possible. I’m eager to work hard.”