You are at:Home»Night & Day»Second City’s “Laughing Matters” comes to Zionsville 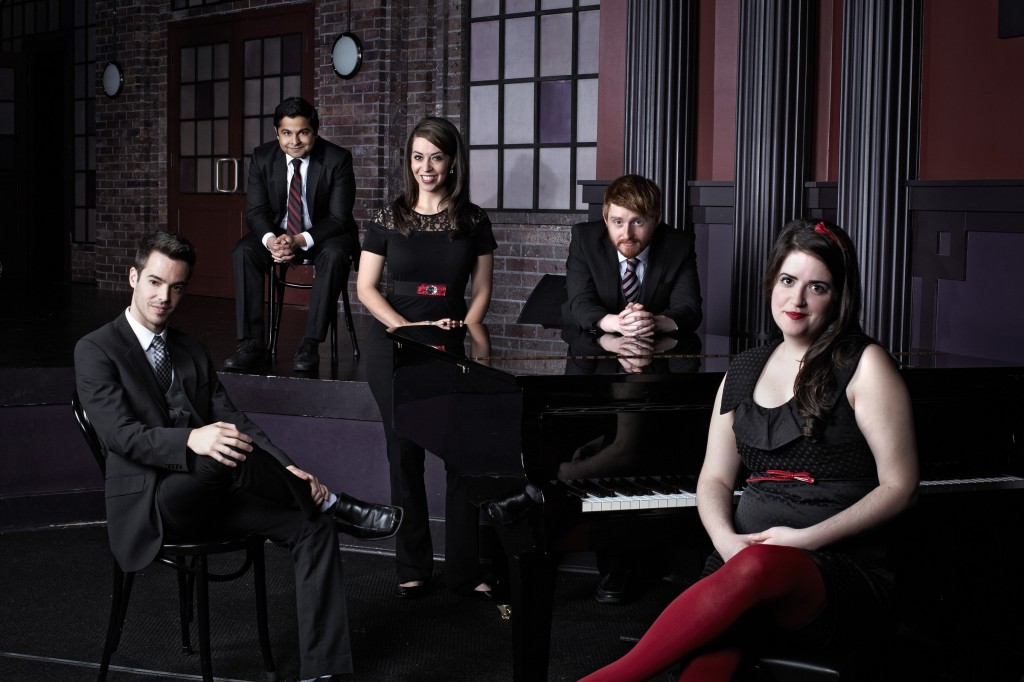 If you are looking for a good laugh this weekend, head over to The Second City performance, “Laughing Matters.”

Zionsville Band and Orchestra Patrons, also known as ZBOP, partnering with Fanimation ceiling fans and Current Publishing, have organized the group’s return this Friday at 7:30 p.m. at the Zionsville High School Performing Arts Center, 1000 Mulberry St. This will be the third year The Second City group has performed in Zionsville.

The company’s website says the group aims to provide an escape from the “economic uncertainty, political gridlock, and dearth of Kardashians clogging up our televisions” through “much needed silliness and hilarious spontaneity.” The show will include both improvisational and scripted elements, and keeps the audience involved throughout.

“There’s two to three improv games that we do throughout the show,” cast member, Eddie Mujica said. “The rest is scripted scenes, but with moments that are improvised. We end every show with an improvised third act. That’s my favorite part of the night.”

The Second City opened its doors in 1959 on the north side of Chicago and has since grown in reputation and location. The company has developed from a single stage to a multi-faceted enterprise of training centers, traveling troupes and resident performance groups in Chicago, Los Angeles and Toronto. The company has cultivated a number of comedic stars, including Tina Fey, Steve Carell, Stephen Colbert and Bill Murray, and boasts the largest training centers for improvisation and acting in the nation.

Although The Second City has visited Zionsville twice before, ZBOP Chair Ann Pagano assures that the audience will be fully entertained.

“Every year, it is a different show. New skits and, of course, improv is improv,” Pagano said. “We are hosting Second City for the third year because they attract an interactive crowd to the Zionsville Performing Arts Center and to Zionsville.”

In addition to the show, Second City will offer two, 90-minute comedy improv workshop for all ages at 4:15 p.m. on Friday at a cost of $15 per person.

“The workshops are very hands-on, not a lot of sitting down. We try to keep the whole group up and going,” Mujica, who will be teaching the beginner group, said. “We start out with some warm-up exercises and some scene work, but then we tailor it to the group we have with us.”

Classes are grouped by level, either beginner or advanced. Customizable small group workshops are also available by request.

“It’s a good time,” Mujica said. “I think laughing is something that’s essential in everybody’s life and, for these two hours, you can come and forget about anything else and lose yourself in the show and laugh along with us. We definitely enjoy being up there and hope you do too.”

What: The Second City’s 2013 tour “Laughing Matters”
When: Friday at 7:30 p.m. (Doors open at 7 p.m.)
Where: Zionsville High School Performing Arts Center, 1000 Mulberry St.
Cost: Tickets can be purchased in advance at select Marsh stores, located in Zionsville’s Boone Village or 106th Street and Michigan Road or through www.tix.com for $15. Tickets are $20 at the door. Workshops are $15 per person.
For ticket or workshop information, call 873-3355 ext 12940.