After 17 years, Clerk-Treasurer Diana Cordray continues to focus on transparency, technology and responsibility to the taxpayer 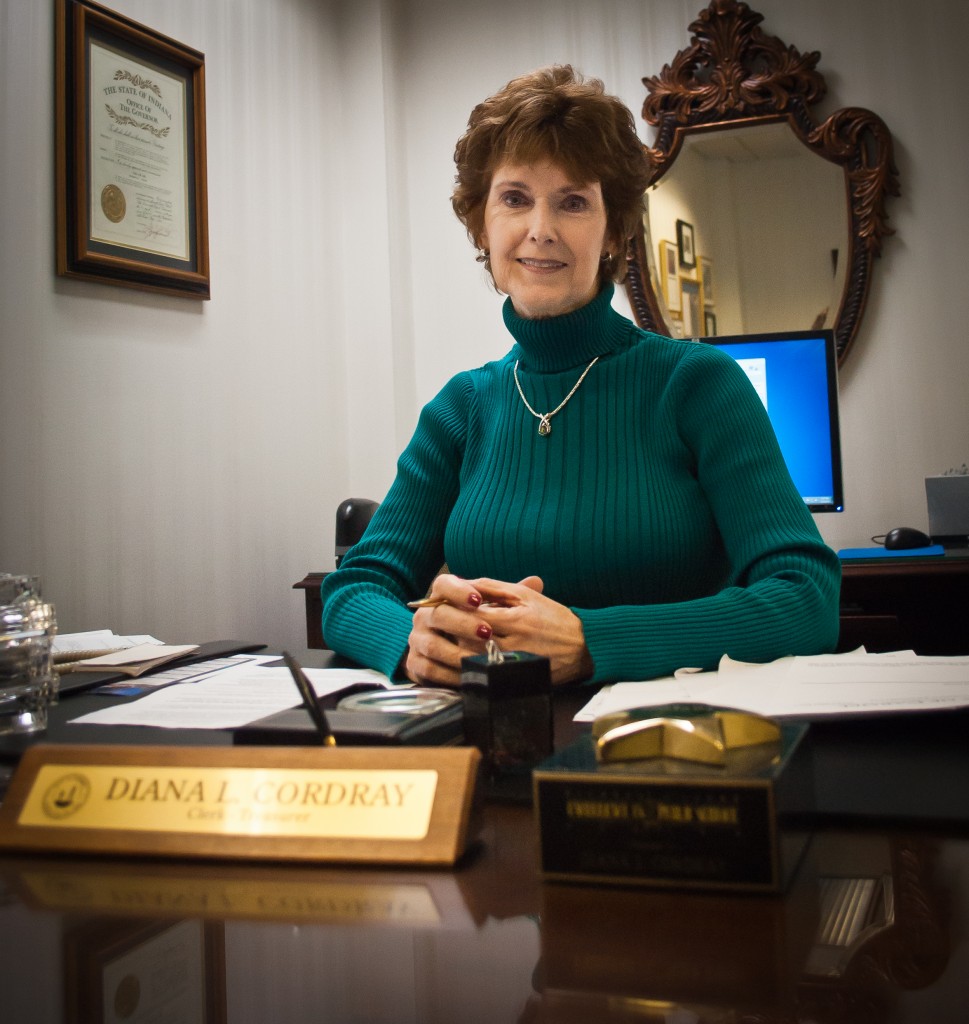 For more than 17 years, Diana Cordray has been the Clerk-Treasurer. Combining the roles of a city clerk and city treasurer, the position is responsible for managing all of Carmel’s documentation as well as all of the city’s payments, investments and assets.

The beginning of a career

First being elected to the office in 1996, Cordray joined Mayor Jim Brainard in his first term as well as six new city council members. It was a year of monumental change within city government.

“I had never planned more than the first four years. I wasn’t sure what I was getting into,” Cordray said. “To say we looked like deer in the headlights was absolutely true.”

Two aspects of the office Cordray focused on during her first term were efficiency and transparency. By 2000 under her guidance, Carmel became one of the first communities in the state to use LaserFische, technology that allows the city to create soft copies of a majority of its documents.

Carmel’s database is accessible from anywhere by anyone with an internet connection, something that is very important to Cordray. The technology also allows for more efficient document retrieval across departments and for greater transparency between the city government and its taxpayers.

“Efficiency has always been important to me. I came from business, and I have run a household. If you don’t have a mountain of money to throw at a problem, you have to be more efficient,” Cordray said. “We are managing a budget over $100 million, and we have 600 employees. That’s a business.”

Running the government as a business is central to Cordray’s philosophy. Over the years, she has worked to remove costs and increase efficiencies wherever possible, the exact same thing she says she would do if running a business.

Beyond the addition of LaserFische, the city transitioned to electronic payroll in 2006, becoming one of the first cities in the state to do so. Cordray plans to continue embracing technology in the name of efficiency this year as the city moves toward transitioning all of its accounts payable to operate electronically.

Cordray does not believe that her philosophies regarding local government and any of the positions within have changed during her years of employment.

“We do the public’s work. I believe they have a right to know what we do, what it costs and the effect it has on them because I work for the taxpayer, I am the taxpayer and that is extremely important to me,” Cordray said.

While the Clerk-Treasurer does not have any voting power, Cordray’s focus on the taxpayer, service and transparency has always given her an activist mindset when it comes to her role within City Hall.

“When I talk to (the city council), I am talking to them from the perspective of a taxpayer. I write a decent check every year,” Cordray said. “The fact that I have been here this long, worked with so many people and talked to so many people around the country, I do think I have a perspective that has some value to it. They may dismiss it, but I feel that I have an obligation to at least share that perspective so that it may broaden their view on the direction that they’re going.” 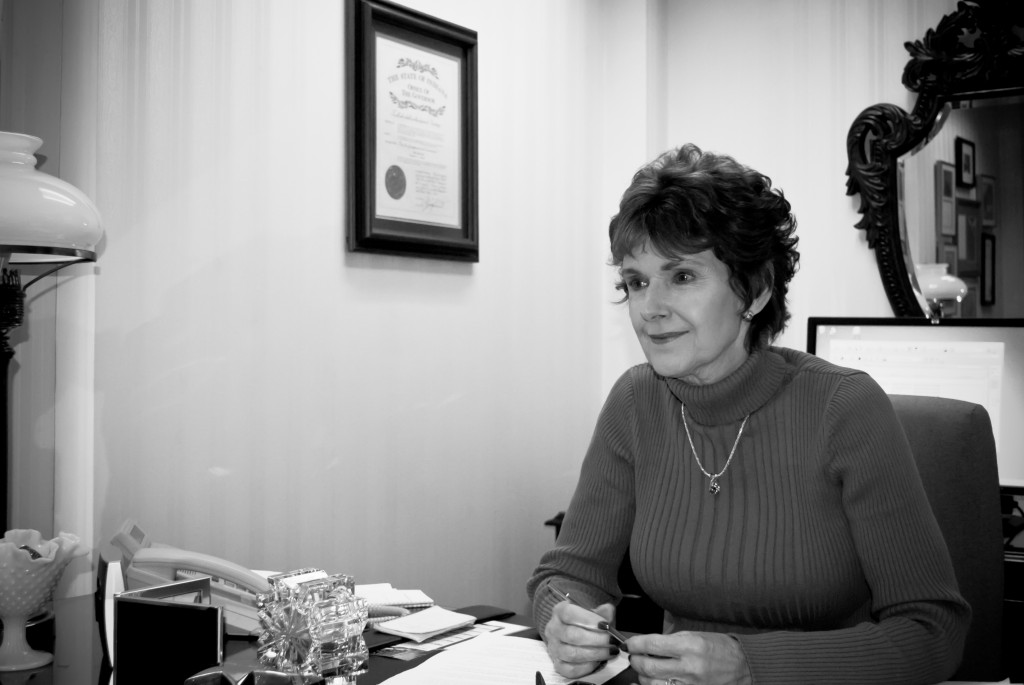 With her career as clerk-treasurer nearing two decades in length, Cordray has found the biggest change in Carmel to be the city’s massive growth, something that she never would have anticipated when she started the position.

“Between 1996 and 2004, we incorporated lots and lots and lots of areas. There’s been rapid growth through annexation. I don’t think we can ever match that growth again because there’s not that much land to work on,” Cordray said. “When I first moved (to Carmel) in the late 70s, it was only 14,000 people. ‘Quaint’ is the word I would have used for it then. I think we’ve moved beyond ‘quaint.’”