You are at:Home»Current in Carmel»Carmel Community»CRC ordinance could be fought in court

A contentious battle over control of the Carmel Redevelopment Commission might be fought in court. 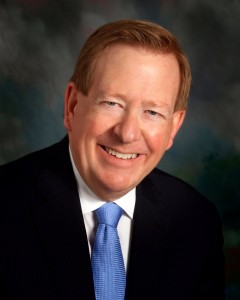 Mayor Jim Brainard told the Carmel City Council that parts of an October ordinance that gave the council more power over the CRC conflicted with state law, councilors say.

The council demanded the mayor and the CRC agree to the conditions in the ordinance before it agreed to a nearly $200 million bailout of the CRC’s debt. Now that the refinancing is complete, councilors fear the administration will seek to nullify their leverage against the CRC.

There are at least two spots in city ordinance D-2108-12 that may conflict with state law: establishing the Carmel Clerk-Treasurer as the treasurer of the CRC and retaining and regulating salaries of consultants and employees. It’s not known if an earlier ordinance – allowing the city council to approve any new debt by the CRC – could be challenged as well.

Brainard expressed hope that he and the council could work together to resolve any issues, and that the courts wouldn’t be needed to settle the issue, but he refused to comment further.

Current in Carmel filed an information request with the city last week seeking all relevant e-mail correspondence concerning the CRC. The city has not yet responded to the request.

CRC Executive Director Les Olds and four other members of the CRC were supposed to become city employees as part of the city’s Carmel Redevelopment Authority on Jan. 2 but have yet to be added to the city’s payroll. A salary amendment authorizing the additions was tabled during Thursday’s special council meeting after a last-minute discussion between Brainard and Councilor Luci Snyder about its legality.

The discussion was yet another example of the confusion surrounding the redevelopment group, as officials have massively different expectations regarding the city’s oversight of the CRC. Clerk-Treasurer Diana Cordray expressed her frustration with the CRC and the administration last week, complaining about a lack of communication and transparency. CRC documents were removed from the city’s locked records storage and returned to the CRC’s Main Street headquarters at the behest of the mayor, Cordray said.

On Jan. 2, $3,950,000 in CRC funds were transferred to the city’s coffers as part of the transition, according to city spokeswoman Nancy Heck.

Sharp admitted the council might be the first to instigate court proceedings if the CRC continued to operate as if it were business as usual.

“That would send a bad message to the council,” Sharp said, adding it would also likely further sour future dealings with the mayor.