You are at:Home»Lifestyle»Blueprint For Improvement»Creating a beautiful bathroom in a small space 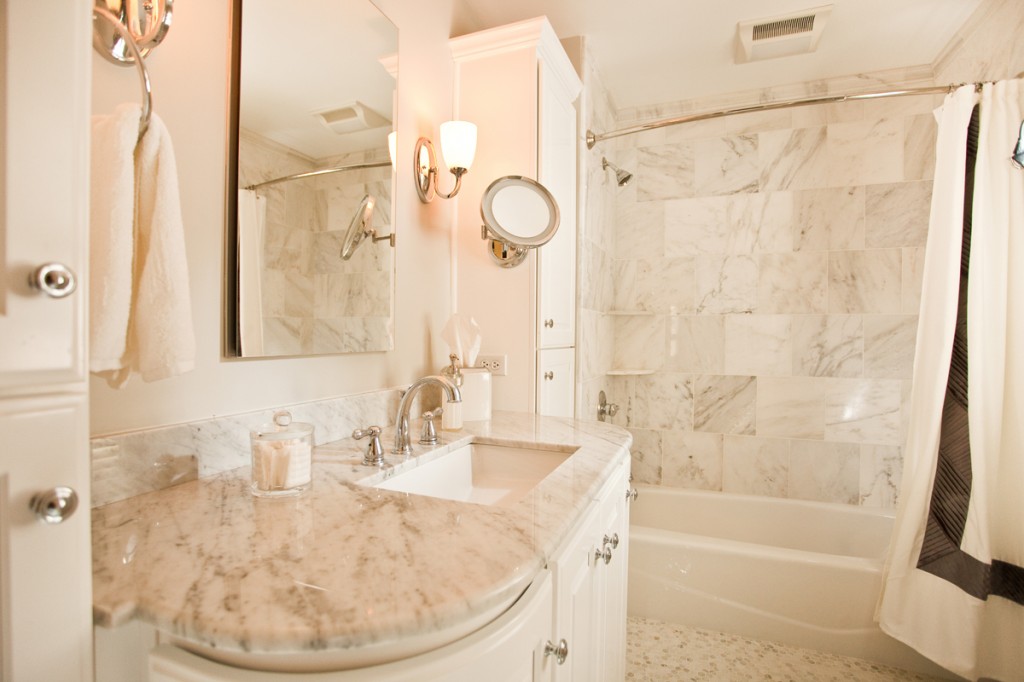 ORIGINAL BATHROOM: This home is located in the Irvington neighborhood on the east side of Indianapolis and was built in 1941. The current owners are the third owners. The property is the original farm in Warren Park, a four-block radius neighborhood near Irvington. According to the homeowner, “The bathroom is tiny and the prior owners had installed bypass sliding doors on a very high tub. I broke my foot over the summer and struggled to use the shower. We knew we needed a lower tub and more countertop space.”

DESIGN PHASE: Maximizing storage in a relatively small footprint was the main design goal for this bathroom. By reworking an adjacent closet, space was able to be added to the bathroom. Tower cabinetry allowed the use of the vertical space. Material selection and overall style reflected the desires of the client. “When I was in Italy, I saw gorgeous marble bathrooms and I knew I wanted one for myself,” the homeowner said. “Our designer suggested the curved vanity. I like angles, and wanted an old-world feel to the bathroom – a vintage modernized look. That is where the idea for the curved vanity came from.” 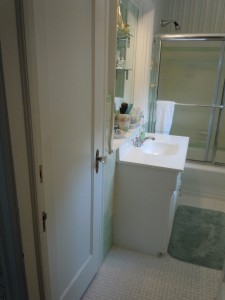 FAVORITE FEATURES: The owner commented, “The marble tile is the star of the show in this remodel.” Elegant 12-inch by 12-inch tiles in a staggered pattern cover the shower wall, finished with Hampton Carrera bullnose and crown molding. On the floor, 1-inch Hampton Carrera hexagon tiles were laid in a straight pattern. According to the homeowner, “I really like the flooring in the new bathroom. During design, large tiles on the floor just did not seem to fit. The small tiles are juxtaposition to the large tiles on the shower wall.”

FINAL RESULT: “When I walk in to the bathroom, I feel like I am in a spa, even though it is a small space. You do not have to have a large space to create a beautiful bathroom.”